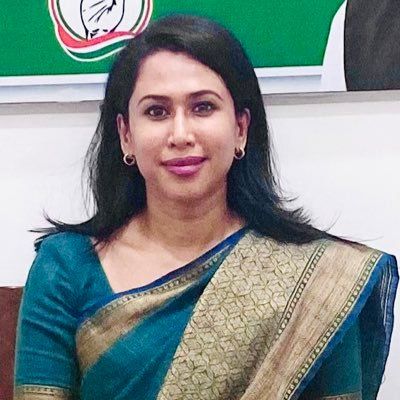 Spokesperson: Dr. Shama Mohamed: She said that according to the video where students are seen crying at that place (in Ukraine), there are 800 students without water and food. They are desperate to leave but cannot as they have to walk more than 50 Kms to the border in the midst of snipers & missile attacks.

The heartless, arrogant, obstinate & cruel mindset and attitude of the Modi government has been exposed when it comes to evacuating the 20,000 Indian students stuck in Ukraine. The Congress Party demands to know how many of the 20,000 children are still stuck in Ukraine and what is their exact location, in which city? Which part of Ukraine Odessa, Sumi and Kharkiv are the students stuck in?

PM says in a campaign rally that it is due to India’s rising strength that we are safely able to evacuate our nationals. Why is the PM chest thumping & using this evacuation for political mileage? So far, we have only done part of the evacuation but PM has already declared the operation successful.

The borders of Romania, Hungary & Poland are more than 1,000 Km from east Ukraine and it is impossible for them to make the journey alone. Many of them have even run out of food and water. The Congress party demands to know what the mode of transportation is that is being arranged by the Government of India to ensure that none of our citizens are left behind.

If the PM has spoken to Russia & Ukraine for the safe passage of our children in the midst of ongoing attacks & rampant firing, why are our students still not evacuated? The Government has sent four union ministers to neighbouring countries. What was the need to send them to safe zones when our students risk their lives and travel by themselves in War Zone? The ministers are there just to receive them with bunch of roses. Students have complained that they haven’t been able to contact Indian Embassy officials in Ukraine. The Congress party wants to know how many officers are deputed and how students are supposed to contact these officials when they won’t answer the phone calls.

When our students are battling life and death, BJP ministers are making shameless and cruel statements insulting them.

Prahlad Joshi, Minister of Parliamentary Affairs, has the audacity to say that said most children go abroad because they fail NEET in India. Naveen, the student who was killed, has scored 97%. How can the minister insult our students like this?

Another Minister Gen (Retd.) VK Singh has admitted that there are two students who have died & said these deaths are normal in War. Let me remind him, this is not our war & our students are caught in crossfire. Are students expected to leave a warzone on their own without any help from the government? What explains such callousness from these ministers?

Arvind Bellad, BJP MLA from Karnataka, when asked about bringing back the body of the Indian student killed in Ukraine, says “A dead body takes up more space in a flight”. Does BJP condone this heartless comment! This man must be sacked immediately!

Does the PM approve of such statements? If not, why hasn’t any action been taken against them yet?

There have been reports of Indian students being stopped from entering trains, being chased away from train stations, and even being threatened to be shot. Why is the Indian government not intervening to ensure that our students are not being discriminated against? Many other countries have already evacuated their citizens with time to spare. Why did the Indian government wait till the last moment to issue an advisory and arrange evacuations? The advisory issued on Feb 15 said, “Students whose stay is not essential may consider leaving temporarily.” Many other advisories issued are nearly impossible to adhere to, such as the urgent advisory issued by the Govt. on March 2 giving students less than four hours to leave Kharkiv, despite it being a warzone.

When the Persian Gulf War happened in 1990, the Indian government safely evacuated 170,000 Indians. The government engaged with Iraq to ensure that Indians were not harmed and were safely returned to their homeland. This operation was so successful that following its completion, Air India entered the Guinness Book of World Records for the most people evacuated by a civil airliner. No minister was sent to promote the government while this was being done. No minister asked Indians to say “PM Zindabad” like today we hear students being told to say “Modi ji ki Jai” after they got rescued. Is this China or North Korea that we hail our leader for doing his duty!

Successful operations were also carried out to evacuate Indians in Lebanon in 2006 and Libya in 2011. There was no chest thumping seen there. No one was asked to thank the PM because it is the PM’s job to ensure the safety of citizens. An Indian student died because the government didn’t evacuate him on time. Countless others are still trapped in the warzone. Why is the PM patting himself on the back and trying to garner votes through such statements when students are still fighting for their lives in a warzone? The entire Operation to evacuate students from Ukraine has been badly botched by the government, and instead of saving the lives of Indian citizens, Self-promotion has become the No.1 priority of this government.

The Congress Party demands that the government immediately make public the number of students trapped in Ukraine, their locations, and the steps taken to ensure their safe return. Students are the future of our nation, we cannot fail them. Friday, March 4, 2022 March 7, 2022