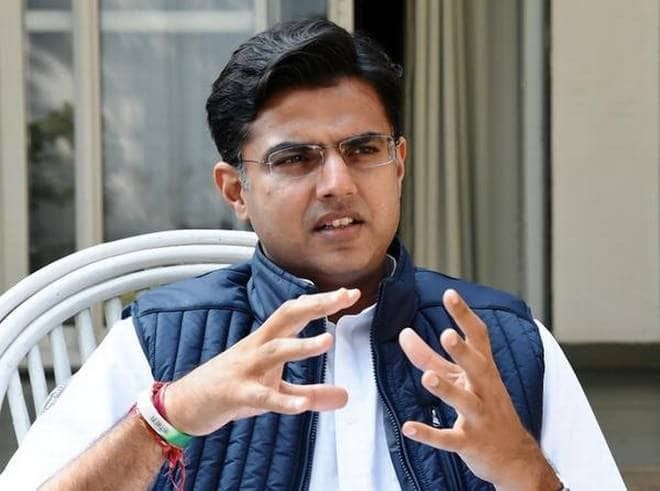 Spokespersons: Shri Sachin Pilot, Shri Rajiv Satav and Ms. Sushmita Dev: Shri Sachin Pilot said a very good morning friends, you all are very welcome. Today we, Rajiv Satav ji and Sushmita ji have come before you to reveal something and share some important information. For the last four and half years there is a government in this country where it is trying to create confusion by making tall claims that the economic prosperity and wealth of the country is secure in its patronage. But the reality is that the Prime Minister of the country, the Finance Minister and the whole structure of the country are trying to protect the economic terrorists in the country. This government has done the sordid act of providing safe passage to fugitive frauds.

The three Cs - collusion, connivance and conflict of interests of the Finance Minister with Mehul Choksi now stands exposed. There has been a bank fraud of 53,000 crores. Vijay Mallya, Lalit Modi, Nirav Modi, Mehul Choksi and one after another every revelation kept the government on tenterhook and the government remained unsuccessful in defending itself. The people who were talking of acting as a watchdog are unable to explain as to how the bank looters and those who embezzled thousands of crores managed to flee to foreign countries? And after their escape what is coming out raises question for which the government has nothing to say in reply.