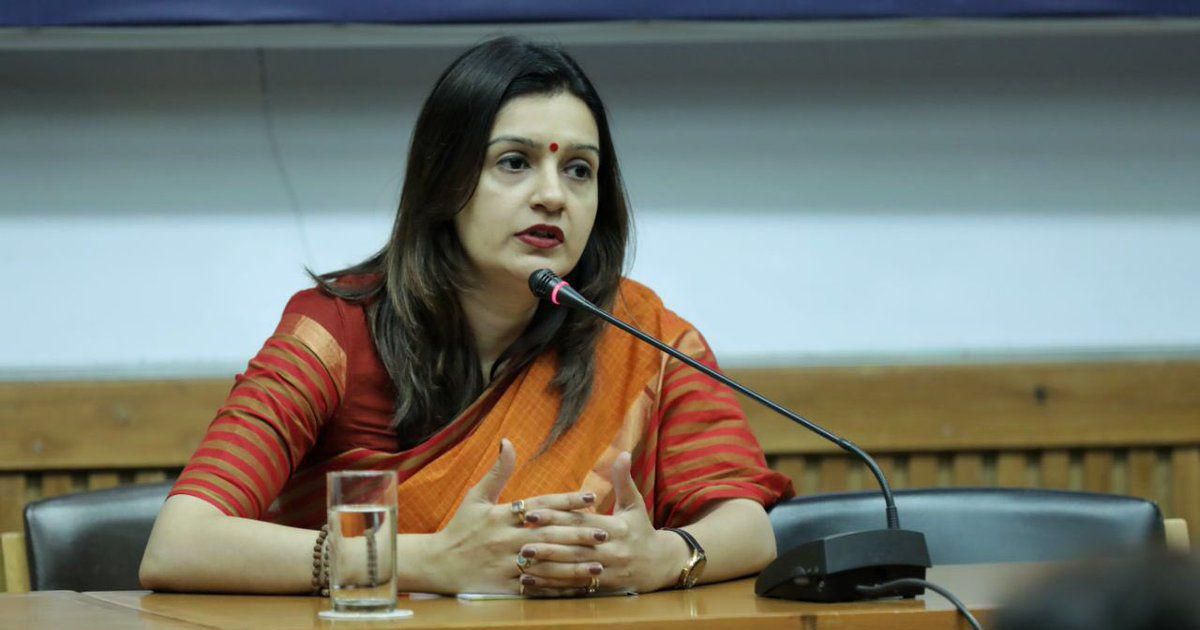 Ms. Priyanka Chaturvedi said today the country celebrates Mahalya. On the eve of Navratra’s when Goddess Durga is about to enter our homes, the unabated incidents of Violence Against Women (#VAW) never end in the BJP ruled states. As the country is slowly opening up to India’s #MeToo Movement; gruesome incidents that reveal the mindset and the policy failure of the BJP gets starkly exposed.

Shocking Story of Women Being Strip Searched in Shri Amit Shah’s Rally The BJP is suffering from melanophobia- the fear of colour black, these days. After black scarves, balloons and flags now even black undergarments are giving BJP the blues. In an outrageous incident during a Mahila Sammelan at Bhilai Charoda in Chhattisgarh that was being addressed by BJP President, Shri Amit Shah- women were strip searched in the name of security. This shocking incident has once again exposed the ‘MahilaVirodhi’ mindset of the BJP. It is nothing but outraging the modesty of women folk who had come to listen to Amit Shah. Congress party feels that this mindless act in the name of security is akin to ‘molestation’ and strict action should be taken against those police officers who were involved in this incident and Shri Amit Shah should apologize to the women of Chhattisgarh and the nation.

Terrible Tale of Attack on Bihar School Girls by Eve Teasers In a horrifying incident, 34 School Girls in ‘Jumlababu+Kushasan Babu’ were violently attached by two dozen boys, when they resisted eve teasing in a Supaul school. This has led to serious injuries to about 30 school girls. Some of the girls had caught a group of boys sneaking into the Kasturba Residential School, a government institution for girls, and asked them to leave. But when the boys refused and misbehaved, the girls acted in self defence. After two hours, in a serious case of mob-violence and backlash, the boys returned with their parents and relatives and barged into the school and attacked the frightened girls.

Post the gruesome incidents in Muzaffarpurwhere 42 girls aged between 7-17 age; have been sexually assaulted shelter home, this exposed the hollow claims of the Nitish Kumar led JDU-BJP Government. NDA Govt in Bihar has given a ‘Free License to Oppress’Women! High time there is a Judicial Investigation in the entire incident and the culprits are brought to book!