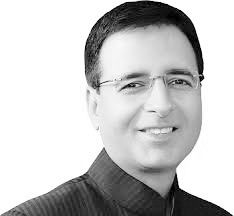 The recent NCRB Report on “Suicides & Accidental Deaths in India”, released by the Modi Government is frightening and heart rending to say the least. The report with its figures regarding suicide, underlines the unprecedented tragedy that is ruining India. Hapless citizens, grinded under extreme apathy and insensitivity of the Government during its 7 years’ regime up till now, have been losing the last hope and committing suicides. Be it annadata- farmers, toiling labourers, daily wagers, housewives or unemployed educated youth, it is a saga of unending hopelessness across the spectrum. Opportunities for the aspiring have been converted into cesspools of suicidal depression.

During the last 7 years between 2014 -2020, the failed and insensitive policies of the Modi government pushed 9,58,275 Indians into ending their lives by committing suicide. Today, in an attempt to mask its failed anti-people policies, the government is nakedly resorting to perpetuating divisiveness, negativity, hopelessness amongst the people.

NOTE: All the social categories are not mentioned in the above chart. The horrific state of suicidal affairs in the country have been projected through highlighting the condition of the limited social categories.

During the past 7 years due to the crony-capitalist friendly and anti-farmer policies of the Modi government, 78,303 farmers committed suicide of which 35,122 were farm labourers. There was an increase of 19% in the number of suicides from the year 2019 to 2020. The Modi government literally forced the farmers into committing suicide. During the last 7 years the per hectare cost input into agriculture increased by a whopping Rs. 25,000. A recent report released by the Ministry of Statistics pegged the average daily income of farmers at a dismal Rs. 26.67 even as the average loan on a farmer hovered at Rs. 74,000 per farmer. The government has itself accepted in its report that procurement from farmers is not being done at the Minimum Support Price (MSP), and that they are being forced to sell their produce at 40% lesser price. Not only this, the much-hyped Pradhan Mantri FasalBima Yojana, rather than helping the farmers, ended up profiteering private insurance companies to the tune of Rs. 26,000 Crore. To top it all, the three Black Farm Laws aimed singularly at benefiting monopolistic corporate houses at the cost of the hapless farmers, has proved to be the proverbial last nail.

During the Modi Government’s tenure from 2014 to 2020; 69,407 students were forced into ending their lives. The increase in terms of percentage was shocking 55% during this period. Not only this, 86,851 individuals marred by perpetual unemployment, ended their lives. In terms of percentage there was 58% increase in the number of unemployed committing suicide if we compare figures from 2014 and 2020. These conditions have been curated by the inefficiency of the Modi government during the 7 years of its rule. Official data of 2017-18 released by the Labour Ministry pegs the unemployment figures at a 45 year high. The students and employment-seeking youth of this country are facing nothing but a bleak future bereft of any hope. 4. Even as daily incomes stagnate and decline, daily wagers are being pushed over the brink

The daily wagers are facing the maximum brunt of failed policies of the Modi Government. Between 2014 and 2020, 1,93,795 daily wagers committed suicide. What is more shocking is that there has been a horrendous increase of 139.37% in the numbers when figures from 2014 and 2020 are compared. An OXFAM report reveals that the during the recent days, while hundred richest Indians increased their wealth by Rs.13 Lakh Crores, 12 Crore Indians lost their jobs. Not only this, the RBI in its report underlines that, policies like demonetisation and flawed GST implementation severely affected the Small and Medium Enterprises- especially those of the unorganised sector, which in turn resulted in crores of Indians losing their jobs and livelihood.

Consistent inflation, high prices and lack of employment opportunities have proved to be the main reasons behind severe domestic discord that leads to housewives preferring suicide. Between 2014 and 2020, 1,52,127 housewives committed suicide. The situation today is marked by an unprecedented inflation where the cost of a cooking cylinder has crossed Rs. 1,000, cooking oil is selling above 200 Per litre, while petrol and Diesel have both crossed Rs. 100mark. Fruits, vegetables or food grains and milk all are selling at unprecedented high prices. However what’s even more tragic and shameful is that none of these diabolic figures seem to be affecting this insensitive government which continues to lust after power. Faced with hopelessness and gloom of unemployment, inflation, rising prices of crops and overall uncertainty, the people of the country are embracing death over life by choosing to commit suicide. The rate of suicide in India has gone up by 16 percent in 2020 in comparison to year 2014. Statement issued on November 7, 2021