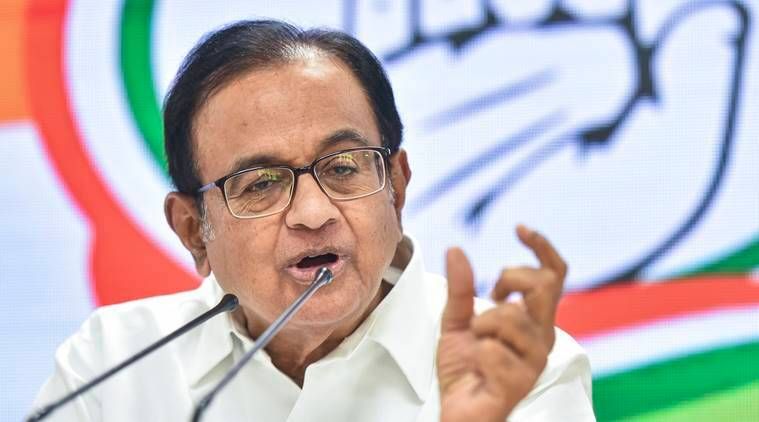 There are no surprises in the 10-page Press Note issued by the National Statistical Office on the provisional estimates of Annual National Income for 2020-21. As expected, the GDP at constant prices recorded a negative growth of (-) 7.3 per cent, the first time India has recorded negative annual growth since 1979-80.

2020-21 has been the darkest year of the economy in four decades. The performance in the four quarters of 2020-21 tells the story. The first two quarters witnessed a recession (-24.4 and -7.4 per cent). The performance in the third and fourth quarters did not herald a recovery. The estimated rates of 0.5 per cent and 1.6 per cent were due to a very low base of 3.3 and 3.0 per cent in the corresponding quarters of the previous year. Besides, these rates come with a number of caveats. When the first wave of the pandemic appeared to subside last year, the Finance Minister and her Chief Economic Adviser began to sell the story of a recovery. They saw “green shoots” when no one else did. They predicted a V-shaped recovery. It was a false story and we had expressed our strong reservations and warned there were no signs of a recovery. We had pointed out that what the economy needed was a strong dose of stimulus, including increased government expenditure, direct transfers of cash to the poor and liberal distribution of free rations. Our pleas fell on deaf ears, and the result is a negative growth of (-) 7.3 per cent.

What is most worrying is that the per capita GDP has fallen below Rs. 1 lakh, to Rs. 99,694. In percentage terms it is a decline of (-) 8.2 per cent over the previous year. It is lower than the level achieved in 2018-19 (and maybe even 2017-18). The deeply worrying conclusion is that most Indians are poorer than they were two years ago.

The Press Note of the NSO reveals that in respect of most economic indicators they are worse than what they were two years ago. Examples are:

Private consumption Gross fixed capital formation (GFCF) Exports Imports The current state of the economy is no doubt largely due to the impact of the pandemic, but it has been compounded by the ineptitude and incompetent economic management of the BJP-led NDA government. Good advice by distinguished economists and renowned institutions has been rebuffed. World-wide experience has been ignored. Suggestions on fiscal expansion and cash transfers have been turned down. Hollow packages like Atmanirbhar have fallen flat.

We are glad that the two leading chambers of business and industry — CII and FICCI —have, in the last few days, echoed our views and pleaded for fiscal expansion, including cash transfers to the poor. The RBI’s monthly review has flagged the ‘demand shock’ and its consequences. The CMIE report on loss of jobs and growing unemployment is alarming. The research and survey reports of Azim Premji University have concluded that 23 crore people have been pushed below the poverty line and into indebtedness. We may note that Nobel Laureate, Dr. Abhijit Banerjee, has called for printing money and increasing spending. Yet, even as recently as yesterday morning, the Finance Minister gave a long interview to some newspapers defending her misguided and disastrous policies.

The second wave of the pandemic is upon us. So far, it seems to be following the same pattern as the first wave, except that it has wrought more damage in terms of numbers of infections and deaths. If 2021-22 should not go the same way as 2020-21 did, the government must wake up, admit its errors of commission and omission, reverse its policies and heed the advice of economists and the Opposition.

On loss of jobs & reduction of income in various sectors All these are clear indicators that the economy is in dire straits. The CMIE is the only reliable periodic report that we get on employment and unemployment. They have highlighted and Mr. Mahesh Vyas has come on several shows to say, two things are absolutely true, 1. The labour force participation rate is declining and 2. Unemployment is growing. I have given out the figures in my column last Sunday. Unemployment has now crossed 11%. This is the fact, Azim Premji University research shows that the 23crore people may have been pushed below the poverty line. Now this almost completely wipes out that 27 crore people, who were lifted out of poverty in the ten-year period 2004-05 to 2014-15, as reported by the World Bank. So, what we have today- we have a labour force participation, which is declining, unemployment which is growing, both urban and rural, and more & more people falling below the poverty line and borrowing money.

Now, all this points to deep misery among the poor people, yes! The very rich have become richer. The upper middle class is comfortable behind its gated communities, but, the middle class, what we call the lower middle class and the poor have been greatly affected and this government is not concerned. What did the Prime Minister say in ‘Man Ki Baat’? He said- we are giving a free ration of 5 kilogram to each person. Now, what does that amount to? It amounts to Rs. 32 per capita, per month. Does the situation require a relief of only Rs. 32 per person? That is why, we say cash transfers must be done, and I find, more and more writers, more and more economists are supporting cash transfers. There are ways in which cash can be transferred, but this government is completely insensitive, completely impervious towards what the lower middle class and the poor are going through. They seem to be quite happy because the stock market is booming and the existing billionaires have added more billions to their wealth.

On the impact of the fiscal deficit on announcements made in the budget about the health care sector, like vaccination and other programmes

This is not the time to worry about the fiscal deficit. For 2021-2022, they have projected a fiscal deficit of about 5.5. What if it becomes 6.5, so what? According to me, it doesn’t make any difference at all, it should not make a difference, it should not stop us. What we need is, we can’t lose another year like we have lost the whole of last year and I am afraid, the way this government is reacting, it is going to lose another year. Fortunately, we are only in the beginning of the first day of June, we still have 10 months. This is the time to act, this the time to act boldly and decisively- borrow and spend. If necessary- print money and spend, spend on health care, spend on infrastructure, but spend. And as part of spending, spend on welfare measures also, which today means cash transfers plus distribution of rations.

On GST compensation, Covid related medicines and Equipment On GST compensation, I have had a discussion about what happened in the GST council. I think, the Finance Minister has treated the members of the GST council with disdain. I think, she just heard them and finally took no decision. They appointed a group of Ministers to recommend on whether GST rate should be reduced on Covid related medicines and equipment. That is a decision that should have been taken on the day they met. That is a decision that should not have taken more than 10 or 15 minutes. Instead of that, they have delegated it to a group of ministers, which will give its report on the 8th of June. I think, this is called procrastination, this is called not taking a decision and then on all other issues, she has given a short shrift; she has not responded at all. What did the meeting achieve, what is the outcome of the meetings- zilch! You meet after 6 months; you hold a futile meeting, come out with zilch out come and say I will consider calling a next meeting in 3 months later. Why three months later? If the report of GOM must come on the 8th of June, you should call a meeting on 9th June. The law only says, you must have one meeting every three months. That doesn’t mean that you must have only one meeting in three months, you can have two meetings, you can have three meetings, you can have meeting every month. I think the GST council is being treated with complete disdain and contempt by the Finance Minister.

Based on the Press Briefing of former Finance Minister on June 01, 2021