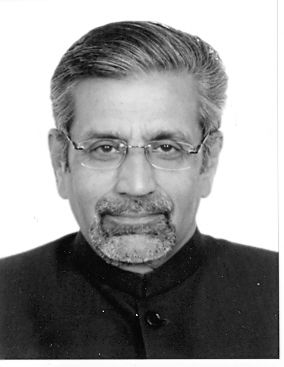 Yet another book on the 1962 Sino-Indian conflict was released recently. Entitled ‘1962: The War That Wasn’t’ the latest book by Shiv Kunal Verma, like most others before it, is critical of both the political and military leadership, especially the former. Verma’s exhaustive account is not very different from books written much earlier, especially John Dalvi’s ‘Himalayan Blunder’, D.K. Palit’s ‘War in High Himalaya: The Indian Army in Crisis, 1962’, Brij Mohan Kaul’s ‘The Untold Story’ and D.R. Mankekar’s ‘The Guilty Men of 1962’. Though the author also quotes from B.N. Mullik’s ‘My Years With Nehru: The Chinese Betrayal’, Verma conveniently omits the then IB chief ’s defence of Nehru. It is not surprising as the primary objective of the author is to denigrate India’s first PM blaming him for ‘Virtual destruction of his own military’. Such a view, however, is not only incorrect but also unethical and politically motivated. Ever since 1954, Nehru had pressed upon the defence setup the necessity of physically holding the entire frontier of north-eastern India, by moving up outposts, bringing it under administrative control and paving the way for the emotional integration of locals. According to Mankekar, it was quite possible that if the Army headquarters and the MoD had acted upon Nehru’s instructions and desires from 1954 onwards, the situation in Ladakh might have been different.

In the NEFA in particular, Nehru had been prodding the Army headquarters to establish border posts at all the key points along the McMahon Line, to assure India’s presence in the disputed border region. It was the top Army leadership’s responsibility to acclimatise and prepare the troops for mountain warfare, especially when things began to deteriorate after the failure of Nehru-Chou en Lai talks in 1960.

Delivering a lecture on ‘Nehru and Defence Policy’ in 2003, K. Subrahmanyam, one of the leading military strategists of post- Independence India said: “By the mid ’50s, Nehru became aware of the possibilities of long-term conflict with China. He appears to have correctly decided that given the geostrategic configuration of India, China and the Soviet Union and the growing tensions between China and the Soviet Union, development of friendly relations with the USSR was perhaps the most effective way of countervailing China. Subsequent events after the Chinese attack in 1962 were to prove the viability of this policy. Today, very few would contest that non-alignment as a rational strategic policy for India paid dividends.” To a question on whether Nehru neglected defence preparedness, Subrahmanyam reeled out figures in defence of Nehru. The Indian Army steadily expanded from 280,000 to 550,000 during his stewardship.

The entire Indian Navy and Air Force were built up during his time. Fourteen destroyers and frigates, two cruisers and one aircraft carrier were acquired. The Air Force expanded from 7 to 18 combat squadrons. For the Air Force, 236 Vampire aircraft were produced in India under licence from UK, 104 Toofani Aircraft from France and 182 Hunter fighter-bombers from the UK. Nehru initiated the development of the first Indian supersonic aircraft in the Hindustan Aircraft Factory, Bangalore — HF-24, Marut. In his time, agreements for licensed production of Gnat interceptor aircraft, Avro transport aircraft, MIG21 supersonic aircraft and Alouette helicopters were also concluded and 180 Sherman tanks were purchased from the US in the early ’50s for the Army. Though they were of Second World War vintage, with upgradation they were serviceable even in the war of 1965. Over 300 Centurion tanks to equip an armoured division were acquired. 160 light AMX-13 tanks with 75mm high velocity guns were purchased from France. The Navy complained of neglect for quite some time after Nehru passed away.

It was Nehru’s vision that gave India its most prestigious National Defence Academy, the world’s first joint training institute for the future officers of the Army, Navy and Air Force. The National Defence College was started in New Delhi to train senior military and civil officers in military strategy, international affairs and higher defence management. Earlier, the Defence Services Staff College came up in Wellington (Nilgiris) for preparing junior officers to take up middle-level command and staff assignments. DRDO, Bharat Electronics and many institutions were founded to boost self reliance, research and defence preparedness. Nehru pleaded for communist China’s admission to the UN.

His strategy was to expose China to the winds of international politics and blunt the edge of her isolation and militancy. He wanted to make the 1954 Panchsheel agreement with China to last for 25 years, but the latter settled for limiting it to an eight-year period. In his book, ‘India’s Defence Problem’, S.S. Khera says: “Nehru was disappointed. Also, late in the day as it was, his suspicion about the Chinese intentions were aroused. He stoutly defended the 1954 agreement; but he also gave instructions to set upfrontier posts to safeguard the country’s northern frontiers.”Though both the political and military leadership can befaulted with benefit of hindsight, it would, however, be wrongto blame any individual or any particular unit/formation oreven any organisation for the failure.

Why did China abruptly impose a unilateral ceasefire andthen withdraw its forces? Two reasons seem important: First,Mao had accomplished his goal of humiliating India — Chinahad prevailed over its Asian rival. The Chinese had becomeextremely envious of Nehru’s rising stature as a world statesman.The second reason for China’s restraint was undoubtedly USsupport for India. American President John F. Kennedy madeit clear from the start of the crisis that the America was onIndia’s side.In his meeting with American ambassador John Kenneth Galbraith on November 22, Nehru cited two factors that convinced Mao to halt the war: First the “anger of the Indian people when aroused” and the risk of an open-ended conflict that would produce and, second, in Nehru’s judgement, ‘the speed of the American response’. Bruce Riedel’s JFK’s Forgotten Crisis records: “Nehru was not alone in crediting US help with deterring further Chinese military advances. From his POW camp where he was held in solitary confinement by the PLA, Brigadier Dalvi credited Kennedy as a ‘big brother and true friend of India.’ He later wrote that the Chinese withdrawal was the direct result of President Kennedy’s decisive action.” The debacle of the India-China War in no way raises doubts on the correctness of Nehru’s basic thrust in foreign policy.

For example, non-alignment ensured that even during the war, the US and Soviet blocs were not ranged on opposite sides. India succeeded in securing sympathy from both the blocs. This was unusual during the Cold War. Second, Nehru had been right in pursuing a policy of friendship with China, even if it ended the way it did. Given the hostile relationship with Pakistan, it was in India’s interest to try its best to avoid having another hostile neighbour and thus be caught in a pincer movement. India’s espousal of China’s right to have a seat in the UNSC was not given up by Nehru even after the Sino-Indian war, since he rightly believed that the Western powers’ isolation of China only pushed her into becoming more irresponsible. By building up India’s economic strength, Nehru enabled his successors to win military victories. The foreign military and economic aid received in 1962 ensured India successfully met the Pakistan challenge in 1965. This was the ultimate success of Nehru’s foreign policy.

The writer is former Secretary AICC.