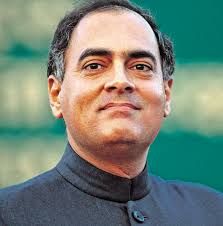 In India today, perhaps in the world today, we are facing a period of change the like of which has not been seen perhaps ever before, partly because of new technologies that are available but perhaps more than that because of a new thinking that is taking place around the world. We are perhaps for the first time coming out of a mindset which really belongs to past centuries, a mindset which looks at human beings or the world divided us into boxes, into groups like Hindus, Muslims, Sikhs, Christians; perhaps beyond that, into nations, into ethnic groups, into regions.

For the first time we have started looking at the world, at humanity as one integrated whole. We started realising that survival does not depend on any one group surviving, it depends on the whole of humanity surviving. India has played a major role in bringing about this change in thinking. This has been part of our traditional thinking for thousands of years. Gandhiji revived it during the freedom struggle and during these past forty-two years of freedom we have been struggling hard, first Panditji, then Indiraji, to bring this new thinking to the world. For the first time during these last few years, we find that global thinking has started to change. At the same time, the old system fights back very hard. There is a tendency on the one hand to look at the world as one, on the other these is an equal attempt to keep the old systems going by just changing the projection, changing the presentation of perception. We got out of colonialism, but did exploitation end? It didn’t. The poorer countries, the weaker countries still have a new outflow of wealth. The next phase seems to be going into economic groups which in a sense is no different; it is just a different form of exploitation; so we have to fight that as well.

India has given the lead during these past decades and India will have to give the lead in the coming years also. But to give the lead, we need to do certain things at home. We need to be strong and clear in our minds about where we want to go. Our strength in India traditionally has been in that we have always looked beyond the material into certain higher, deeper, perhaps spiritual values. We have looked beyond immediate gains. We have always tried to work for certain ideals. Today, this basic Indian thinking is coming under very severe attack, partially from you because the real attack is from a materialistic attitude that is coming into our society.

The biggest attack on our traditional thinking, on our culture, on our civilisation, is coming from a materialism which is being brought in, a materialism partly because of growth, development, because people have access to goods and facilities which they did not have access to earlier, they have access to them because their incomes have grown, because their standards of living have grown and the way that India has grown during these past eight or nine years is well beyond what we could have ever expected. So, these problems are going to be compounded. I expect our growth rate to increase even more in the coming years. So, these pressures will increase even more. So, we must be very clear in our minds of what sort of nation we want to build.

The biggest danger in going a purely materialistic route is that we will ultimately surrender the independence that we won with so much struggle. That I see as the biggest danger well, not quite, the real danger is that I don’t see our people being aware of this. We are independent today because we won a battle against the British and we sent them home; we are independent today because we have followed certain policies, because we followed a certain ideology, because on every step that we have taken, we had kept in mind that the independence that we won can be lost very quickly and when I talk about independence being lost it is not just a question of being ruled by another State, that is perhaps not the way it happens at the end of the twentieth century. It happens in much subtler ways today. Your flexibility to decision-making is limited, your options are cut and you ultimately end up being where you were when you were subjugated by telling that you are all right. But that is not good enough for us.

Today, there are just a handful of countries which have the inherent strength to be really independent. India is one of them. One sees it in international bodies, one sees it when difficult issues are discussed in international forums. You see that those countries who have been the more powerful countries, the righter countries, the industrialised countries which are the countries which have been dominating in the past, they are the ones who still call the shots and it is only a few countries, perhaps you can count them on the fingers of one hand – four or five – which have a strength to stand up for their own rights, to stand up for the poorer peoples of the world. India is one of them.

Today, you have a tremendous opportunity with the development that has taken place during the past eight or nine years, we are ready to make a new place for ourselves in the world. We are ready to take on the world in areas where we have not had the guts to do before. But to do that we need to be very sure of ourselves in where we want to go, else, we will get, washed with the tide and become one with what we would like to change. This is where you all could play a very major role, in strengthening what India has always stood for, the basic principles that Gandhiji and Panditji fought for, which are really part of our civilisation, which are part of our culture, truth and non-violence, compassion, tolerance, of seeing humanity as one and not divided into groups.

To do that, we must be strong at home. We must end the conflicts that exist within. We have been partly successful but a lot more needs to be done. It cannot be done by only government action. It must involve all our people.

First, the biggest question is of making our people really start thinking of ourselves as a nation. But I would like to go beyond that. We should be thinking of ourselves as one humanity globally, not even as Indians and Pakistanis and Sri Lankans or Americans or whatever we still divide ourselves into, because it is only then that we will really be able to bring equality in the world.

We have to reach out to the people to tell them what is available to them. Sometimes, one doesn’t realise how bad the communication is. I had a very intensive survey done recently and one of the questions we asked the scheduled castes and the scheduled tribes was whether they knew about reservations. Now, we have had reservations in this country for scheduled tribes and scheduled castes for over 35 years and you will be surprised to know that-perhaps I shouldn’t name the state – in one state, 55 per cent of the scheduled castes in urban areas did not know that reservations existed. So, it just shows what we feel we are doing, pretend we are doing and what is not happening because people don’t even know what is available to them.

The other very difficult area which we have started tackling is that of aspirations. Aspirations is something that you in your daily work raise to very high levels, because it is only through raising aspirations that you generate sales. But when you start raising those expectations, you start causing certain problems for us because as the aspirations start soaring the system starts failing to deliver close to those aspirations and I found when I tried to change the system, to push the system to deliver, I came up against blocks, vested interests which just wouldn’t let go. The basic problem I found was that our democratic process had not seeped down far enough. Every time I thought I had identified a solution, I could convince the people who were facing the problem, that yes, it is a solution that can work, I couldn’t convince those at higher levels who had lost contact with the grass roots, whether in politics or in the administration. We worked at opening up the economy to involve more people in the development process in the building of our nation. At every step, we found there was somebody telling us that this was all wrong and shouldn’t be done and we found that he had enough friends in the system to block it, even if it went through the cabinet, the policy decision went through, we got it through Parliament, we found at the real-life level at the interface point, it didn’t work because people were just not interested in allowing things to change. So, we have taken this head-on by taking democracy down to the lower levels. I am confident that by opening up the democratic process right down to the grass roots level, we will open up thinking in the minds of our people to what can be done, what must be done at the grass roots level. And, this is where public interest advertising can come in a very big way because when we make such massive changes in the system, a lot of education has to go in to see that things do not go wrong or go off at a tangent, they don’t get hijacked by new vested interests which can develop before the system really gets going and builds its own strength.

The challenges ahead for us are tremendous, for India, I feel that by involving the advertising profession in areas which relate to nation-building, which relate to giving new directions to global civilisation, we will be able to give a new strength to our people.