“Clearance Sale” of Strategic Assets in most Non-Strategic Manner 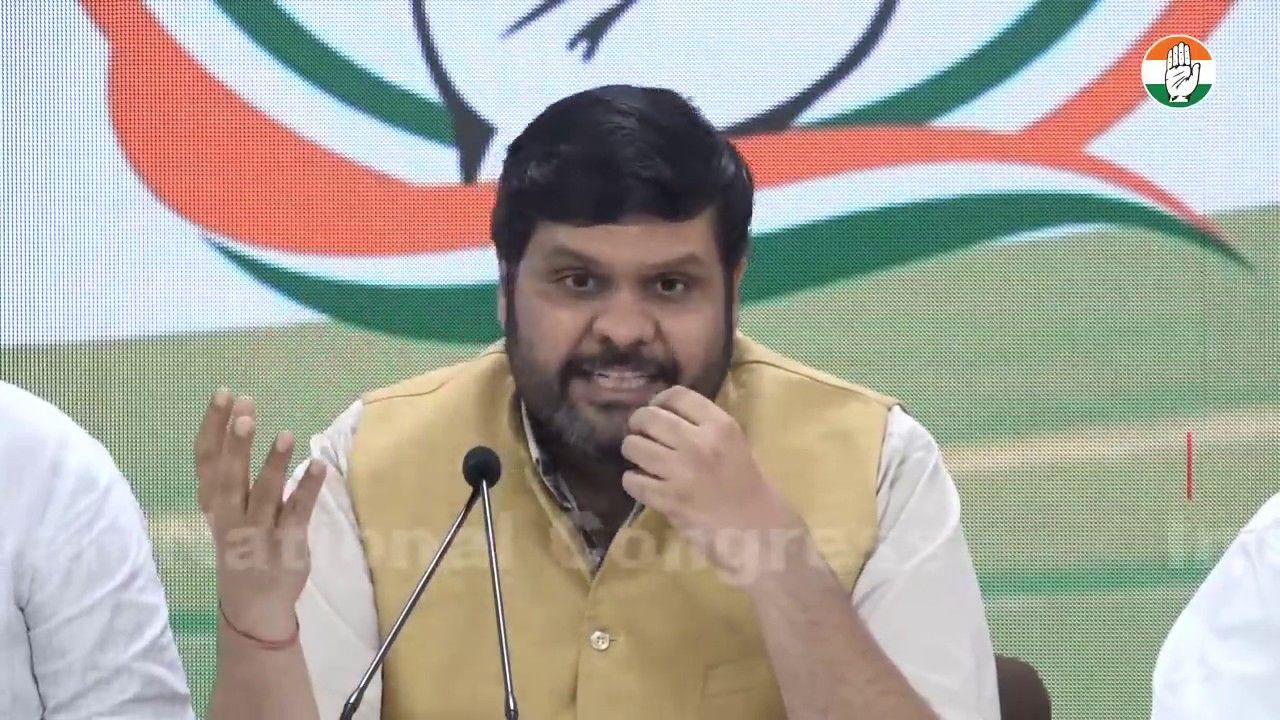 Over the last 7 years, we have seen constant dissatisfaction in all public and social life domains. Persistent attempts have been made to discredit the efforts of our previous generations. Despite using all the arsenals to create value in the social or economic sphere, the failed Modi Government has now resorted to selling the assets built up by the sweat and blood of millions of Indians over the past 7 decades. In another attempt that shows its failure to manage the country and run it effectively, the Modi government has put Public Assets Worth Rs. 6 Lakh Crore on ‘SALE’. No notable value creation has happened in the last 7 years. The BJP government is hellbent on destroying the value created in the past 70 years. Along with ‘Disinvestment’ and ‘Privatization’, the Modi government has now hit upon the idea of ‘Monetization’. It transfers effective ownership of public assets created over the last sixty-seven years to a handful of crony friends. At the same time, the government will hang on to a piece of paper of ownership that will be returned to the government at the end of 30/50 years, translating it into a government asset with near-zero value or much-depreciated value. In other words, if the lease period of an asset is equivalent to the asset’s useful life, then the substance of the transaction is a sale, not lease. The sale of Rs. Six Lakh Crore of our National assets is shocking as Modi Government has put every public asset of India on Sale. From 27,000 Kms of Highways to 6,000 Megawatts of Power Generation & 28,000 Kms of Power Transmission Lines to 8,000 Kms of Gas Pipeline to 210 Lakh Metric Ton of Food Grain Storage to 2.86 Lakh Kms of Telecom Fiber& 15,000 Telecom Towers to 25 Airports and 9 Ports to 761 Mining Blocks to 2 National Stadiums and 1.52 Lakh Crores worth of Railways.

Congress-led UPA government envisaged disinvestment only in case of – (i) Chronically loss-making PSUs; (ii) PSUs with minimal or insignificant market share. We specifically envisaged ‘No Disinvestment’ in ‘Strategic sectors,’ ‘Sectors where there is a danger of private-sector monopoly or duopoly,’ and ‘Core sectors essential to the growth of the Nation.’ The current Modi government is carrying out the sale of ‘Strategic Assets’ in the most ‘Non-Strategic Manner.’ When there have been repeated cries of ‘no accomplishment in the last 70 years by all the BJP leaders, what are these assets that they are so conveniently putting up for sale? When were they built? Who built them? The answer is that these were made during the 67 years post-independence, envisioned by the Congress Party along with the blood and sweat of the entire nation.

Meanwhile, the government hopes to collect ‘Rents,’ by whatever name called, that it promises to invest in the National Infrastructure Pipeline (NIP). Recall the 100 Lakh Crore NIP that has been announced by the PM thrice - on August 15, 2019, August 15, 2020, and August 15, 2021 — without a brick of infrastructure being laid in the last two years! The ‘Rents’ collected will undoubtedly be spent on current expenditure.

Five consequences are glaring: Firstly, income from the government-owned public asset will not be available to the nation or its future generations for the lease period of 30 to 50 years. Secondly, we will have to pay for the use of public assets created with our own money. How will it be ensured that we will not be charged exorbitant prices for using assets created with our own money by the so-called ‘Friends’. Thirdly, when the national unemployment rate as per CMIE for August 2021 jumped to 8.32% from 6.96% in July 2021, 15 Lakh people lost jobs in August 2021. This monetization plan will further increase unemployment levels in our economy. Fourthly, the timing of this monetization plan raises a lot of doubts about its intention. Currently, the economy’s income stream is low as capacity utilization data for Q42021 is at 69.4%; it is still not near 73.6% of Q2, 2019-20. Monetization is capitalizing the income stream for an asset. When the income stream of an asset is low due to low-capacity utilization, monetized asset value will also turn out to be low. So, from the timing, it is evident that National Monetization Pipeline (NMP) plans to hand over the national assets to ‘Friends’ as a ‘Clearance Sale.’ And fifthly, this will promote monopoly or duopoly or oligopoly as very few players will eventually manage strategic sectors such as power, telecom, natural gas pipeline etc.

The Author is Professor of Finance and National Spokesperson (Congress)