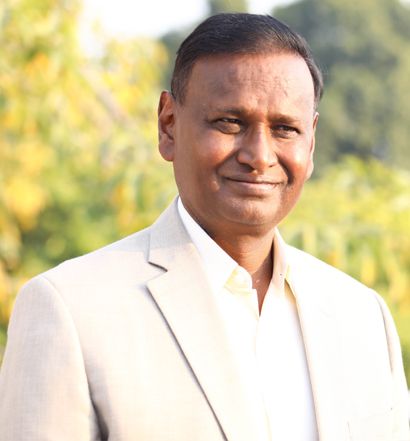 In 2003, the BJP government implemented the National Pension Scheme. New pension was implemented from April 01, 2004. The Central and State Governments together have 78.18 employees. When the new pension scheme was implemented, there was not much concern among the employees but now they are worried. A large number of employees will retire in 2034 and 2035 and with almost a decade left now, it is only natural to be worrisome about the future. The protest has also started but in suppressed undertones and now it simply needs to be organized. The Congress government of Rajasthan announced on February 23, 2022, that old pension would be given to those who have joined government jobs after January 1, 2004. After that, the government of Chhattisgarh announced that old pension would be implemented there too.

Samajwadi Party also made it a burning issue in the recently concluded UP elections. On March 28 and 29, a strike was called by 10 major trade unions, which had a huge impact and the issue of old pension was raised prominently. Under the old pension, the pension is available per month as half of the salary plus DA etc. The new pension scheme is no longer guaranteed income per month. Under the new pension, 10 percent will be deducted from the salary of the employees and the contribution of the government is 14 percent. This money will be deposited in a pension fund and will be invested through investors in profitable schemes. There is no longer any guarantee that profits will be made out of such investments. The employee can withdraw 60% of the fund on retirement and the remaining 40% will be invested. In 2013, the Pension Fund Regulatory and Development Authority Act was enacted, which aimed to ensure proper management of pension funds. When there was a discussion on the implementation of old pension by the governments of Andhra Pradesh, Maharashtra, Punjab and Jharkhand, the government made it clear on March 24 that there is no point in restoring the old pension.

Call it the undeclared policy of the Bharatiya Janata Party or whatever, but whenever their governments assume power, the anti-employee policies are definitely implemented. When Modi became the Chief Minister of Gujarat, he first intensified the contracting system in government departments. He has some noteworthy enmity with the permanent government servants. Only these people would know the actual reason behind this! Atal Bihari Vajpayee’s government changed the old pension system and made the employees more insecure and due to this the burden of government expenditure did not reduce significantly. In the present system, the employee’s money is being deposited in the National Security Depository Limited, of which about three thousand crores go to State Bank of India, Life Insurance of India and UTI on a monthly basis. Once the money is invested, the worker cannot withdraw it even when needed.

Relief can be given to employees even in this arrangement provided there is a humanitarian approach. If that part of the employees’ salary which is being deducted, is invested as old pension, then their money is guaranteed to be paid at a fixed rate of interest as before, like 8.1 percent rate is given on GPF. Ensure minimum guaranteed income and allow the employee to withdraw his money online as and when required.

When the new pension came into force, there were many employees who were on temporary or contract basis and were regularized at an older age. Now such employees have started retiring but there is no recourse for pension. Some states are such that when the National Pension Scheme came into force, there was chaos and neither the salary of the employees was deducted nor the government’s share was deposited. The employees working in autonomous departments under the National Pension Scheme are in worse condition. They have not been given the benefit of gratuity and death gratuity till date, due to which, hundreds of employee families are becoming victims of terrible exploitation. Due to the premature death of their earning head, the families neither get jobs nor pension or gratuity. As a result, their condition has become even worse. A study by OASIS found that after retirement, only about 10 percent of people are able to survive after 70 years of age, i.e., only 10 percent take pension after 70. There are some options so that the burden of expenditure on the government does not increase and the welfare of the employees is also taken care of. When an employee retires, his/her contribution should be given back along with interest and the option of opting for old pension over the government contribution portion can solve the problem to a great extent.

The argument by the government that old pension will increase the burden on the government exchequer is unfounded. It is simple to understand that an employee serves about 30 years and according to this, for 30 consecutive years, the government will give 14% to the employee in the form of its contribution. If we start withdrawing the same contribution after 30 years then that 14 percent contribution will automatically start getting more than 3 times every month. No employee survives for 30 years after retirement and even if they do, their number does not exceed 10%. If we look at it from this perspective, even then the government is being burdened more by NPS and not by the old pension scheme. Secondly, if the government continues to collect the NPS money i.e. 14 percent of its share in any fund instead of putting it in the market, then pension can be given to the retiring employees from this fund itself. Under the Old Pension Scheme, if an employee gets pension and if that pensioner dies, then the family pension received by his family is automatically halved. In this way, in the old pension scheme, this burden is automatically halved after the death of an employee, whereas this does not happenin NPS. Rather, the fund deposited by the government gets handed over to the employee and his family in one way or the other. In this sense, NPS is harmful to both- the government and the employee.