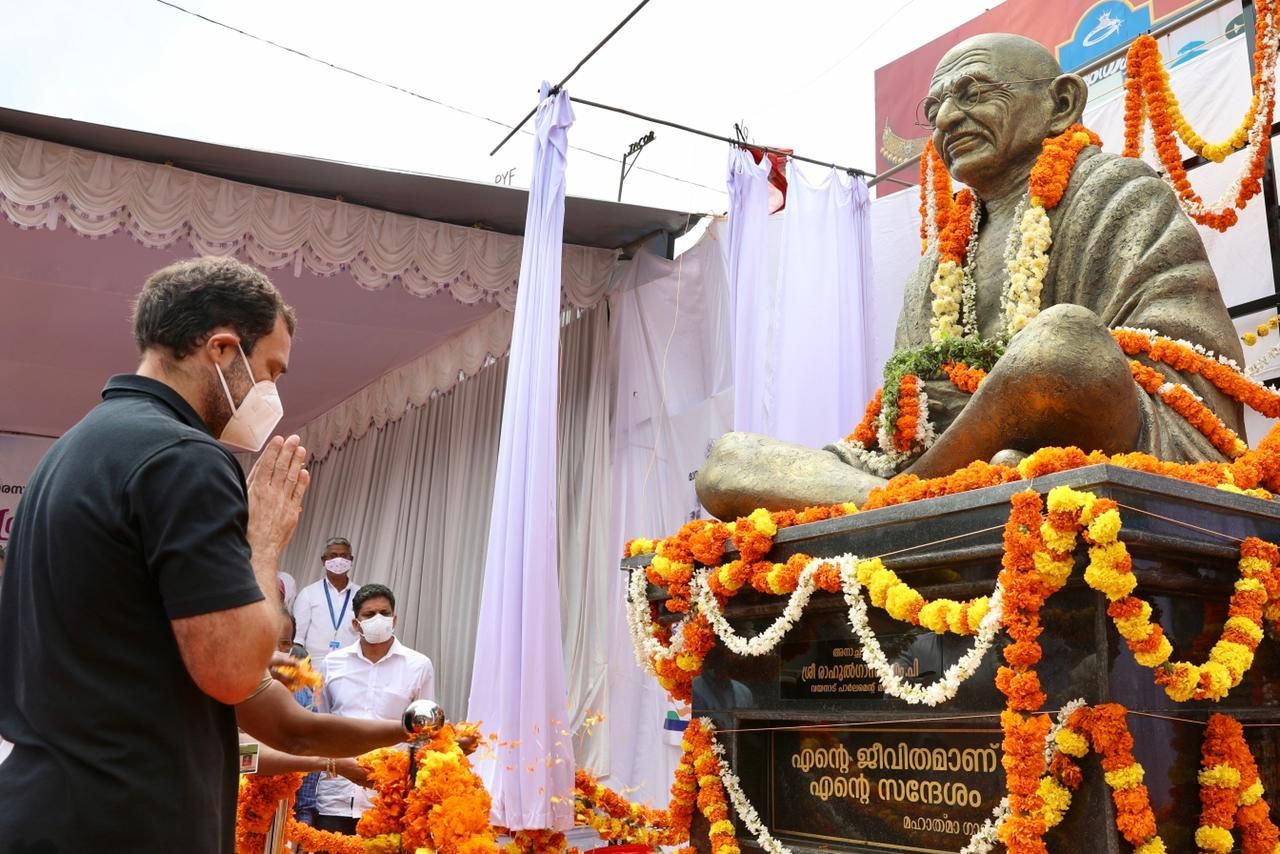 Wayanad (Kerala): Congress leader Shri Rahul Gandhi unveiled Mahatma Gandhi’s statue at Gandhi Park in Mananthavady in Kerala’s Wayanad district on August16, 2021.While speaking at the event, he stated, “The powerful thing about Mahatma Gandhi was that whatever he said, he put into action. So, if he said India should be a tolerant country, then he behaved in a tolerant way. If he said India should treat its women with respect, he treated women with respect.” “If Gandhi ji said that India is a secular country, he himself behaved in a secular manner. He had the Gita, the Quran, the bible, and the Guru Granth Sahib as his guide,” the Congress leader said.

The Congress leader was on a 3-day visit to his parliamentary constituency Wayanad in Kerala, from August 16 to August 18. Shri Rahul Gandhi also inaugurated two drinking water projects, one at Koovalathod Colony in Padinjarathara and another at Kattunaika Colony in Ponkuzhi. On August 17, the Congress leader met the District Collector of Kalpetta, followed by the inauguration of the Karassery Panchayat Farmers’ Day Programme where he felicitated farmers at Karassery Bank Auditorium, North Karassey, Thiruvambady. Thereafter, he had lunch with resident of Gandhi Bhavan Sneharamam old age home at Wandoor in Malappuram.