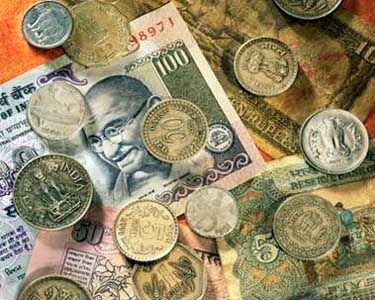 As the Budget figures sink in, the realization grows that by kidding itself, the BJP is presiding over an economy drifting slowly but surely to disaster.

The flaw essentially lies in the new technique its statistical advisers have provided of calculating GDP. Where all these decades, GDP has been measured at factor cost - that is the cost at which inputs have been obtained - the new GDP series has shifted the basis to the price at which output is marketed. This is in line with standard global practice and, therefore, not to be faulted. The catch, however, is that owing to some yet-to-be-discovered glitch, the growth rate thrown up by the newprocess is wildly out of sync with the growth figures for the three key sectors of the economy - agriculture, industry and services.

But instead of prudently waiting to see how the glitch might be discovered and corrected, the BJP government is rushing headlong into assuming the figure must be correct and basing its Budget on that GDP growth figure. Principally, its revenue estimates are based on the economy growing at around eight per cent a year when, on the old basis, the figure would be closer to six. Such a huge margin of over-estimation will soon reveal itself in much smaller tax revenues and other government receipts than imagined, with the result that six months down the line, when the mid-term survey is prepared and the Revised Estimates have to be projected, the government will be shown up to have been living in cloud-cuckoo land.

Meanwhile, huge damage would have been inflicted on the poor, damage that will persist even if the avaricious classes have to revise their hopes for a bonanza. This is principally on account of the substantial increase in the transfer of Central tax revenues to the States having been raised from 32 to 42 per cent as per the recommendations of the 14th Financial Commission (the consequence of the UPA-II having so drafted the Terms of Reference of the 14th Financial Commission- and so no credit to Arun Jaitley).

In itself, the increase in the share of the States is to be welcomed. We do indeed need “cooperative federalism”. But such a major change needs preparation, which is why the 14th Financial Commission made the increase conditional on appropriate “institutional arrangements” being worked out between the Centre and the States to ensure a smooth transition. No such institutional arrangements having been made; there is going to be major disruption, particularly in measures to cater to the human development needs of the poor. Let us explain this point in detail.

First, the share of the States in Central tax revenues might have gone up, but the share of the States in the overall resources of the Centre, tax and non-tax, is in fact projected to marginally decrease from 63 to 62 per cent. With no more money from the Centre at the disposal of the States than they had earlier, States are being conned into believing ki achche din aa gaye hain when the reality is ki wahi burre din badle nahin. Not only will the States have to meet their Plan and non-Plan requirements from the same overall pool of resources, in addition they will have to take over many of the financial responsibilities which were till

now being met by the Centre, particularly in the domains of agriculture, gap funding of backward regions, rural (including panchayat) infrastructure, irrigation (major and minor), sanitation, drinking water, health and education, besides a myriad other schemes hitherto partially or totally funded by the Centre. True, their larger share of Central tax revenues will place at their disposal a large source of untied funds which they can deploy as they wish. This would have been all to the good if it had been matched by a similar or equivalent augmentation of total funds at their disposal. But as Jaitley has robbed the States with one hand of what he has so generously given with the other, the States are now saddled with huge additional developmental responsibilities without the financial wherewithal to rise to these new challenges.

Given that India may, with a slight statistical sleight of hand, have become the “fastest-growing economy in the world”, on the UN’s Human Development Index we still stagnate around 135th position, virtually the same as it has been through all the long quarter century since 1991 of neo-liberalism. The development model has made the rich unprecedentedly richer and the richest rich beyond their wildest imaginings, but the poor have had to make do with little more than crumbs from the table. We remain, in terms of what really matters - namely, literacy and education; malnutrition and hunger; maternal and infant mortality; unemployment and under-employment; destitution and minimum basic needs - poorer than much of our neighbourhood, far behind most fellow-developing nations, and, on some crucial parameters, equal to or below sub-Saharan Africa.

The Budget should be, but is not, measured against these parameters. What this Budget has done is to prospectively set us back even further.

This is not a matter only of sharply-reduced Central allocations for social sector and poverty alleviation programmes, although that is where the rots starts. It lies in the assumption that what the Centre has reduced, the States will make up for. And of their own volition, at that. Is that at all feasible? One, many States have already prepared and passed their budgets. The money now being flung at them without prior preparation will take time to translate into government accounts and turn into spending for the purposes from which the Centre has partially or wholly withdrawn. Second, the temptation will be for many States to use the bonanza for what they see as their priorities within their old figure for total resources, not in any way as a significant additionality. Third, the Centre has lost all or much of its hold on ensuring at least some spending on what must be regarded as “national priorities” - such as education and health. However high-minded a State may be, if its overall budgetary resources have shrunk, why should it suddenly change its priorities and start doing all the (good) things the Centre has hitherto been doing? These, in any case, were being done through the States earlier, but without burdening their exchequer by as much as they are now required to bear.

Jaitley should have done two things before rushing in where angels fear to tread. First, he should have worked out in consultation with the States at least a modicum of understanding that the additional ten percent they were getting would be spent in the sectors from which the Centre was wholly or partially withdrawing. Second, a cooperative consultative mechanism should have been set up to oversee, at least broadly, that the terms of the Centre-State understanding were being adhered to. Third - and most important - this was the key moment to ensure that “federalism” covers all three Constitutionally-mandated tiers - Centre, States and panchayats / nagarpalikas.

Sonia Gandhi has memorably said that our federalism requires “a strong Centre, strong States, and strong local governments”. Arun Jaitley’s budget has massacred the Ministry of Panchayati Raj by slashing its allocation from Rs. 7,000 crore to a mere Rs. 94 crore - the most drastic cut of any Ministry, thereby confirming his and Narendra Modi’s bias against the people’s participation in governance and towards bureaucratic authoritarianism. In these circumstances, it is ludicrous to talk of “good governance” -for the best governance is self-governance, and this is being extinguished.

It is precisely because the States failed to live up to their duty of funding the social sectors and poverty alleviation programmes that the Centre resorted to Centrally-Sponsored Schemes (CSS) to finance essential schemes for human resource development. And it was precisely because he perceived how inefficient CSS were if they were implemented by State bureaucracies alone that Rajiv Gandhi ensured Constitutional sanction, sanctity and safeguards for local self-government in every village and every mohalla of this country. That humongous endeavour at making the people of India masters of their own destiny has been disowned by Modi and Jaitley.

The only good that will come out of it is that they are hastening their own end. The Delhi election has revealed the BJP’s Achilles Heel. It is their refusal to give the people their due share in the governance of the country. Jaitley’s budget begins the countdown.