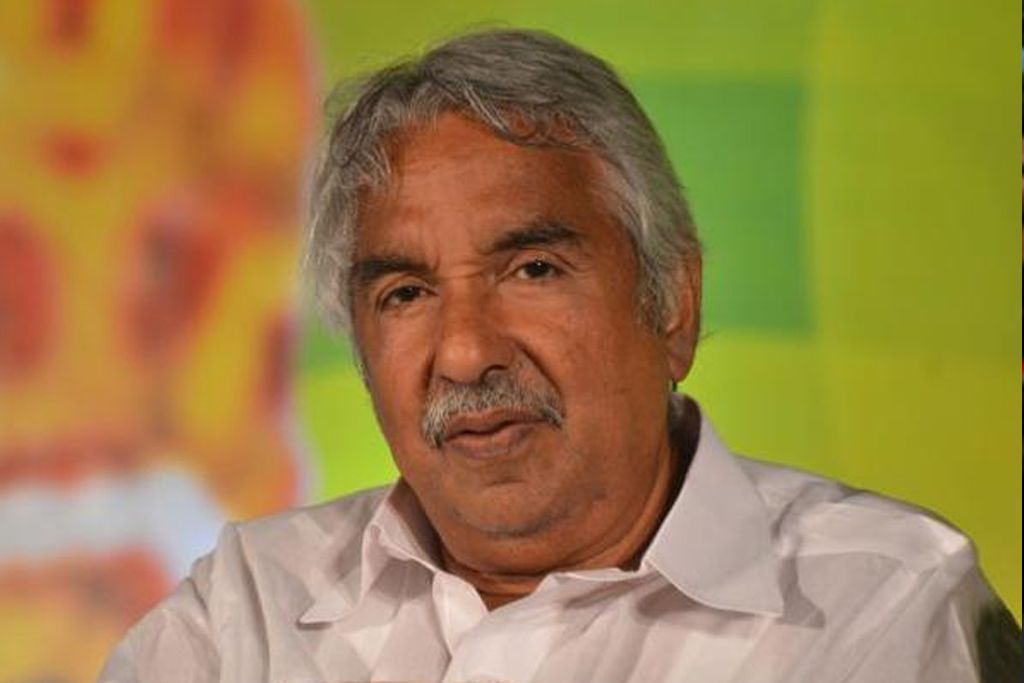 Work has begun on the country’s only deep-sea multipurpose container transshipment port. The Rs 5552 crore project will be completed in 1000 days. The Union government has provided Rs 817 crore as viability gap fund. On completion, the port, situated 10 nautical miles from international shipping channel will be able to handle container ships of 18000 TeU. Kannur International Airport 65% work on runway and 55% of terminal building of Kannur International Airport has been completed. Trial landings will commence in January 2016 for which permission has been sought from the Union government. It will become fully operational by June 2016. Realization of this Rs 1892 crore project will give Kerala its fourth international airport.

The first phase of the Rs 5181 crore Kochi Metro, starting from Aluva to Pettah near Thrippoonithura (25.25 km) will be over by June 2016. Trial run will be on 23 January. Rs 8.3 crore is the cost for a coach, manufactured locally. On completion by June 2017, there will be 25 trains and 75 coaches. Kochi Metro is expected to serve 4.12 lakh people in 2017, 5.19 lakh people in 2021 and 7.57 lakh people in 2031. Light Metro at Kozhikode and Thiruvananthapuram DMRC appointed interim consultant of the Rs 6728 crore Light Metro rail projects at Kozhikode and Thiruvananthapuram. DPR submitted to Union government for approval. Kerala Rapid Transit Corporation formed for the implementation of the project.

Rs 3300 crore Thiruvananthapuram - Chengannur suburban rail project(125 km) will have 50% State share. DPR prepared by Mumbai Rail Vikas Corporation and submitted to the Union government for approval. Comprehensive Healthcare Scheme With an objective to bring various healthcare assistance schemes under one roof, families with annual income of less than rupees three lakhs will come under the Comprehensive Healthcare Scheme, announced in the State Budget for 2015-16. Through a smart card, beneficiary can avail of assistance up to Rs 2 lakhs and would benefit 42 lakh families.

2546 persons were given treatment and 1922 persons followup treatment under the free cancer treatment scheme for children up to 18 years. Project ‘Thalolam’, providing free treatment to seriously ill children of up to 18 years was implemented in 15 hospitals. 8146 new persons were provided free treatment and 2355 persons follow-up treatment. Persons assisting bedridden patients round-the-clock are being provided monthly financial assistance through the project Aswasa Kiranam. There are 63,544 beneficiaries in this category. It was just 680 persons when this government assumed office. The aim is to provide assistance to 90,000 in the current financial year.

17,000 to benefit from teachers’ package

Project ‘Aasikkum Bhoom’ (the desired land) has provided land ranging from 25 cents to one acre. 524 landless scheduled tribe families were given 184 acre of land through the project. In the TRDM rehabilitation programme of landless scheduled tribes 6814 families were given 8971 acre of land. Based on Right to Forest Land Act’ 25,649 persons residing in the forests were given possession certificates and 33,070 acres of land provided.

15,000 houses built free of cost to homeless fishermen in the State. Rs 300 crore was provided for the purpose. Flats were also provided to 450 fishermen families for which Rs 48.75 crore was spent. Financial assistance for house construction hiked from Rs 50,000 to Rs 2 lakh, which will be provided as 100% subsidy.

Three cents of land each were provided to 10,271 families, under the ‘Zero Landless’ scheme. Districts of Kannur, Kasaragod and Idukki became the first in the country to become ‘zero landless’. Phase II of the scheme is progressing.

IT sector in Kerala has grown to the extent of direct employment to one lakh persons and income generation of Rs 15,000 crore from IT exports. It was just Rs 3000 crores worth IT exports when the UDF government came to power in 2011. The annual income on rentals from Technopark and InfoPark is now Rs 70 crore. With the commissioning of phase 1 of SmartCity and CyberPark, IT exports from Kerala would reach Rs 18,000 crore in 2016 and two lakh direct employment.

• Number One in MSMEs in the Country

For the first time in the country, a medical college was started under the department of Scheduled Caste in Palakkad in 2014-15. Rs 24.33 crore was spent for project. Of the total admissions, 70% is for scheduled caste students and 2% for students belonging to the scheduled tribe.

‘Young Entrepreneurship Summit’ held to assist youth with innovative industrial ventures to become young entrepreneurs and ‘We Mission’ meet held for the first time in India for women. Angel fund was formed to create initial capital and Seed fund to give additional assistance to young entrepreneurs. Incubation Centers were formed in colleges to realize the business concepts of students. For encouraging young entrepreneurs, Kerala State Entrepreneur Development Mission was formed. Already 2,834 ventures have been selected for the Rs 20 lakh interest-free loan scheme. 5000 persons were given training.

Financial assistance provided to 650 ventures, out of which 450 have become fully functional. This scheme has provided direct jobs to 3000 persons and indirectly to almost the same number.

The 205 km Kollam-Kottappuram National Waterway, the only one in the State is getting ready for inauguration. For commencing the transportation of goods, Rs 150 lakh has been sanctioned for the construction of permanent berths at Udyogamandal and Chavara. The whole project is of Rs 220 crore.

Marked changes affected in the rural sector by spending Rs 6,510 crore through MNREGS. Each year, an average of 17 lakh families got employment. During 2006-11, the amount spent was just Rs 1508 crore. Work-time re-scheduled from 9 am to 5 pm. and the daily wage of Rs 150 was raised to Rs 227 in 2011. Assistance for education of children and gifts during Onam season were also provided to the families of workers by the government. Electronic Fund Management System introduced in all grama panchayats to credit wages of labourers directly to their bank accounts.

For the first time in the State, a record 70213.69 tons of raw coconut was procured by KERAFED. For units that undertakes processing of raw coconut to copra, apart from the price of coconut the government is giving Rs 500 as financial assistance for a quintal of copra. The procurement price of raw coconut is Rs 25.

Compensation to crops damaged by wild animals can be given four times. The maximum is Rs 75,000/- Treatment assistance to those injured in wild animal attack has been raised to Rs 75,000. Sanction has been given to kill wild boars that destroy crops, subject to certain conditions.

For the development of 436 Scheduled Caste settlements in which 50 or more families are living, Rs 215 crore has been sanctioned at the rate of Rs 1 crore each for developing 215 settlements. So far Rs 94.42 crore has been spent and development activities at 25% of the settlements completed. Rs 665 crore for Buying Land; Rs 568 crore for House Construction The financial help that is being given to the landless and homeless belonging to the SC category has been increased from Rs 75,000 to Rs 3.75 lakh in rural areas, Rs 90,000 to Rs 4.50 lakh in municipal areas and Rs One lakh to Rs 6 lakh in Corporation areas. Assistance for construction of houses increased from Rs One lakh to Rs Three lakh. Installments of grants given at a lower rate to beneficiaries earlier have been given remaining installments at higher rate. Rs 664.86 crore was given to 29,465 families for buying land and Rs 568.33 crore to 24,141 families for construction of new houses.

The scheme provides pregnant women belonging to ST community and lactating mothers with monthly financial assistance of Rs.1000, starting from the third month of pregnancy and up to 12 months after delivery has so far benefited 11,000 persons.

Costal ship transportation project started. Commenced merchant ship service from Kollam, Beypore, Azheekal ports to ports in other States. As part of the project, ships transporting one ton of cargo will be given an incentive of Rs 1 for a km and Rs 1 for a km for passengers. Ponnani has become the first PPP port in the State.

CIAL has become the first airport in the world to totally run on solar power. Work on the new Rs 1000 crore international terminal has begun. It has registered a record increase in terms of passengers and cargo.

Rs 300 crore cancer care centre, equipped with the most modern of facilities, coming up in Kozhikode district at the initiative of cooperative bank. Flat complex is also coming up in Thiruvananthapuram.

Vigilant Kerala project started with public participation to combat corruption. vigilantkerala.in started as part of the project. If convinced that there is conviction in a government project or work then that can be post on website. Facility in place at Vigilance and Anti Corruption Bureau for receiving complaints through social media.

For the first time in the history of Kerala, 22 Arts and Science colleges were started in the government sector. 320 courses were also sanctioned in government-aided colleges. Kerala Model Healthcare Kerala has become the first State in India to have Allopathy, Ayurveda and Homoeo hospitals in all panchayats. Kerala has also become a totally Ayurveda State by starting Ayurvedic treatment centers in all panchayats. Department of Ayush formed by coordinating the treatment streams of Ayurveda,Yoga, Naturopathy, Unani, Siddha and Homoeopathy. Permanent Ayurvedic treatment centers were started at 77 places where the treatment was not available. 343 posts were created for this and postings done. 110 Homoeo dispensaries started and 446 new posts created and postings done. Rs 61 crore for Sabarimala Master Plan Works worth Rs 61.27 completed as part of Sabarimala Master Plan, which is meant for providing basic facilities. Rs 10 crore given for Zero Waste Sabarimala project. Waste processing plant started at Sannidhanam. Works of walkway canopy, eight queue complexes and underpass from Pamba to Sannidhanam completed. Swami Ayyappan road readied for tractors to ply. Arogyabhavan at Pamba, Rs 523 crore renovation and repair of roads to Sabarimala undertaken. Rs 7 crore new bridge at Kanamala for making travel from Erumeli to Pampa easy and Rs 8.14 crore worth roads (14 m wide) with sidewalks at Nilakkal, facility for parking more than 10,000 vehicles, water-tank of 10 lakh liter capacity and two bore wells constructed. The roads to Sabarimala were renovated by spending 518 crore in connection with the pilgrimage season. Works of major roads leading to Sabarimala (75.2km) under heavy maintenance scheme and with five years guarantee were completed. These roads were constructed under heavy maintenance project which has a guarantee of 5 years. 124 km roads were renovated with a guarantee of three years.

Started, the Kerala Academy for Skills Excellence, the nodal agency for providing skill excellence to the youth. Under this, Nursing Institute for Career Enhancement and Centre for Excellence in International Security at Thiruvananthapuram and Enlightened Skills Programme in Oil and Rig stated at Angamali. Indian Institute of Infrastructure and Construction started functioning at Chavara in Kollam. IIIC would soon start to function for making labourers skilled for undertaking model construction works of high standards at Chavara. Minimum Wages Revised Wages were revised on two occasions in the plantation sector and were the highest increase in the history of the State. The new rates for rubber, coffee, tea and cardamom are Rs 381, Rs 301 and Rs 330 respectively. Wages were revised in the cashew sector too. Fair wages were also revised for the motor workers. Steps are being taken at a fast pace to renew minimum wages in all labour sectors that have completed its term. Minimum wages renewed in 16 labour sectors. In addition five new labour sectors included in the list of minimum wages. Five Projects for Construction of Houses Kerala State Housing Board freed from the loan liability to HUDCO by paying Rs 730.67 crore inclusive of interest. Five projects Saphalyam, Santhwanam, Sayoojyam, Saubhagyam and Grihasree were formulated to provide houses to the people belonging to all sections.

Fish Seed Law: Law to check production quality, marketing and storage of of fish seeds. CESS on KSRTC tickets to provide more facilities for commuters and for the social security of employees. Law to protect the interests of investors in different financial institutions.

Expatriate Indians (Keralites) Commission Act: Law for the formation of a commission to protect the interests and welfare of the expatriate Keralites inside the State.

Law for the formation of a State Commission for forward communities. Law that allows PSC to undertake University postings.