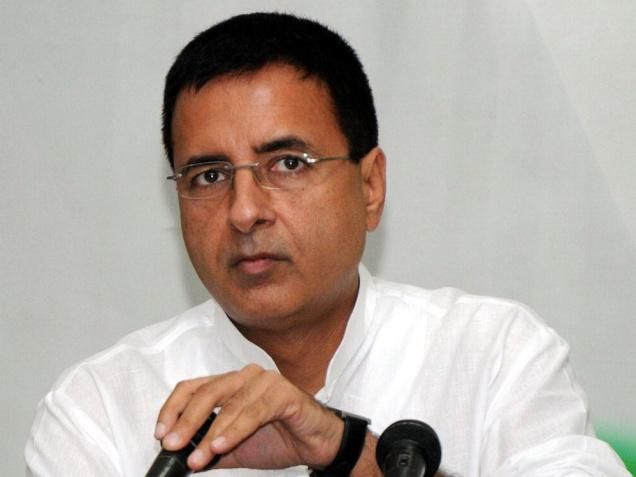 The latest Economic Survey attempts to portray the Indian economy as one of glowing promise and rosy heath. Unfortunately, the true story that emerges is of an underperforming economy, mismanaged by the BJPled NDA government, but bailed out profiteering from falling crude oil prices.

The tax revenue figures in the Economic Survey point out that indirect taxes grew by 34.8%. This is because of multiple hikes in excise duties imposed by the government as oil prices fell from around $120/bbl in May 2014 to below $30/bbl. Indirect taxes are fundamentally regressive and hurt the poor more. This government has worked to meet its fiscal deficit targets by squeezing the poor. Instead, it could have cut taxes, reduced inflation and provided a boost to real incomes of the poor.

Rural India is paying a heavy price for the government’s mismanagement. Instead of addressing the concerns of the Rural Economy in distress, the Economic Survey seeks to tax the already burdened and debt ridden poor Indian farmer. Having failed in its attempt to usurp farmer’s land through the amended Land Acquisition ordinance, it seems that Shri Modi is seeking revenge against the farmers by taxing them. The Economic Survey highlights the need to reform agriculture. Infact, this is window dressing for this government’s aggressive neglect of the farm sector that shows up in the steep fall in numerous indicators from the Economic Survey below:

The government feels safe hiding behind deceptive figures such as WPIbased food inflation at 2.2%. Yet it completely ignores the spurt in the prices of pulses and other essential commodities that have hugely impacted the poor. In November 2015, because the government failed to bring in effective policy measures and provide higher MSP for producers, it was forced to import 10 million tonnes of pulses. The Survey shows how the price of pulses have been high and beyond the reach of the common man. Nutrition and health of the poor consequently suffer.

When the Economic Survey focuses on subsidy reform, it explicitly targets those that benefit the lower middle class and the poor. Yet, in contrast, the government continues to forego revenue for the benefit of crony capitalists, assuring us that it continues to be a Suit Boot ki Sarkar.

The vast Non Performing Assets of the Public Sector Banks are not being addressed, with Finance Minister Shri Arun Jaitley unable to work out a plan to rescue distressed banks. This huge NPA burden has triggered low credit offtake in core sectors resulting in a vicious cycle of economic deacceleration.

Growth in credit flow to the industrial sector, including mining and manufacturing, has slowed down in 2015-16 as compared to 2014-15. Strikingly, the growth of credit flow to the manufacturing sector was only 2.5% in 2015-16 (up to December) as compared 13.2% in 2014-15 (up to December). These numbers from the Economic Survey clearly indicate that Make in India remains an empty slogan.

The Economic Survey devotes chapters to the plight of the Mother and Child, Social Infrastructure, Employment and Human Development. These chapters delineate how the education and health sectors have taken a hit thanks to the cuts in Centrally Sponsored Schemes initiated by the Modi government. India’s states have not been able to make up the shortfall and mother and child and human development suffer as a result.

The Economic Survey has said that there is a severe quality gap and lack of available training in skill development. It has exposed the reality of the implementation of Skill India which will impact the possibilities for Make in India.

On the trade front, the Economic Survey shows a dramatic fall in both exports and imports. It blames external factors and a sluggish world economy. But other countries, e.g., Vietnam and Bangladesh, are doing fine. The fact of the matter is that the global economy has been bad since 2008, but India’s exports and imports have never been affected the way they have been now.

Exports contracted for 2 years consecutively. Cumulative exports in 2014 (till Dec) were $239 billion, cumulative exports in 2015 (till Dec) were only $196 billion — an overall 18% decrease! Non-oil, non-gold imports also fell 20% in November. Engineering goods (21.9% of the total exports), saw a drop of 11% in the April-October period. Gems and jewelry (13% of total exports) also saw a decline of 7% in the same period.

‘The UPA Government gave great momentum to the free trade agreements which the Economic Survey points out have ‘increased trade with FTA countries more than would have happened otherwise’. But clearly, this government has missed the bus on the Trans Pacific Partnership (TPP) and Trans-Atlantic Trade and Investment Partnership (TTIP). TTP will cover 40 per cent of global GDP and 33 per cent of world trade. This will benefit other nations like Vietnam at the cost of India.’

A lot of India’s economic health rests on low oil prices (and the monsoon). If global oil prices turn around next year, India will find meeting its fiscal deficit target of 3.5% very difficult. It is our worry that the government will then try to meet its targets by putting off some portion of the Pay Commission hike or of OROP. Worrying days ahead!