NDA General Budget is unkind to the poor 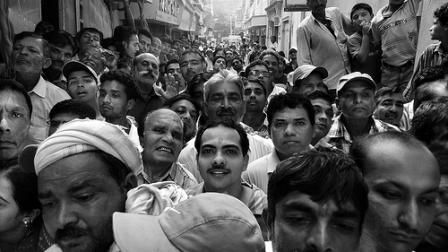 Former Union Finance Minister, ShriP.Chidambaram while reacting to the Union Budget for the year 2015-2016 by the NDA government is unkind to the poor.

The budget was presented earlier on 28th February, 2015 and we thought that we could meet you to offer our preliminary comments on the budget, of this, one has to study the papers very carefully. The time has been short there are some conclusions we can arrive at and we thought to share those conclusions with you. Firstly, listing to the budget speech and reading and again afraid one cannot avoid this feeling that. The budget leans heavily in favour of the corporate sector and the class that pays income tax. We have nothing against the corporate sector, the class that pays income tax. I think its good to remind ourselves that very very large number of people of this country. Close to hundred crore people do not fall in the corporate sector and do not pay income tax.

Budget must acknowledge their concerns and attempt to deal with those concerns. That I am afraid is missing in the budget 2015-2016. The budget also makes a very tall claim. The Finance Minister, begun with a jibe that he inherited the sentimental doom and gloom. Just five minute later into his speech he acknowledge the numbers put forward by the Central Statistics Organization. That office is part of his government. If he believes those numbers as he did for the projection made for 2014-15. He should also believe those numbers for the estimates made for 2013-14. And says so that in 2013- 14 growth had dramatically recovered from 5.1 percent in the previous year to 6.9 percent. So, when the UPA left office the economy that was well on the way to recovery and growth have been 6.9 percent. But unfortunately that Government refuses to acknowledge that fact. Be that has been made some numbers quiet an astonishing example, the Budget says that they will push back the year in which they will achieve the fiscal deficit target of 3 percent by 1.3 percent in year. I am not getting into those reasons for that can be reserved for another meeting and another article let us assume, that it is a genuine reason which means Government will borrow, additional amount of the rupees 37500 crore. Where is this 37500 crore going? As far as I mean to see that total expenditure is increasing from 1681158 crore in the current year, 1777477 crore in the next year.

That is an increase of about 96 thousand crore. So the additional borrowing is going as additional expenditure but what kind of expenditure? If total expenditure went up by about 9600 crore, one would have expected that total plan expenditure will go up. What you find here is plan expenditure will actually come down from 467934 crore this year to 465277 crore next year. So the additional borrowing is not going to plan expenditure. Its going into non-plan expenditure, the quantity of Government expenditure is to see how much is to be set up apart for plan. Every year as far as I can recall, we have increased plan expenditure. I think a recent memory the be the my first fear and which plan expenditure is projected to be dropped. I think a more detailed analysis in this can be made latter but point is making is, it, seems to me just planning commission is to be bid good bye they probably are thinking and bidding for goodbye for plan itself. We also look into some other numbers. Some of these numbers should be verified again but based on preliminary study it appear to us that there had been some cruel unjust cuts for sectors that look up to the Government for relief and help and succor. For example for scheduled castes in 2014-15 under the scheduled castes sub-plan, the allocation was 43208 crore and 2015-16 what we find these allocation is 30851 crore. For scheduled tribes in the current year 2014-15 the allocations was 26714 crore for the next year it is 19980 crore. I can give some more numbers, I am sure you can do your researching independently. Take for example the Integrated Child Development Services in the current year the Budget papers show 18691 crore for next year it is 8754 crore.

National socialist assistance programme from 10635 crore to 9074 crore. Prime Minister Employment Generation Programme in Micro and Small Medium Enterprises from 1418 to 1050 crore. Minority affairs for multi-sectoral development programme for Minorities 1250 crore to 1244 crore. For Environment and Forest, especially for national and forest eco development from 1169 crore to 688 crore. In the Pradhan Mantri Gram Sadak Yojana from 14391 crore to 14291. One would have expected that these programmes which are meant for people who are among the most disadvantaged will have an increased allocations. More money will be but aside for these this programmes. But the Speech swears by these programmes, infact, that there had been unjust cuts in this programme. Which is why we say that what is the Government’s leaning.

Does, it lean in favor of the poor. Does it lean in favor of the those who are not within income tax net. Those who are not among the income tax payers to those who are not among the corporates the answer seems to be no. The Government says growth will happen and growth has happened you will get benefit. I think this is unjust, this goes against the grain of this country, goes against the ethos of this country. For long in this country there are poor people and yes we lifted 140 million out of poverty in 10 years. Many more need to be lifted out of the poverty. The Government must lean in the favour of the poor and we do not find such a leaning in this budget. Infact, the non-income tax payer since he buys goods and against the services where to pay more excise duty has increased across the board and services tax has increased. So, non income tax payer against no relief he also pays more tax and more surprising part is what they throw in favour of the corporates.

There are giving of you some numbers and maybe we can dig up more numbers where a large sections of the people who deserved Governments support, sympathy and help are being left of the court. The overall impression I am getting an impression that this budget is being unkind to the poor, that kindness thing that I can say about the budget is unkind to the poor. Is possible that current year will have a growth of 7.4 percent last year 6.9 percent is possible that growth will pick up to 7.4. But the claim that next year growth will cross 8 percent I think it is a tall claim.

If this country must grow everybody must put his weight together behind this country, country cannot grow only on the shoulders of the corporate and income tax payers. All others must get together and I am afraid many extremely disenchanting and disillusioned by this budget.