An autocratic Modi government, refuses to hear the agony and anguish of farmers 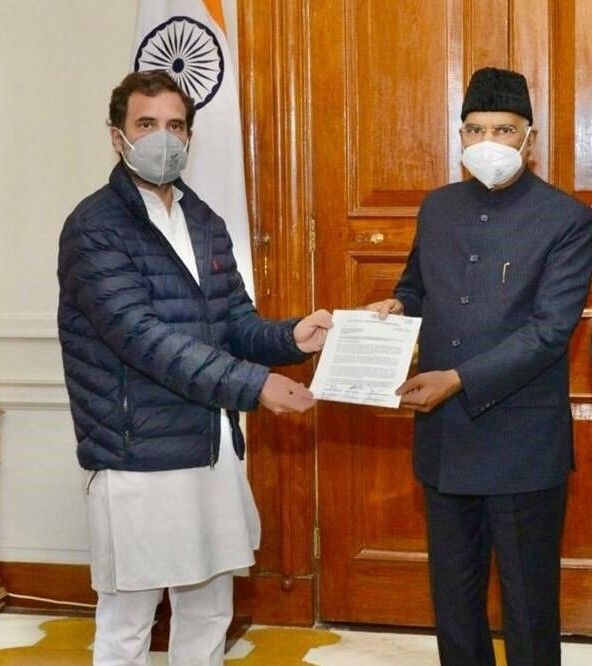 Millions of farmers and farm labourers across India have been stoutly opposing the three Anti-Farmer laws. Despite the severe cold and freezing temperatures, lakhs of farmers have continued their agitation against the said laws for the past 29 days and have been braving extreme hardship and untold misery to demand the repealing of these Anti-Farmer black laws. 44 Anndatas’ have lost their lives. Yet, an autocratic Modi government, refuses to hear their agony and anguish.

The three Anti-Agriculture laws were pushed through an ordinance. Even the institution of Parliament was deliberately subjugated by passing these laws through a voice vote in Rajya Sabha after suspending the Members of Parliament of INC and other opposition parties. Present day government seems to serve the interest of only a handful of its crony capitalist friends vis-à-vis lives and livelihood of 62 crores farmers and farm labourers.

Let us not forget that the entire edifice of “Minimum Support Price” will crumble in absence of organized grain markets and competitive auction of food grain to ensure MSP. Also, these laws will be a body blow to the food security of the country as also to the entire public distribution system itself. The catastrophic consequence can be judged by your good self. Numerous agricultural scientists and experts have also warned the Modi Government about the huge adversity that these three Anti-Farmers black laws would entail upon India’s farmers and it’s poor.

INC has undertaken a nation-wide campaign and has collected the signatures of nearly 2 Crores farmers demanding the repeal of the three laws. The same are being submitted to your good self along with this memorandum. On behalf of India’s farmers, we urge you to ensure the repeal of these three Anti-Farmers, Anti-Agriculture, Anti-Poor laws.