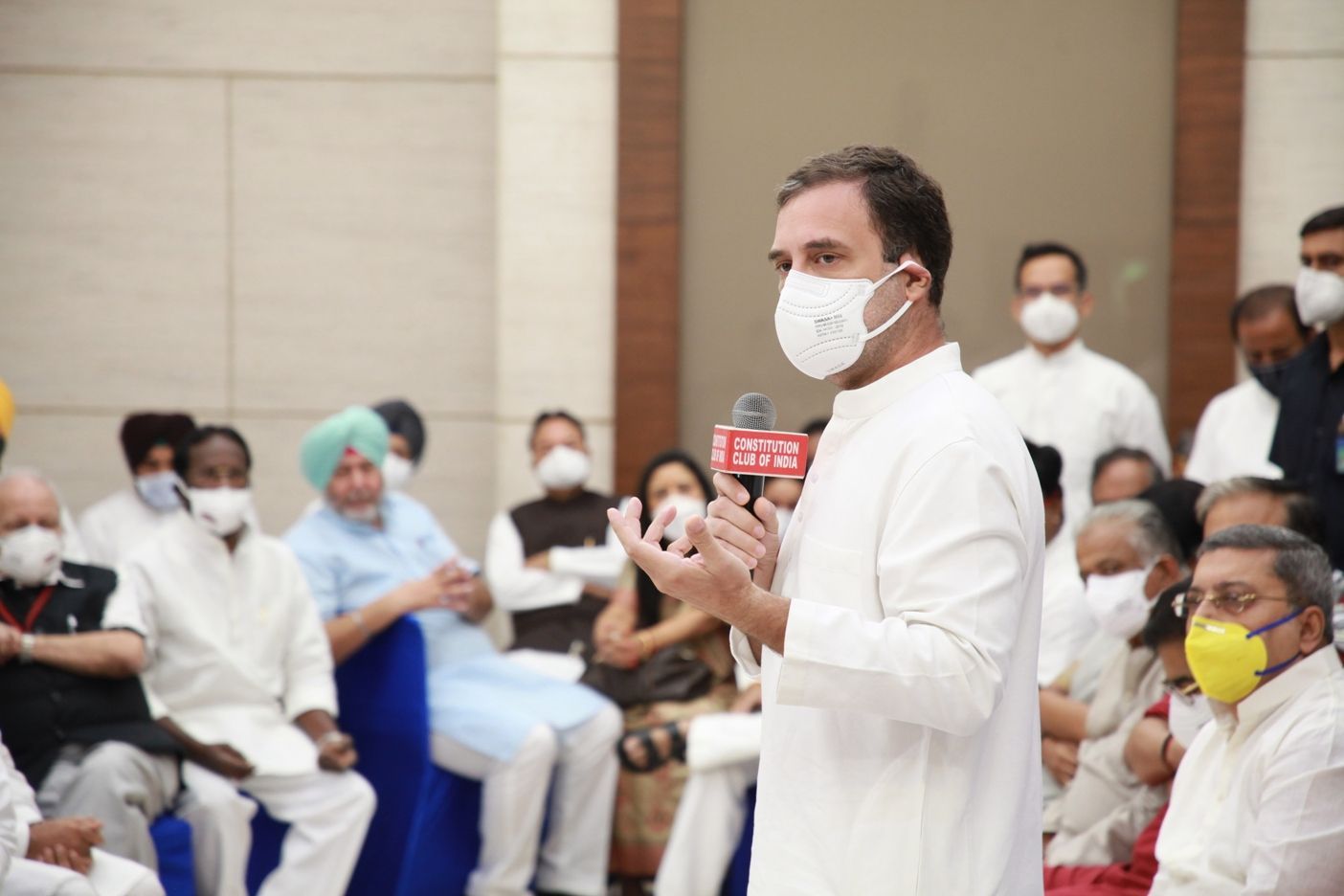 New Delhi: Leaders of thirteen like-minded non-BJP parties attended the breakfast meeting hosted by former Congress President Shri Rahul Gandhi at the Constitution Club on August 3, 2021, to forge a joint opposition strategy in the face of parliamentary disruptions over the issue of debate on Pegasus spyware matter.

The opposition discussed the strategy for the remaining monsoon session which ends on August 13. It also demanded a debate on the Pegasus issue, but the government said that the government can take clarifications on IT minister Ashwini Vaishnaw’s statement rejecting Pegasus spying charges.

Later Congress leader Shri Rahul Gandhi, along with the MPs of the Opposition Parties, rode a cycle to Parliament to protest the fuel price hike.