What About the Bottom Half of Indian Households? 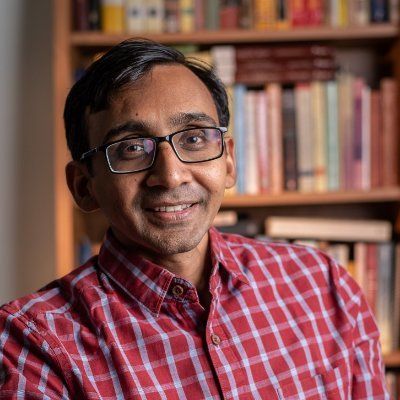 This year’s Union Budget, presented to Parliament by Finance Minister Nirmala Sitharaman, is the second budget during the pandemic period. As with last year, the twin challenges this time were offering vital income support to poor and vulnerable households which have suffered greatly during the pandemic, while stimulating broad-based recovery in growth. The two goals are intimately connected. However, even more than last year, this budget does not make direct provisions for the former.

The Economic Survey provides the context for the decisions made in the budget. The survey emphasises rapid economic growth of 9.2 per cent in 2021-22. But given the low base effect of the pandemic year, it is more instructive to compare real GDP in 2019-20 (the pre-pandemic year) to that in 2021-22. This comparison reveals modest growth of 1.26 per cent. This is not nothing. It indicates that the losses of the pandemic were made up for completely and then some, during the past year, at least in aggregate terms. But when we look at the composition of this recovery, some worrying signs emerge. Consumption, which is the largest part of the GDP, is still short of its pre-pandemic value in real terms by 3 per cent. Government spending is up 10 per cent while private investment is up by 2.5 per cent, indicating that public investment has driven the recovery.

As is well known, the GDP numbers do not capture the informal sector adequately. Here we must rely on household surveys. As per nationally representative household data from the CMIE, employment has been back to its pre-Covid levels for several months now, but incomes remain stagnant at around 80 per cent of their pre-pandemic levels. That is, the average household has lost almost a year and a half to depressed incomes. Recall that, as per the Periodic Labour Force Survey data, the average Indian worker earned only around Rs. 11,000 a month prior to the pandemic, and a monthly income of Rs. 50,000 per month placed a worker in the top 5 per cent of the income distribution. In this context, a persistent income gap over more than a year, signifies almost certain hardship. Indeed, multiple smaller surveys show a large build-up of informal debt and households resorting to pawning jewellery to make ends meet. Food insecurity also persists.

Given this macro and welfare context, the budget ought to have substantially increased total fiscal outlay, in part towards capital expenditure and growth, and in part to an expanded safety net. In fact, the total outlay for next year is 39.4 lakh crore, up from 37.7 lakh crore, the revised estimate for 2021-22. In real terms, assuming inflation of 5 per cent next year, this means that the total spending is approximately the same for the coming year as it was in this year.

We can look at two key big ticket social expenditure items, MGNREGA and PDS, to get a sense of the thinking behind the budget. During the first pandemic year, the total allocation for MGNREGA was Rs. 1,11,170 crores. Field reports and surveys indicated that this was inadequate given the large increase in demand for work under the programme from returning migrants as well as distressed rural workers. In the second pandemic year, the budgeted amount was reduced to the pre-pandemic level of Rs. 73,000 crores. However, distress and the resulting sustained high demand for work under the programme forced the government to increase the outlay, which finally rests at Rs. 98,000 crores for the current financial year. Even this is not adequate, given the prior pending wage payments and the current demand. Hence the budget estimate for the coming year, once again at Rs. 73,000 crores, is nowhere close to sufficient. It is likely that more funds will be released over the course of the year as needed.

The amount budgeted for foodgrains delivered via PDS has also been reduced from Rs. 2,10,929 as per the revised estimate of 2021-22 to Rs. 1,45,920 in the coming year. This too reflects the thinking that the worst effects of the pandemic, reflected in increased hunger, are safely behind us. But this is not the case. And even if households are now earning enough to meet their basic food needs at the pre-pandemic level, provisioning of expanded rations will enable them to devote some resources to other ends, such as paying down debt or increasing consumption on other items. This will improve their living standards as well as contribute to increased aggregate demand.

Before concluding, a small point worth noting, given the continuing debate on the state of economic statistics in the country, is that last year’s budget allocated Rs. 28 crores for the National Programme for Improving Quality of Statistics in India. But the revised estimates show that nothing was spent on this programme and its allocation for the coming year has been reduced to a token Rs 0.01 crore.

In sum, the Union Budget scores reasonably well on the continued emphasis on alleviating supply-side problems via infrastructure investment and improving ease of doing business. But it scores poorly on spending that will compensate the bottom half of Indian households for the enormous sacrifices made during the past two years. To the extent that this means continued low levels of aggregate demand, it also risks a return to slow economic growth once the base effect of 2020-21 has disappeared.

The writer heads the Centre for Sustainable Employment at Azim Premji University Courtesy: The Indian Express