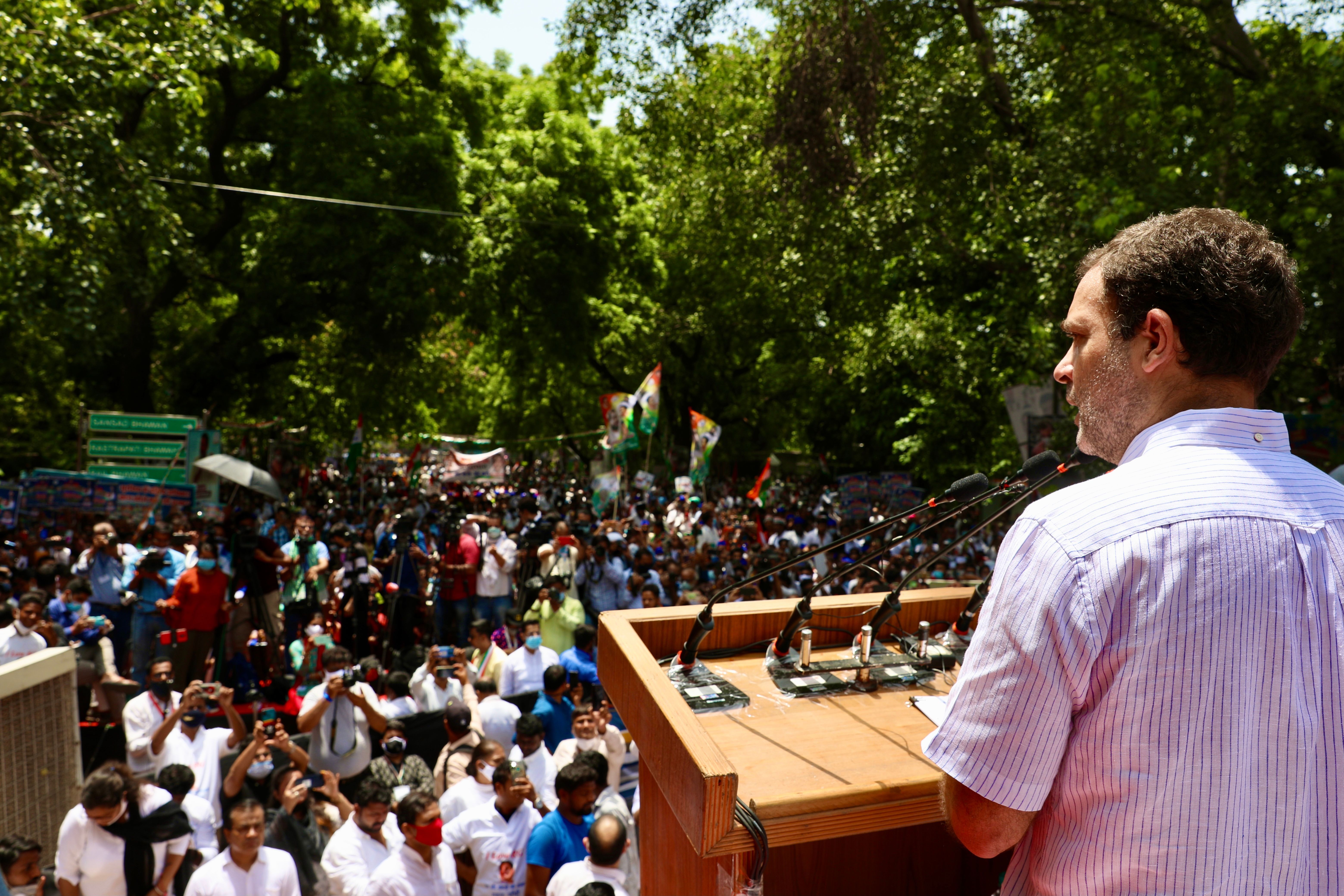 New Delhi: On August 12, 2021, Congress leader Shri Rahul Gandhi launched a particularly sharp attack on PM Narendra Modi. He said that the PM will be “thrown” out of power by a “storm” created by the voices of poor, Dalits, farmers and workers in the country. He said that Indians understood the current situation prevailing in the country and the Congress and its frontal organisations have a job to remind them that they need not fear any force but challenge it.

“A voice of poor, Dalits, farmers and workers will be heard in the country. It will gather momentum gradually and turn into a storm that will throw Narendra Modi out of Prime Minister’s residence,” Shri Rahul Gandhi said addressing partymen at the ‘Halla Bol’ protest at Jantar Mantar. The SC/ST Department of the Congress organized the protest against alleged atrocities on Dalits. “Our job is to remind people of India what Baba Saheb and Mahatma Gandhi said. They said - Do not be afraid of anyone. These cowards and hollow people will run away the day country starts fighting them. It’s the job of Congress, SC/ST department, Youth Congress and NSUI to remind people of India that they can challenge any force without fearing it,” he added.

He claimed that the Constitution is under attack from all sides in the country. “We are not allowed to speak in Parliament if we raise the issues of farmers, Dalits, backward classes and women,” he alleged. “For the first time in the history of the country, parliamentarians were beaten and shoved in the Rajya Sabha,” he alleged further.

The Congress leader attacked the Prime Minister, alleging he committed “atrocities” on farmers and destroyed the small and medium businesses in the country by demonetisation and GST. “During the corona virus pandemic, we demanded that people should be directly provided money and small and medium businesses needed to be helped. But, Narendra Modi gave money to his 4-5 industrialist friends and others got nothing,” he alleged. The protest was also attended by many Senior Congress leaders including Shri P. Chidambaram, Shri KC Venugopal, Shri Nitin Raut, Smt. Sushmita Dev, Shri K.H. Muniyapa, Delhi PCC President Shri Anil Kumar and other senior leaders of the Party.