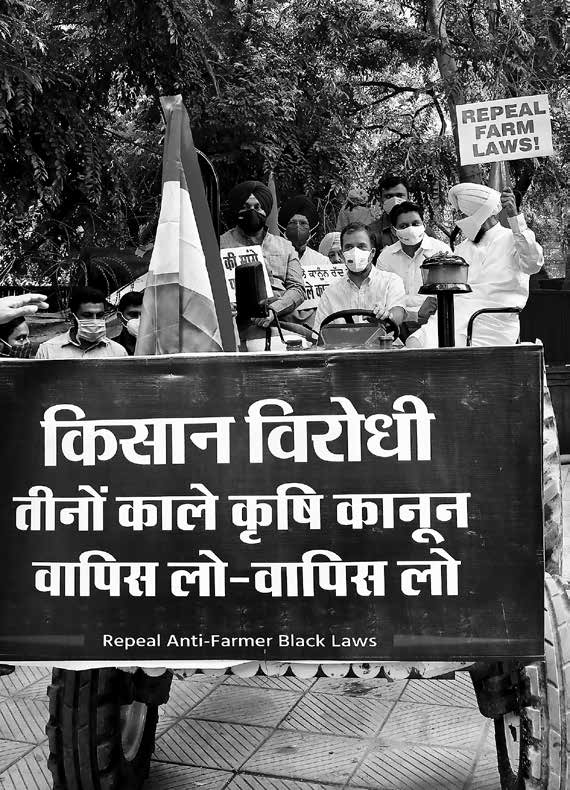 New Delhi: Congress leader Shri Rahul Gandhi drove a tractor to reach the Parliament to register his protest against the three farm laws on July 26, 2021. The Congress leader said that he had brought farmers’ message to the Parliament. He also said, “As per government, farmers are very happy and those (protesting farmers) sitting outside are terrorists. But in reality, farmers’ rights are being snatched away,” he added.

In a short interaction with media Shri Rahul Gandhi addressed the media outside the Parliament House, on July 26, 2021. In response to a question that you have come on a tractor, what is the message, Shri Rahul Gandhi said, “I’ve brought farmers’ message to the Parliament. They (Government) are suppressing the voices of farmers and not letting a discussion take place in the Parliament. They are suppressing all the farmers of India. We have brought this tractor here. They’ll have to repeal these black laws.”

On a question that it has happened for the first time that an important leader has reached the Parliament House with a tractor, along with the farmers, but the government is not listening to you people? Shri Rahul Gandhi said that I just want to give this message that this is the message of farmers, and that is why I have brought it here.