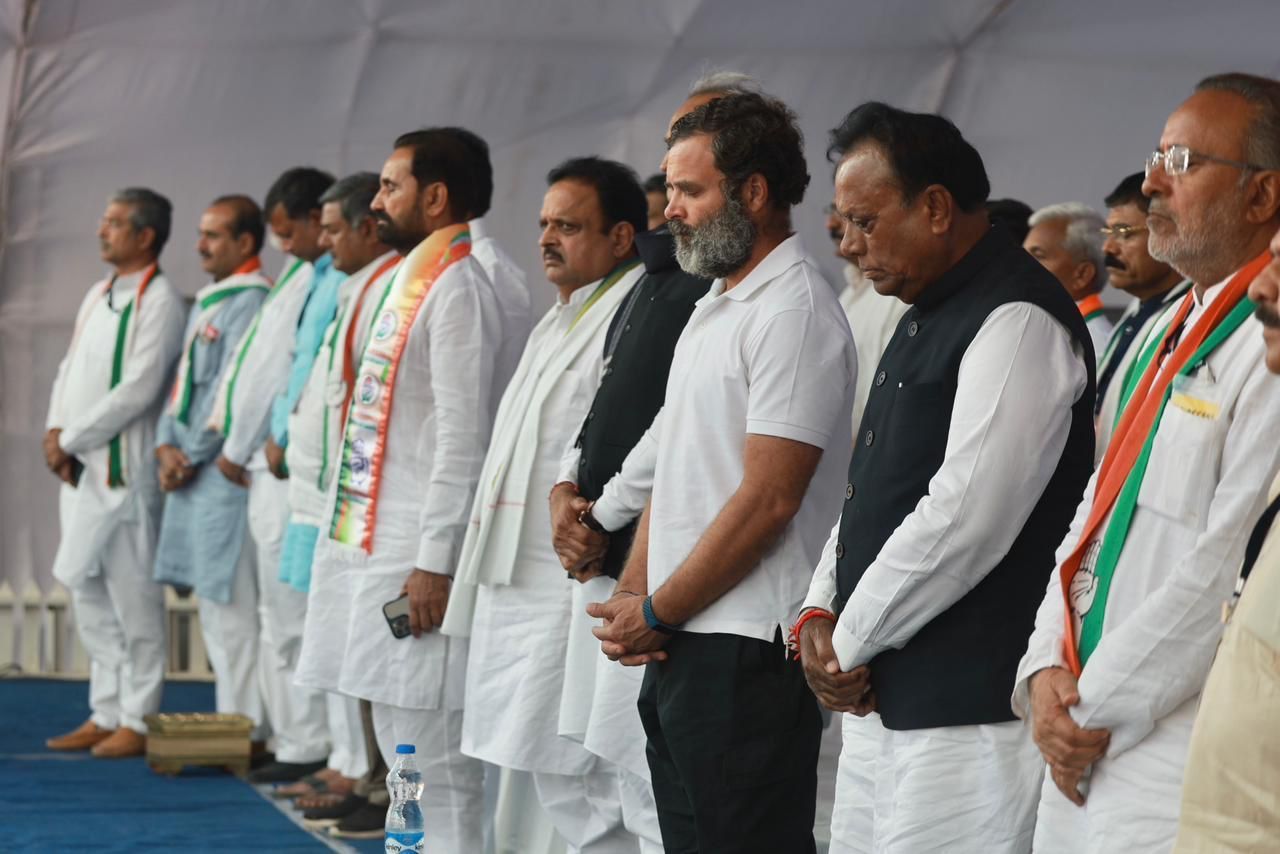 Rajkot: Congress leader Shri Rahul Gandhi on November 21, 2022, said that the ruling Bhartiya Janata Party (BJP) in Gujarat was trying to protect the “real culprits” behind the Morbi bridge collapse in which 135 persons were killed on October 30.

Shri Rahul Gandhi said,“…those who were responsible for tragedy have good relations with the BJP and therefore, the real culprits are being protected. Security guards were arrested but those responsible were not arrested.”

Speaking on unemployment, Shri Rahul Gandhi claimed that those who wanted to become doctors and engineers have become gig workers, as they did not get educational opportunities. He added that the government has trampled small industries with imposition of GST and demonetisation of currency notes in 2018.When industrialists don’t pay, it is called non-performing asset, when farmers do not pay, they are called defaulters. In PM Bima Yojana, farmers pay premium and when the crop is damaged, they don’t get anything.

Congress gave you MGNREGA, scholarships; BJP took away your land: Rahul Ji to tribals in Gujarat

MAHUVA/Surat (Gujarat): Former Congress President Shri Rahul Gandhi on November 21, 2022, said that he felt the pain of farmers, youth and tribals after meeting them during his ‘Bharat Jodo Yatra’ and accused the BJP of drawing up plans to displace adivasis by handing over forests to industrialists.

Attacking the ruling party, the Lok Sabha member from Kerala said, “The BJP does not call you adivasi but calls you vanvaasi.” He further said, “I am telling you that you are the first owners of the country. The country has been taken away from you.”

Further targeting the BJP, he said that the Saffron Party worked to weaken important legislations like the Panchayat Extension to Scheduled Areas Act (PESA), the Land Acquisition Act and Forest Rights Act, among others.

He said that lakhs of people, including farmers, unemployed youths, women, tribals, Dalits, backward community members and minorities walked with him during the ‘Bharat Jodo Yatra’ which was inspired by Mahatma Gandhi.