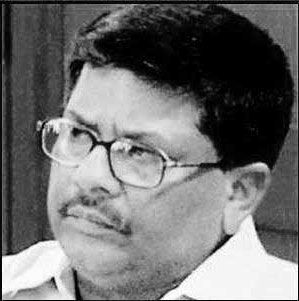 “We have to understand one another, and if we cannot agree about everything, we must atleast agree to differ and know where we agree and where we differ” -

J.LNehru , Address to Annual Convocation of Muslim University of Aligarh, 24/1/1948

The growth of any nation depends on the strength of University system as these institutions always create correspondence between change and continuity and always redefine the space according to changing times. Infact, Universities have always been centre of difference of opinion, freedom of expression and multiplicity of concepts. Obviously, the freedom of expression, at no stretch can be extrapolated to advocating, sloganeering and plotting disintegration of the country. Those who were involved in shouting anti-India slogans in JNU on 9/2/16, they should be brought to the book through proper and impartial investigation so that such tendencies can be curbed and discouraged. But in the name of investigation any attempt to control a campus will be counterproductive for democratic national development.

With the advent of BJPled NDA government at the centre, the unease has dawned on the campuses across the country and been increasing day by day. From the beginning, the present government unleashed systematic attack on the academic institutions and their statutory bodies like Academic Council and Executive Council have been reduced to be rubber stamp. The Choice Based Credit System (CBCS) was imposed at one go on the all government universities and consequently, all the universities including central universities are teaching syllabuses decided by the UGC. By doing so they violated the acts of all the universities which have the mandate of the Parliament. Secondly, No two universities in the world teach the same syllabus. Regimentation of knowledge is pushing these universities to medieval times. With shrinking spaces in university there is nothing left for any innovation and creation of new knowledge system as it is already being predecided. Thus, stifling freedom of expression in the country is the new mantra of BJP. This can be seen from recent action by MHRD which directed the universities to reply its letters within four hour of their receipt.

These letters are sent in the name of consultation on the issues of opening of Foreign University Campuses, fee structure and addition of infrastructure in existing universities. In one case, universities received a letter at 10.23 AM and they were asked to reply the ministry at 1.00PM on the same day. This is a perfect example of Tuglaki Farmaan of the present government. Such dictates from the ministry have snatched autonomy away from the universities. This blatant attack on statutory decision making bodies like AC, EC & University Court is nothing but a deep rooted agenda to saffronise and communalise higher education. In supporting the following resolution of 19th Indian National Congress in 1903, Madan Mohan Malviya opposed Universities Bill and said, “ The Universities Bill, if passed into Law, will have the effect of restricting the area of education and completely destroying the independence of the Universities upon which largely depend their efficiency and usefulness , and turning them practically into department of Government.”He said, “That each University should be dealt by a separate Act”.

The same line of keeping universities free from governmental interference was maintained in both formal and informal sense. The Congress led government under the leadership of Nehruji laid down the foundation of various educational institutions such as IITs and IIMs according maximum autonomy for them. But this situation seems to be under serious threat with the advent of Modi government perusing Fascist agenda aggressively. The shocking suicide by young dalit scholar- Rohith Vemula in University of Hyderabad (UoH) indicates that the present dispensation has failed to use these institutions as a means of social transformation and turned Rohith’s difference of opinion being into anti-national. This growing interference towards difference of opinion does not augur well for the democratic India.

The suicide notes of Rohith Vemula speaks about the death of aspirations of a youth coming from socially marginalized section, who wanted to achieve meaningful position through educational means. Nothing can be more saddening than a young talented mind losing his life out of a desperation emerging out of a system where institutional mechanism and rule of law seem to have given way to ‘rule of MHRD diktats’. We firmly believe that suicide cannot be a method of fighting social and political battle and appeal to desist from this. In the case of JNU incident of 9/2/16, the Vice Chancellor had timely constituted Enquiry committee and teachers, students and karamcharis had expressed faith in this committee. Even, the Chancellor had praised these timely actions including setting up of enquiry committee. It is shocking that neither UGC nor MHRD or any other responsible departments of government acknowledged or appreciated the move. Rather, the elected representatives of BJP or its sister organizations continuously expressed violent methods in public and aired abusive statements which led to defamation of entire JNU as an institution.

Although, The statement of JNUTA clearly termed excessive police action in JNU as “an attack on the varsity which is known for its democratic ethos. It said, “The JNU teaching community is extremely concerned at threat to democratic ethos, which has played a critical role in assuring that university serves its social function and secure its position as one of the premier institution of higher education.” Rahul Gandhi out rightly said, “If somebody has said or done anything against the country, they should be punished according to the law,” At the same time, he said, “But you cannot defame all the students and an entire institution like JNU. It is not the government’s job to destroy our educational institutions and crush expression of all students,” (The Indian Express 19/02/2016 at 1.54 pm) Contrary to ideas of democracy, the attack in the Patiala House Court shows an attempt to define a unilinear model of nationalism thus suffocating all dissent and hinting at growing intolerance that is got manifested in the attack. This is a strategic attempt to silence and assume ‘certificationagency’ for nationalism and gaining legitimacy among people thereby hiding their failure to contribute meaningfully to Indian national movement.

We know that freedom of speech and expression is available with limitations, we all know it, but those limitations should not be used to propagate only one ideology because of being in power. Therefore, The NDA government is rupturing the autonomy of Universities which had been vociferously opposed by various leaders such as Madan Mohan Malviya ji etc. This fascist design of NDA must be opposed so that knowledge production and knowledge dissemination remains outside the control of fascist forces and continuously University system serves the purpose as outlined in Acts, statutes and ordinances of Universities passed in Parliament.