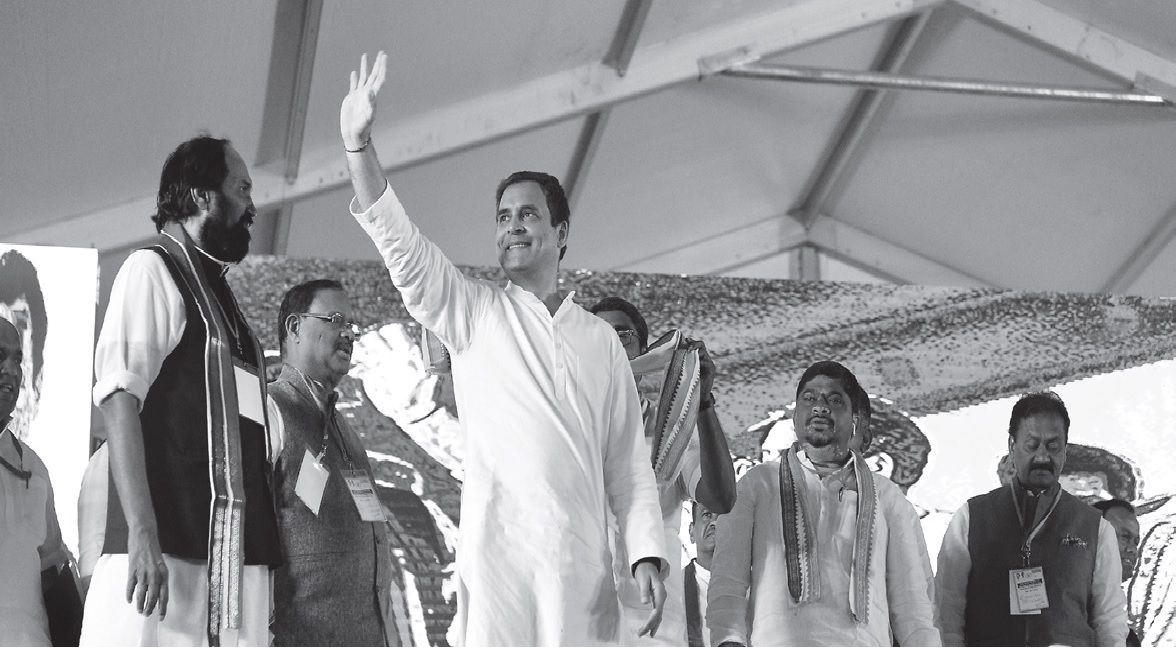 Hyderabad: The Congress launched a full-frontal attack on TRS chief and caretaker Chief Minister K Chandrashekar Rao on 23rd November, 2018, accusing him of running a “family rule” in Telangana and “failing” to respond to the aspirations of people of the state.

UPA Chairperson Smt. Sonia Gandhi and Congress President Shri Rahul Gandhi on 23rd November, 2018 led the criticism against the TRS chief in a show of strength by the opposition alliance. Leaders of its constituents — the TDP, Telangana Jana Samiti and CPI — shared the dais with the grand old party at an election rally at Medchal on the city’s outskirts.

Smt. Sonia Gandhi, on her maiden visit to Telangana after the formation of the state in June 2014, recalled the problems the Congress party faced due to its decision to bifurcate Andhra Pradesh, saying despite being aware of adverse political consequences, the Congress went ahead and created Telangana and paid the price in the elections that followed.

“It was not an easy task. It was no small decision. But former Prime Minister Dr. Manmohan Singh and Shri Rahul Gandhi and the Congress party decided to form Telangana state,” she told the rally.

“Chief Minister Rao has cared only for himself and his own people leaving the child (Telangana) to suffer. Dalits, adivasis, minorities, backward classes, women and students were all neglected. The chief minister should tell us what promises he made to them and he kept,” she said.

She said she was “very sad” that development which was expected after the state’s formation had not happened under the TRS dispensation which disappointed youth by its failure to provide them jobs.

Farmer suicides were taking place and agriculturists were still facing water scarcity, the UPA chairperson said. “The TRS government failed to fulfil the aspirations of the people of the state,” she said, adding it did not implement the land acquisition law enacted by the UPA government. The people did not reap full benefit of the UPA dispensation’s flagship rural employment scheme MNREGA under Rao’s government, she said.

“Through this meeting I appeal to you to vote for the Congress and allied parties, and ensure their victory. Extend your support for the development of Telangana,” she said even as she reaffirmed the Congress party’s commitment to special category status for Andhra Pradesh.

Congress President Shri Rahul Gandhi attacked Chandrashekar Rao, saying “only one man ran Telangana for the last five years. He did whatever came to his mind for his family”. “I am asking what did the TRS government do for Dalits, tribals, backward classes...what promises were fulfilled?” he said and predicted that the TRS rule was all set to end.

The Congress President Shri Rahul Gandhi said it was to provide jobs to the unemployed youth and to address the problems of farmers that the Congress had formed an alliance with the TDP, CPI and the TJS. “The alliance government will work for the people and not for one person. The dreams for.