Pegasus: It was an attack on the democratic structure, on the foundations of our nation: Rahul Gandhi 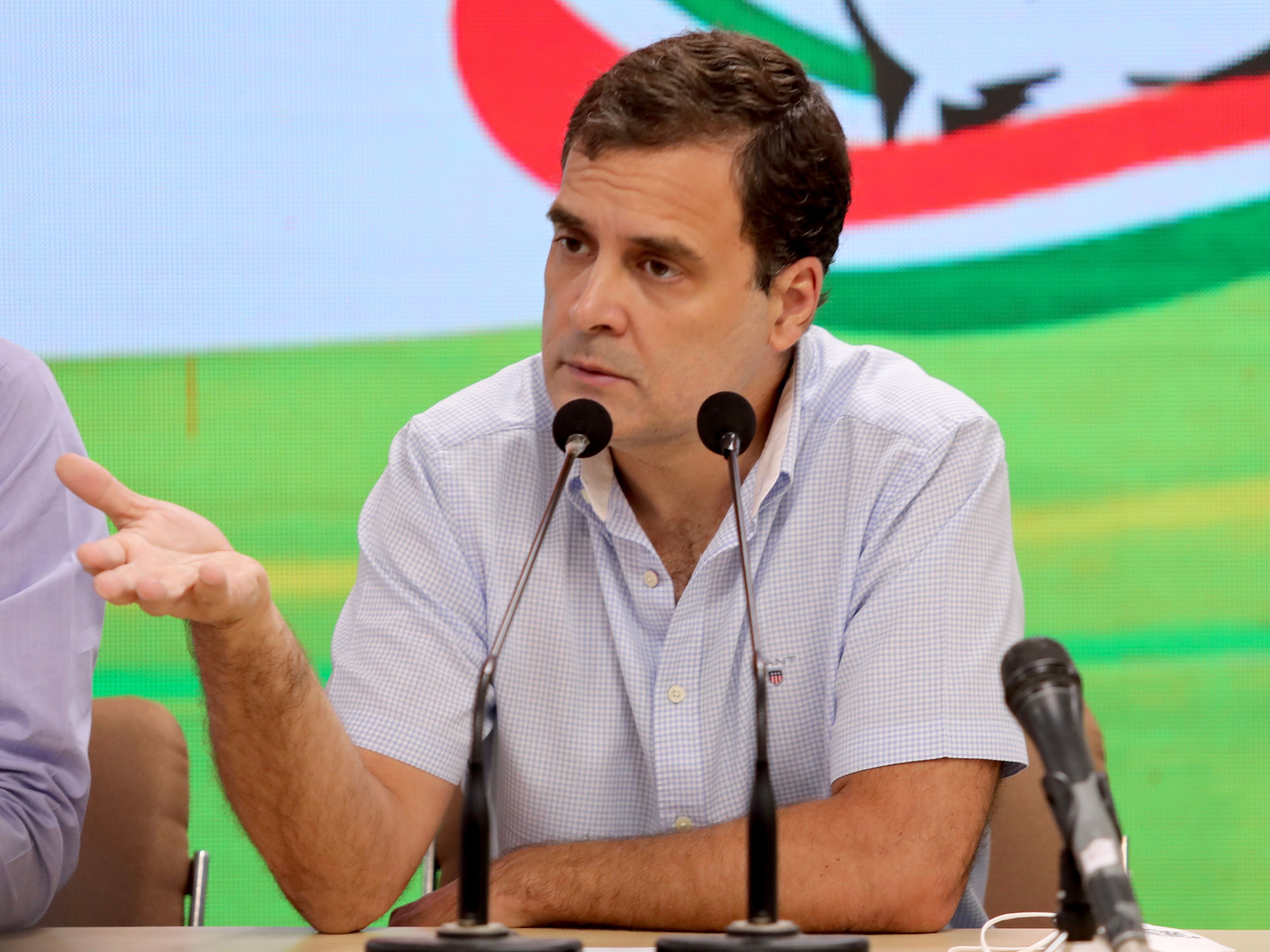 Shri Rahul Gandhi, former Congress President, addressed the media at AICC Headquarters on October 27, 2021, after the Supreme Court appointed a three-member expert panel to probe into the alleged use of Israeli spyware Pegasus for surveillance of certain people in India, highlighted the aspect pertaining to the freedom of press and said it is compelled to take up the cause in the matter to determine truth and get to the bottom of the allegations made. Shri K.C. Venugopal, GS, Organization and Shri Randeep Singh Surjewala, GS & In-charge Communication Department, AICC were also present on the occasion.

Shri Rahul Gandhi said- During the last Parliament session, we had raised this issue of Pegasus because we felt that it was an attack on the democratic structure, on the foundations of our nation and we had jointly blocked Parliament. So, today the Supreme Court has given its opinion and basically supported what we were saying.

Our second question was who are the victims of Pegasus? Who is it used against? Because there is a list of people including politicians, opposition leaders, BJP members, Supreme Court people, so there is a Chief Justice of India, there is a list of people. So, we asked who were these people that have been attacked and the final thing was - and I think that this is a very important thing- Did any other country have access to information of our people, were they privy, was this data kept with them and we didn’t get any answer. No reply was given to us.

Pegasus is an attempt to crush Indian democracy. It is an attempt to make sure that the vibrancy of the democracy, the conversations that take place in a democracy are crushed and people are controlled. So, it is a big step that the Supreme Court has said that they are going to look into this matter. I am confident that we will get the truth out of this.

On a question that what will be your next step, Shri Rahul Gandhi said-Well, of course, this is now going to be looked at by the court but, as I said, central institutions of this country were attacked by Pegasus. We all know that that’s not the only attack that is taking place. There are many different ways in which the idea of India is being attacked. Pegasus is, of course, a particularly nasty and subversive way of doing it. It is a way basically to control the politics of the country, to frighten people, to blackmail them into not doing what they are supposed to do. Not allowing the democratic process to work.

For us, we are quite happy that the Supreme Court has accepted to look into this. There is the institution of Parliament where we will raise this again and we will try to have a debate in Parliament and I am pretty sure the BJP would not like that debate so they will make sure that the debate is stalled but, we will try to hold that debate and then we will tell the people of India that the idea of India is being attacked.

On another question that there should be a JPC too on this? Shri Rahul Gandhi said that it is now the matter of the court and that inquiry is going on. But we would like it to be discussed in the Parliament. Look, this Pegasus is either ordered by the Prime Minister or by the Home-Minister. No other person can order this and if the Prime Minister has attacked our own country in allegiance with some other country, then we want to hear the Prime Minister’s stand on this as well. Have they done it, and if they have, then why? Because looking at it through legal frame, Pegasus is illegal. It is not legal in India to do snooping using Pegasus. So, we would like to know, why the Prime Minister is doing an illegal act- He is not above the nation. He is not above the institutions. Who was receiving the data through this Pegasus? There were Chief Ministers, former Prime Ministers, was the Prime Minister getting this data? Was this being given to the Home-Minister? We want to know this, because if the Election Commission’s phone, which is being tapped, if its data is going to the Prime Minister, if the CEC’s data, the opposition leaders’ data is going to the Prime Minister, this is a criminal act. There is no other way of putting this, so we will follow that also.

On another question that do you think justice will come out, Shri Gandhi said- Look, the court is going to look into this matter and I am no one to comment on the action of the Supreme Court and what they choose to do. I hope, they will do their job and provide justice. But this is a deeper problem. As I said, if the Prime Minister of India was privy to this information, and it is one thing, if you are using Pegasus to find out about terrorism, you are using Pegasus to find out about national security, that’s a different issue. There are questions even about that, but, that’s a different issue, but, if the Prime Minister is using this as a personal tool, meaning, if the data is arriving on the Prime Minister’s desk, then that’s totally criminal. And we will follow that up; we will make sure that is followed up. Governments have been dropped. In Karnataka, the Government was dropped using Pegasus.

On another question that it has been said on behalf of the Supreme Court that we have given many opportunities to the government to file a reply regarding Pegasus, but the government has not given any answer, how will you see this? Secondly, if this committee wants to approach you too, will you cooperate? Shri Rahul Gandhi said of course, I mean if they approach us, why would we not cooperate? But the government has no answer. Because the truth is, it is an illegal action and only two people could have done that action, third person could never have done that action. Mr. Gadkari cannot take this decision. Some other ministers could not have taken it. The Prime Minister or the Home-Minister has authorized this. My guess is, they will not get an answer. I mean, very difficult for the government to answer these questions.