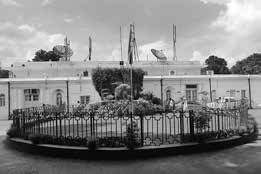 Covid outreach programme launched nationwide and Agitational programmes announced on runaway inflation. Pursuant to constitution of the National Covid Task Force and launching of a nationwide Outreach Campaign, a meeting of AICC General Secretaries/In-charges was held on June 24, 2021 and was presided over by the Congress President, Smt. Sonia Gandhi. The meeting emphasized time bound implementation of the outreach programme, which aims to cover approx. 3 crore households in 30 days, thereby touching approximately 12 crore people (at an average of 4 members per family), covering 7199 Blocks and 7935 Towns in 736 Districts of the country. Total expected feet on ground would be 1,51,340 Congress workers at the peak of the campaign.

Led by Congress President, the AICC team also discussed and deliberated upon the important and urgent issues of runaway high inflation, price rise, the skyrocketing cost of pulses, edible oil and other household products as also everyday unprecedented rise in Petrol-Diesel prices. In last two months alone after May 02, 2021, Modi Government has hiked the fuel prices on 29 occasions. In more than 150 cities, prices of Petrol have crossed Rs.100 per litre.

Similarly, the prices of edible oils have nearly doubled over last six months. Prices of pulses have seen an unprecedented rise. Every household item has seen a quantum jump in prices. The increase in the wholesale price index in May 2021 has been 12.94% which is the highest in last 11 years.

Moved by the plight of the people already suffering on account of the Corona pandemic, rampant unemployment and salary cuts, the Congress Party has decided to launch nationwide agitation programmes at Block, District and State levels. These programmes shall be implemented by the State units between July 07 to 17, 2021. It shall comprise Congress Party Leaders, AICC Frontal Organizations including Mahila Congress leaders and members, aided by scores of ordinary party workers all over the country.