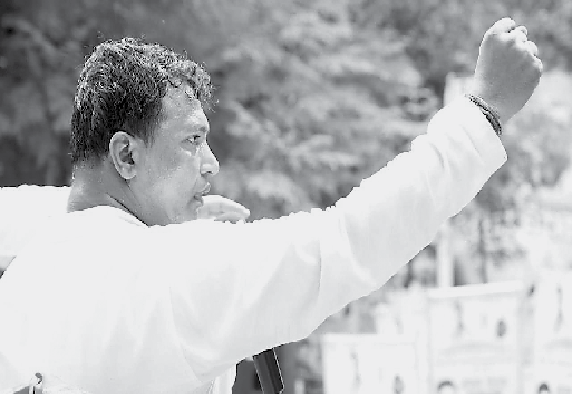 New Delhi: Raisina Road saw a ‘Sansad Gherao’ protest by the Indian Youth Congress against the Centre on August 5, 2021, in which senior Congress leaders and hundreds of IYC workers were detained.

Congress leader Shri Rahul Gandhi participated in the ‘Parliament Gherao’ protest of the Indian Youth Congress against rising oil prices and Pegasus Spyware. During the protest, Shri Gandhi accused Prime Minister Narendra Modi of failing to meet his promise of providing jobs to the youth.

Police used water cannons to disperse the protesters before detaining 589 people, including MPs and MLAs, who were part of the IYC protest.

The three contentious Agri laws, inflation, unemployment and the Pegasus snooping scandal were among the issues highlighted by the protesters, who also accused the BJP of running away from debate in Parliament.

Leader of the Opposition in the Rajya Sabha Mallikarjun Kharge, Congress general secretary (organization) K.C. Venugopal and other senior Congress leaders were among those who attended it.