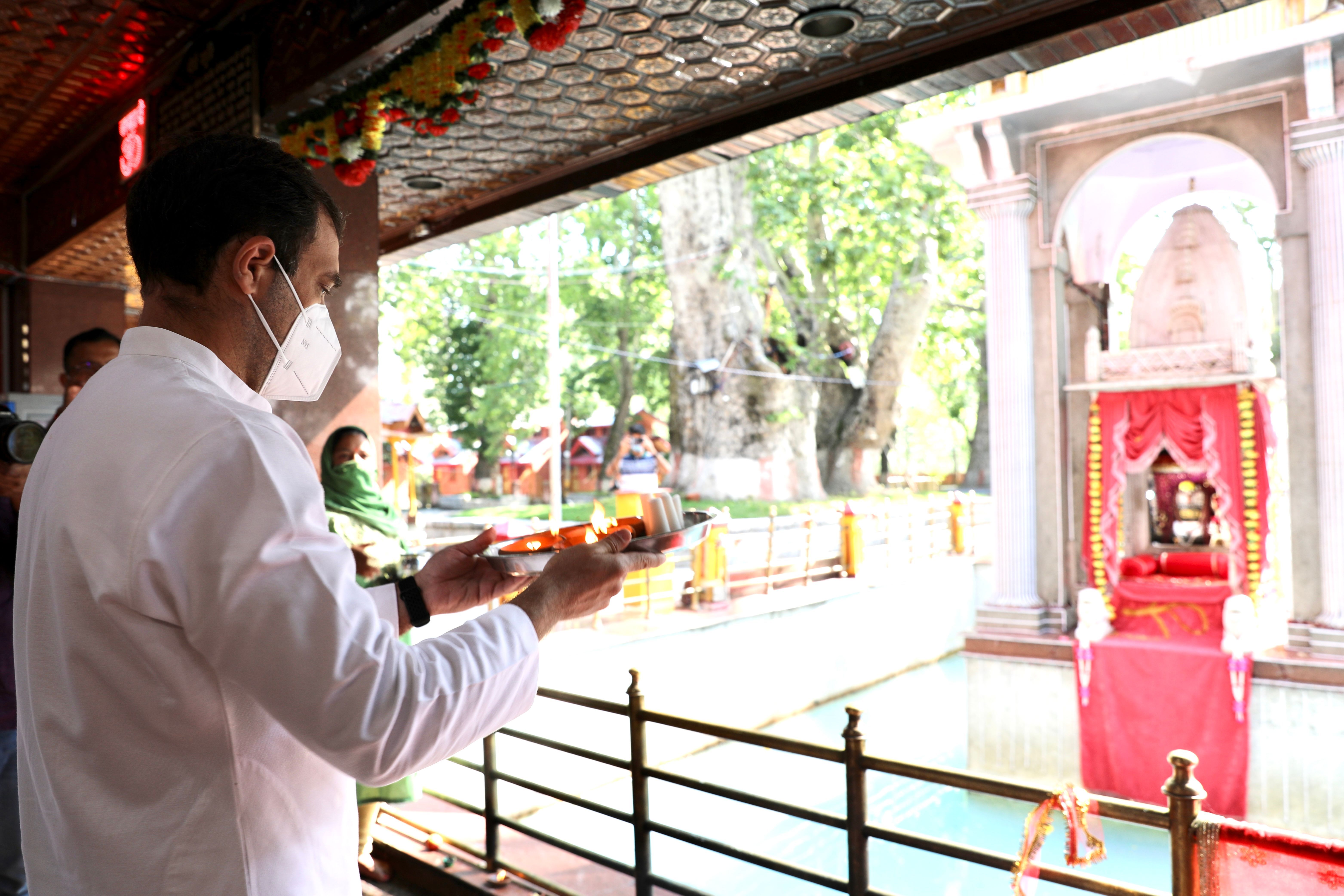 Shri Gandhi also visited the Kheer Bhawani temple in Ganderbal district of Jammu and Kashmir and the Hazratbal shrine on August 10, 2021. “He reached the temple nestled among mighty chinars in Tullamulla area of the central Kashmir district early in the morning,” a Congress leader said.

He further said, “Shri Rahul Gandhi was accompanied by the Party’s General Secretary In-Charge Organization KC Venugopal and AICC Incharge J&K Smt. Rajni Patil to the famous Ragnya Devi temple popularly known as Kheer Bhawani. Shri Gandhi spent some time at the temple and offered prayers. Immediately after leaving the temple complex, the former Congress president visited the nearby shrine of Mir Baba Haider to pay obeisance there. He then visited the Dargah Hazratbal shrine on the banks of the Dal Lake here and prayed there as well.”

Later Shri Rahul Gandhi inaugurated the Congress Bhawan at MA Road in the heart of the city and addressed the Party workers. He also interacted with party leaders and workers at the party office.