Rahul Gandhi attacks PM, alleges nobody can get justice without fearing consequences 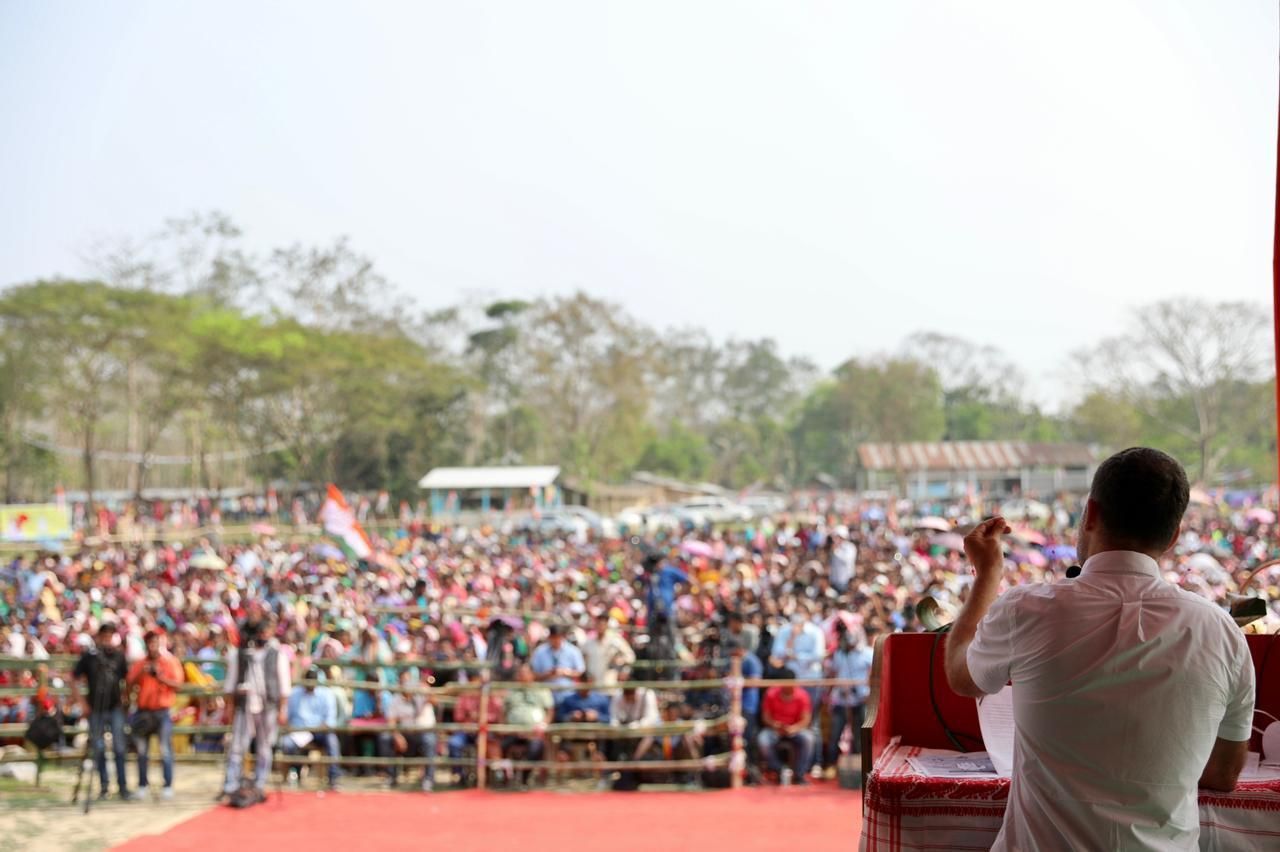 Puducherry: Attacking Prime Minister Narendra Modi, Congress leader Shri Rahul Gandhi on 17th February, 2021, alleged that none can get justice from the judicial system in the country without being terrified of the consequences.

Addressing his first public meeting for elections to the Puducherry Assembly likely in April, he alleged, “Today, an Indian person cannot get justice from the judicial system without being terrified of what will be done to him.” While journalists feared for their lives, Bills were passed in the Parliament without any discussion and elected leaders like him were not allowed to speak in the Lok Sabha because, “one man thinks he is not the Prime Minister but he is the king of the country,” he said.

Shri Rahul Gandhi accused Modi of not allowing the Congress government in the union territory to function for nearly the last five years, a reference to the running feud between the Narayanasamy ministry and outgoing Lt. Governor Kiran Bedi over many issues. He alleged that the Prime Minister destroyed the institution of the Lt. Governor and did not value the people’s mandate. “Through the office of the LG, he has repeatedly sent you a message saying that your vote does not matter.”

“PM Modi has taken your dreams, aspirations and worked against them by destroying the institution of the Lt. Governor, just like he destroys all other institutions,” he alleged.

Former Congress President Shri Rahul Gandhi alleged that the Union government led by Prime Minister Narendra Modi wants the entire operations of the sea to be controlled by one or two businessmen, instead of them being controlled by the fishermen community.

During his interaction with the farmers in Muthailpet here, Shri Rahul Gandhi said that the present government is attacking small and medium businessmen because it only wants one or two corporate entities to control every business in this country.

He added that his party’s views are completely different from the present ruling dispensation as the Congress has always believed in strengthening the small and medium-sized enterprises (SMEs) sector.

Congress leader Shri Rahul Gandhi interacted with members of fishermen community here and expressed his wish to travel along with them in their boats to see for himself and understand better their travails.

The Congress MP, who arrived here to launch the party’s campaign for the coming assembly polls in the union territory, said that everything could not be explained through words and for better understanding, experience was needed.

During a visit to a fishermen settlement here, he said that the exercise was aimed at understanding their problems and issues as one could get to know only to an extent by posing questions.

“...there is only so much one can understand by asking questions. Some things cannot be spoken. Some experiences cannot be explained. So I need one favour from you. Next time I come here, I want to go with you in the fishing boat to see what you experience,” he said amid applause.

Such an experience would help him understand the issues faced by Puducherry fishermen, he added.

Congress leader Shri Rahul Gandhi said that the killing of his father Rajiv Gandhi in 1991 brought him tremendous pain but he nursed no anger or hatred towards those responsible for it and he pardoned them.

During an interaction the Congress MP had with students of a state-run women’s college here, a pupil posed,”Your father was killed by the LTTE (Liberation Tigers of Tamil Eelam). What are your feelings about these people?” and he answered by saying that violence cannot take away anything.

“I don’t have anger or hatred towards anybody.Of course, I lost my father and for me it was a very difficult time,” he said, adding, “it was similar to having one’s heart severed.”

To the next question related to his political innings despite losing his father and grandmother, former Prime Minister Indira Gandhi, he said, “Violence cannot take away anything from you... my father is alive in me...my father is talking through me.”

Shri Rahul Gandhi interacted with students of Bharathidasan Government College for Women and asked them not to address him as ‘Sir’ and instead call him ‘Rahul,’ while most addressed him as Rahul ‘Anna’ (elder brother).