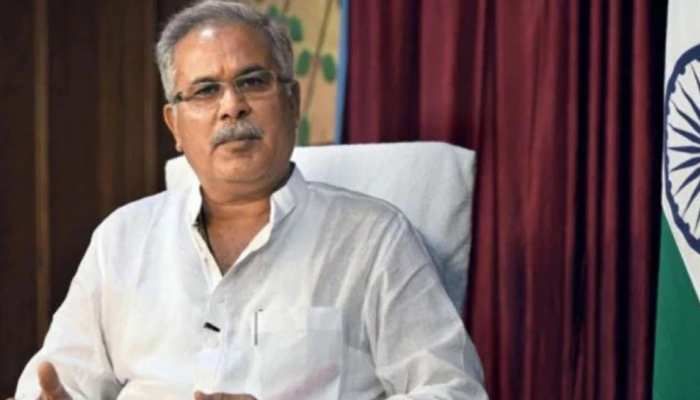 Due to the disastrous policies of the Modi government at the Centre and its corporate bias, the assets of the country are being sold on one hand, reducing the employment opportunities and jobs on the other hand. Amid such a turbulent situation, the employment-oriented policies of the Bhupesh Baghel government of Chhattisgarh have paved a new path for the youth. This is not a government claim, but the latest report of the Center for Monitoring Indian Economy (CMIE), a national level independent agency, which states that Chhattisgarh is the state with the lowest unemployment rate in the entire country. According to the report, 99.4 out of every 100 people in Chhattisgarh are employed.

According to the CMIE report, in Chhattisgarh, the unemployment rate in March 2022 is just 0.6 percent and in February it was at 1.7 percent, while in September 2018, the state’s unemployment rate was at a maximum of 22.3 percent. It is the result of the steps taken by Chief Minister Bhupesh Baghel towards employment generation and strengthening the economic condition of the poor that people have work in the state. Chief Minister Shri Baghel has done this at a time when people’s jobs were being snatched away due to corona pandemic and lockdown. In the year 2021 alone, 3 Crore youth have lost employment and the unemployment level in the country is the highest in 50 years. 60 lakh small industries have been destroyed.

Former National President of Congress, Shri Rahul Gandhi had also emphasized on promotion of schemes like MGNREGA and small industries. Chhattisgarh government also worked in this direction to create jobs and employment opportunities. Recruitment was done for 14,580 posts for the first time after the formation of the state, to give government jobs to the youth. Similarly, the recruitment of permanent professors, sports teachers, librarians etc. in colleges was also done for the first time after the formation of the state. Youth were recruited in about 20 thousand posts in three years, through the Professional Examination Board and the Union Public Service Commission. During the tenure of the previous BJP government, an organization like PSC remained busy answering the court due to allegations of corruption in recruitment.

Due to the new industrial policy of the Bhupesh government, more than 35,754 youth got jobs in the industries itself. Jobs are being given by constituting a special Junior Services Selection Board for tribal areas. According to the information received from the Employees’ Provident Fund Organization Regional Office, the number of new account holders registered in the last three years is 4,80,576, which is in addition to the recruitment of about 29 thousand posts in government departments.

In fact, it is only when the policy of the state government is to increase employment opportunities, that permanent or temporary jobs are available through various mediums on a large scale. To understand how the employment opportunities got increased due to the work being done by the government under the leadership of Chief Minister Bhupesh Baghel, not only cities but also the villages and forests be observed. Narva-Garuva-Ghuruva-Bari, Suraaji Gaon Yojana, Godhan Nyay Yojana, purchase of 65 minor forest produce increased from 7 to 65, farming through forest rights lease has provided work to all classes of people. The number of registered farmers selling paddy has increased from 15 lakh to 24 lakh. About 13 lakh families are involved in tendu patta collection work. Employment is available to 26 lakh people through MGNREGA and to more than 1 lakh people through Godhan Nyay Yojana. In Chhattisgarh, more than 4.5 lakh youth are self-dependent through self-employment.