Rajiv Gandhi: The Advocate of Moral Values and Transparent Politics 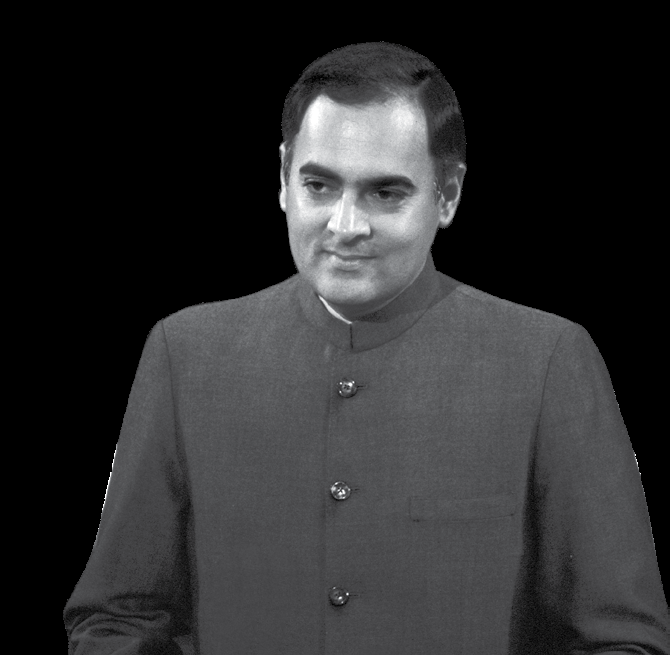 Bharat Ratna Shri Rajiv Gandhi is one of those luminaries whose memory illuminates the world. We remember Shri Rajiv Gandhi on his birthday (August 20) with a hope that his actions and thoughts will guide us till eternity. Playing a historical role in shaping India according to the advanced expectations of the twenty-first century, Rajiv Ji made a special contribution in the process of making India a modern, joyful and prosperous nation.

Shri Rajiv Gandhi chose the path of mutual consent instead of conflict and the path of generosity instead of animosity. National interest was the focal point of his contemplation. The spirit of equality of all religions was ingrained in his mind, words and deeds. There was a wonderful amalgamation of tradition and modernity in Rajiv Ji’s personality. Shri Rajiv Gandhi was such a leader who always welcomed innovative ideas and constructive criticism. The earnestness with which he performed the expected role as MP, Prime Minister, Congress President and Leader of the Opposition in the Lok Sabha was unparalleled. Shri Rajiv Gandhi stood in favor of continuous dialogue in politics. He believed that without dialogue, trust cannot be created and without trust, politics cannot work.

The personality of Shri Rajiv Gandhi was so monumental that it would not be fair to judge him as merely a political figure. In fact, he was a thinker, a theorist and a true democrat. Rajiv Ji was instrumental in catalyzing the Punjab, Assam and Mizoram agreements, which put an end to the years of turmoil, unrest and violent activities in these regions and thousands of separatist-extremists joined the mainstream of society. Taking resolutions in the national interest and implementing them promptly was a major part of his strategy. Eagerness in achieving goals and decency in behavior were his main qualities, which made him stand out. Rajiv Ji was as much willing to make better coordination with the neighboring countries as he was eager to solve the internal problems of the country. He made meaningful efforts to improve relations with China, Pakistan, Nepal, Bangladesh and Sri Lanka.

Shri Rajiv Gandhi considered farmers (and agriculture) to be the backbone of our country; without whose progress, the country couldn’t progress. Rajiv Ji made a provision for more capital investment in agriculture during his Prime Ministership and emphasized on better use of water resources to increase productivity in agriculture. Rajiv Ji reviewed the Green Revolution and found that the production of wheat has increased significantly due to the Green Revolution, but there was a need for improvement in the field of oilseeds and pulses. He created the Oilseeds Technology Mission to increase the production of oilseeds. As for pulses, he launched the National Project for boosting the production of Pulses. The foundation stone of the ‘Digital India’, that is being talked about in the whole world today, had been laid by Shri Rajiv Gandhi. He sounded the bugle in the field of Communication Revolution. He became the ‘Father of the Computer Revolution’ in the country. Shri Rajiv Gandhi wanted to see India standing at the pinnacle in the field of technology. The thought of achieving such great levels of holistic development (country wise) flashed constantly in Rajiv Ji’s mind that the benefit and taste of freedom could trickle down to even persons living in thatched kutcha houses in remote villages of India. He wanted to take a Gilded India into the huts of the poor where the words of wisdom and prosperity were writ large and where a glimpse of ‘SarveBhavantuSukhinaah, SarveSantuNiramayah’ could be seen.

Shri Rajiv Gandhi made the Non-Aligned Movement effective and used multilateral diplomacy to widen the scope of consensus among the major powers of the world. At the initiative of Rajiv Ji, ‘Earth Protection Fund’ was established under the auspices of the United Nations. Considering the whole world as one family according to the concept of ‘VasudhaivaKutumbakam’, Rajiv Ji showed his commitment towards establishing a disarmed and war-free world. Rajiv Ji sent a Peace-Army to Sri Lanka and ended the ethnic conflict there. He protected Maldives from pirates by sending Indian army there. In the Commonwealth Conference, he proposed and got approved the establishment of the ‘Africa Fund’ to boost the morale of the countries that were the victims of the repressive policies of the apartheid government of South Africa and were fighting for their existence.

Shri Rajiv Gandhi was concerned about the problem of environment, pollution and its fatal impact on human civilization. He took concrete steps for the protection of forests and environment. Rajiv Ji believed that there must be a balance between the concept of environmental protection and development. He started the campaign of cleaning the river Ganga by establishing the Central Ganga Development Authority. Rajiv ji gave priority to the exploitation of unconventional energy sources and encouraged the use of biogas.

Rajiv Ji took the initiative to curb the menace of ‘Aaya Ram, Gaya Ram’ rampant in politics, by bringing Anti-Defection law, and gave special importance to purity in politics. Rajiv Ji never practised the politics of revenge or hatred. Rajiv Ji had complete faith in the abilities and wisdom of the youth. He ensured their participation in democracy by giving the youth the right to vote at the age of 18.

To preserve the memory of Shri Rajiv Gandhi Ji will be an honor to his vision of Reconstruction of New India. While remembering Rajiv Ji, we will have to remember his ‘Bharat Sankalp’ (‘Pledge for India’). His inspirational call was - “Let us build an India which is proud of its independence, which is fully capable of defending its independence. India that is strong, self-reliant in agriculture and modern industry, that rises above the narrow sentiments of caste, religion and region and is inspired by the formula of unity. Which is free from poverty and social inequalities. A great India which is fully disciplined and adroit. India that is distinguished by ideological, religious and spiritual values.” Maintaining the memory of Shri Rajiv Gandhi will not only be a ritual but also an honor to the vision he had for a new, capable and prosperous India.

(The author has been the Minister of State for Defense Production, Personnel and Parliamentary Affairs in the Government of India)