Those who spoke on Nehru Ji 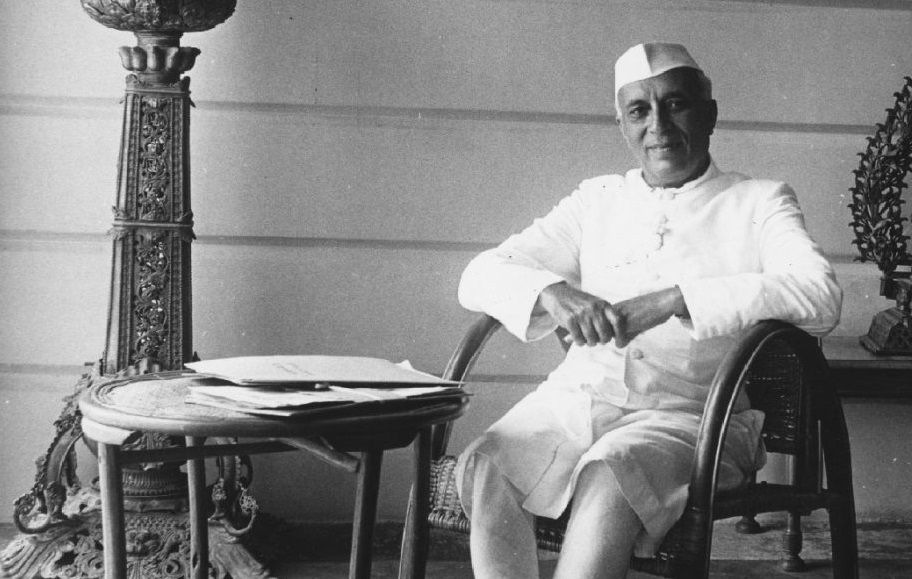 Tributes by the then stalwarts

“....He had a love of liberty not merely for his own people but for all people of the world. He therefore expressed sympathy and support for all liberation movements in Africa, Asia and South America. He believed in the liberty of all without distinction of class, creed or country. Nehru was a great believer in world peace and the concept of one world community. No one has shown greater faith and allegiance to the Charter of the UN than Nehru. ...”

“...One of the great educators of our time, Shri Nehru made the common people aware of their rights and duties and provided them with the means for making the state policy serve the general interest. Years before India became independent, he committed the country to planned economic growth. His discernment, his foresight, his grasp of essentials, and his astonishing intellectual capacity raised him to heights from which he might have possibly looked down with impatience at small, inhibited, narrow minds, but he schooled himself assiduously in the observance of democratic procedures, in exercise of patience and restraint....”.

“Jawaharlal, the revolutionary, the statesman, the visionary and the incomparable writer… how many facets there are to his greatness! India may feel orphaned today. The stars grow dim in our sight and our hearts are weighed down with sorrow. But we have to take courage from the bright and dauntless spirit that was his... The torch left behind has to be kept burning and the India of his dream built up”.

“Eleven years younger than me, eleven times more important to the nation, eleven hundred times more beloved of the nation”... a beloved friend is gone, the most civilized person among us all. Not many among us are civilized yet. God save our people.”

“...The captain of the ship is no more. The leader has left his people desolate and forlorn. It is time for courage, discipline and standing together if we are to be true to the leader and if nation’s ship is to be steered safely in the stormy seas”.

Khan Abdul Ghaffar Khan “...A noble freedom fighter who put into practice Gandhi’s ideals of love and peace on earth.”

Vinoba Bhave “...He had no hatred, prejudice or enmity against anyone. He placed before the country the ideal of purna swaraj (total independence). He wanted India and Indians to be completely independent and did not want the sovereignty of India to be hampered in any way. He put before the citizens of India the ideal of absolute freedom which is the message of the Gita also....”

Jagjivan Ram “...When we remember Nehru, we have the image of a great humanist whose vision always soared high, whose outlook always embraced suffering humanity all over the world and who always strove hard, until he completely broke down, for the emancipation of humanity from the bondage of slavery, poverty and starvation. His dream was to bring a gleam of joy into the sad eyes of suffering humanity”.

K. Kamaraj “...I was greatly attracted by his genuine sympathy and understanding of the masses and his missionary zeal for the upliftment of poor. He was deeply moved by the misery of the people and he dedicated his life to the eradication of scourge that had spread over the centuries. He wanted the humblest in the country to live in comfort and dignity and hated snobbish distinctions based on birth and possessions. It was those qualities that evoked a sympathetic echo in my heart and drew me closer to him politically and personally.”

Homi Bhabha “... Although not a practicing scientist, Jawaharlal Nehru’s personality revealed throughout the essential attributes of the real man of science- ‘His unquenched thirst for truth, his questing mind that admitted no man-made barriers, his essential humility, his constant willingness to learn and to teach’ “.

Atal Bihari Vajpayee. “...Humanity is sad today — it has lost its devotee. Peace is restless today — its protector is no more. The down-trodden have lost their refuge. The common man has lost the light in his eyes. The curtain has come down. The leading actor on the stage of the world displayed his final role and taken the bow.”

Earl Mountbatten “... He was one of the greatest figures in history. The world is the poorer for his passing. He was a most magnanimous man who never showed the slightest personal resentment at being kept for many years in prison by the British. He was a great fighter for Indian freedom, and when his life’s work was crowned with success, he was a big enough man to grab the hand of friendship held out to him by the Britain...”

President Lyndon Johnson “...I shall always treasure my all too brief association with Prime MinisterNehru. His comfort at the time of the assassination of President Kennedy was a great source of strength to me. That we should lose this great man so soon after our own loss grieves us more deeply than we can expect. His leadership and wisdom were indispensable at its most critical years and his devotion to the great Indian adventure of freedom was unwavering”.

Nikita Khrushchev “He was a passionate fighter for peace in the whole world and an ardent champion of the realization of the principles of peaceful coexistence of states; he was the inspirer of the policy of Non-Alignment promoted by the Indian Government. This reasonable policy won India respect and due to it, India is now occupying a worthy place in the international arena.”

President Nasser. “Prime Minister Nehru’s death is a great loss for India. His life was a torch which illuminated Asia and the World. Mr. Nehru was the beacon light not only for the people of India but the whole humanity”.

U Thant, the UN Secretary General. Few men of this age have left their mark on the history of their country as he has. Responsible as he was for the policies of one of the largest countries in the world, he had affected the course of world events. India should know that in her hour of grief her sorrows is shared by all of us in the United Nations,”

Bertrand Russell “If we try to imagine what that means- a period of the greater part of the independent life of India-we can better understand the magnitude of his contribution to mankind. The nonalignment he formulated prevented war on more than one occasion. His disparate people are one nation. I hope those who damned him while he lived will not try to embrace him in the name of things heloathed.”

President Tito of Yugoslavia “The news of the sudden death of great leader of Indian people, Mr. Jawaharlal Nehru has deeply distressed all over. In his death, the Indian people suffered a great loss because he leaves the scene internal and international development right at a time when his contribution was of great significance”.

Dwight D. Eisenhower ...”The world will, I know, greet the news of Prime Minister Nehru’s death with deep sadness and regret. Often, he has disagreed with leaders and governments of the free world but none of them has ever doubted Mr. Nehru’s sincere devotion to universal peace or his dedication to the welfare of India’s vast population”.

President Charles De Gaulle “It was with great emotion that I learned the death of Pandit Jawaharlal Nehru, a statesman whose eminent qualities placed at the service of democratic social progress and peace profoundly marked the destiny of India and consequently that of the World”.