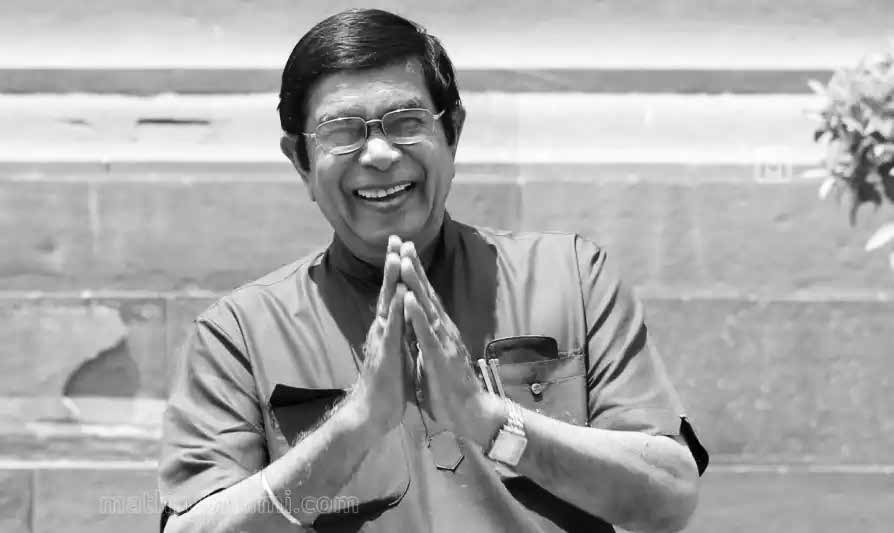 He was 80 and is survived by his wife and two children.

In a condolence message by the Congress President Smt. Sonia Gandhi, she said, “A Congressman to the core, a veteran Parliamentarian, a sensitive Minister who championed the cause of labour & underprivileged, a dedicated organisation builder at all levels and an individual firmly anchored in the grassroots-- Shri Oscar Fernandes was all of this and much more.

His humility, affability, simplicity, and integrity will remain an inspiration to all in public life. His demise is a huge loss for each and every Congress worker and indeed for the entire country. I salute this remarkable colleague who enriched our lives and made so many contributions. My heartfelt condolences to his family”.

In a condolence letter by former Prime Minister Dr. Manmohan Singh to Smt. Blossom Fernandes, wife of late Shri Oscar Fernandes, he said, “I was deeply shocked and saddened to learn about the sudden and untimely demise of our beloved Shri Oscar Fernandes today. With his hard work, pleasant nature and popularity, he became one of the tallest leaders of the Congress Party from Karnataka who helped the Congress Party in making many important decisions. His popularity among the common people of Karnataka is evident from the fact that Oscar Ji was elected five times to the Lok Sabha and two times to the Rajya Sabha. He was a gifted leader and an efficient administrator who served as a Minister in the Central Government in the UPA Government. His services to the country, especially, to the state of Karnataka, will always be remembered by the people of our country.”

Congress leader Shri Rahul Gandhi, while offering his condolences to the family, said in a tweet, “It is a personal loss for me. He was a guide and mentor to many of us in the Congress party. He will be missed and fondly remembered for his contributions.”

Shri Oscar Fernandes was hospitalised in July after suffering a fall at his house while doing his regular exercise. As he was found to have an internal injury, a surgery was carried out by doctors. Shri Oscar Fernandes had always remained a disciplined party man throughout his political life.

He had served as a Union Minister for Labour and Employment from 2006 to 2009 and had held different portfolios, including NRI affairs, Statistics and Programme Implementation in the UPA-II government led by Dr. Manmohan Singh. Shri Fernandes was also the Chairman of the Central Election Authority of the All-India Congress Committee (AICC) and AICC General Secretary in 1996. He was President of the Karnataka Pradesh Congress Committee (KPCC) in the late 1980’s. He also served as Parliament Secretary to Late Shri Rajiv Gandhi.

He was born on March 27, 1941. He had his education at St Cecily’s Convent School, Board High School and in MGM College, Udupi. He had begun his political career by getting elected to Udupi municipality in 1972.