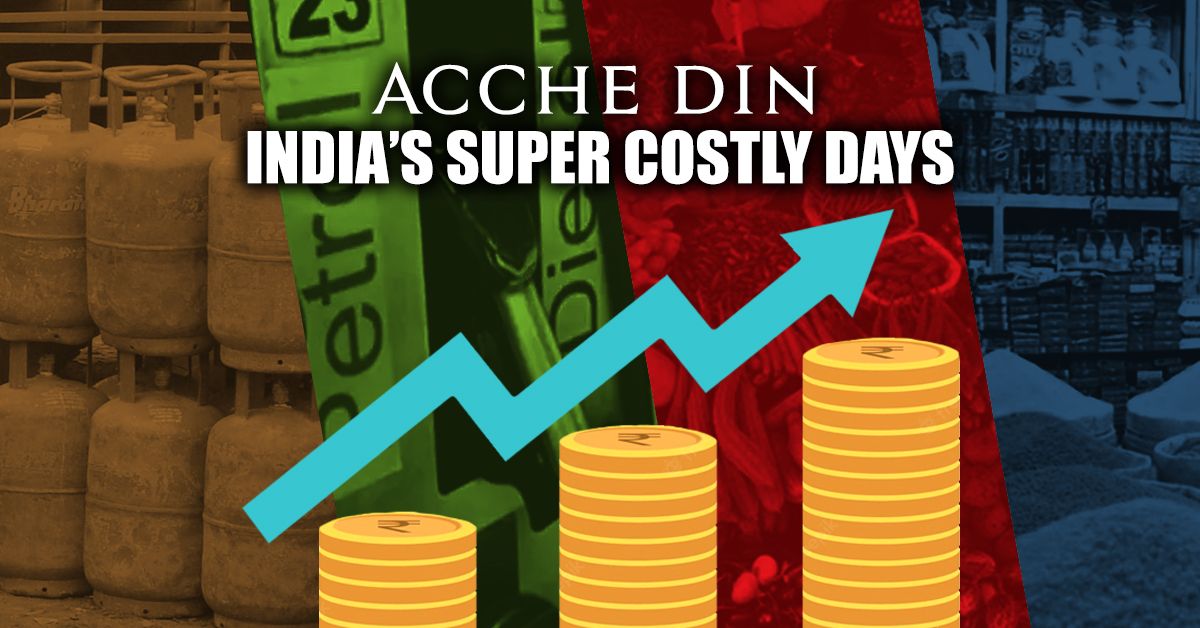 The constant rise in the prices of fuel, the market inflation, and the central government’s sloppy attitude has resulted in an increase in the cost of living for the whole country. The recent data released by the National Statistical Office (NSO) suggested worrying patterns in the nation’s rates of Inflation and price hike. The retail inflation rate in India—measured by the Consumer Price Index (CPI)—had come in at 6.07 per cent in February 2022, and has once again jumped to 6.95 per cent in March; mainly on account of costlier food items. At a 17 month-high, it is for the third straight month that the retail inflation has remained above the Reserve Bank of India’s comfort zone, i.e. between 2 per cent to 6 per cent. In 2022, urban inflation in February moderated to 5.75 per cent, while the rural sector witnessed month-on-month combined retail inflation of 0.24 per cent—with rural & urban inflation hitting 0.18 per cent & 0.30 per cent each 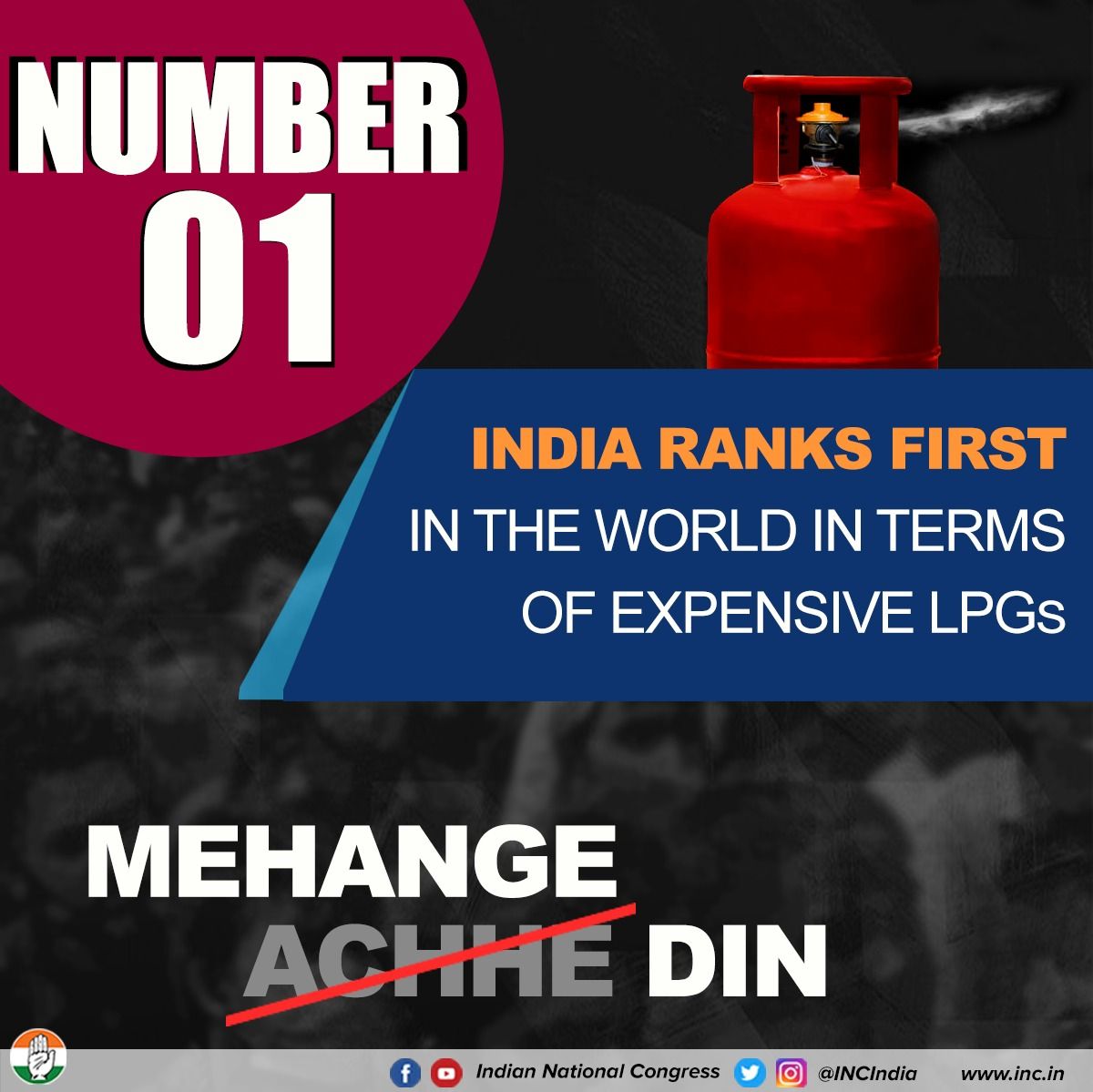 PSU oil companies had not raised retail prices of petrol and diesel since November 4, 2021, despite a surge in global oil and fuel prices. This was obviously done in view of the crucial state assembly elections in an attempt to fool the public into thinking that the ruling party is sensitive to the woes of the people. The prices were supposed to align with cost after the counting of votes on March 10. It was halted because of the reopening of the Budget Session in March. Subsequently, the fuel prices were increased by 80 paise on March 22. Post that, in a matter of 16 days, the petrol and diesel prices saw a hike 14 times bringing a total increase of Rs 10 each. 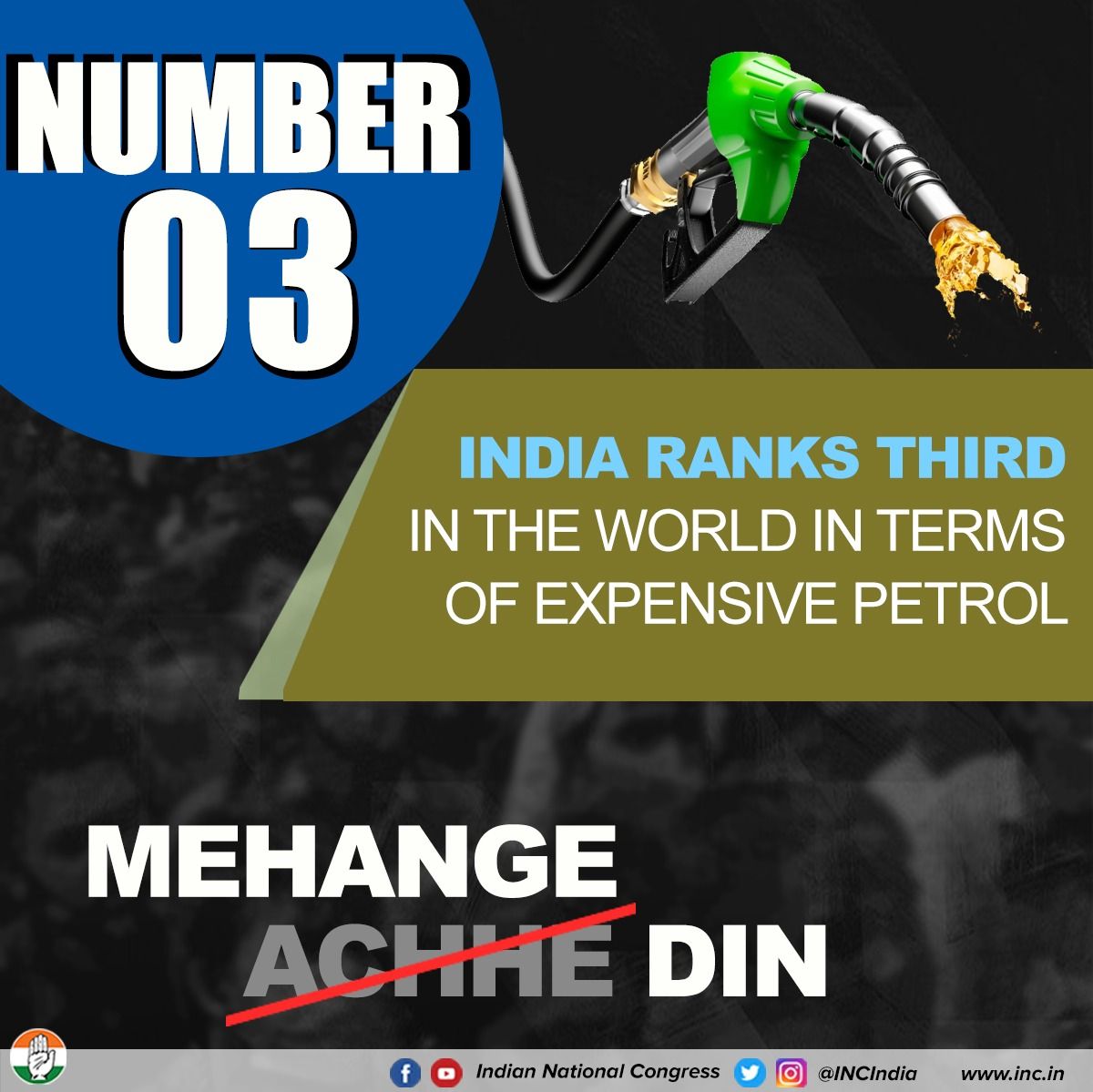 The repercussions of these hikes were bound to be witnessed in the form of an increase in the prices of public transport and transport vehicles. It has also affected the railways and other modes of transportation—all big consumers of diesel—making the transportation of goods expensive. This has started a vicious cycle of price rise of raw materials and essential commodities and hence, lower demand that could push the economy into an adverse state of affairs, if necessary steps are not taken in time. 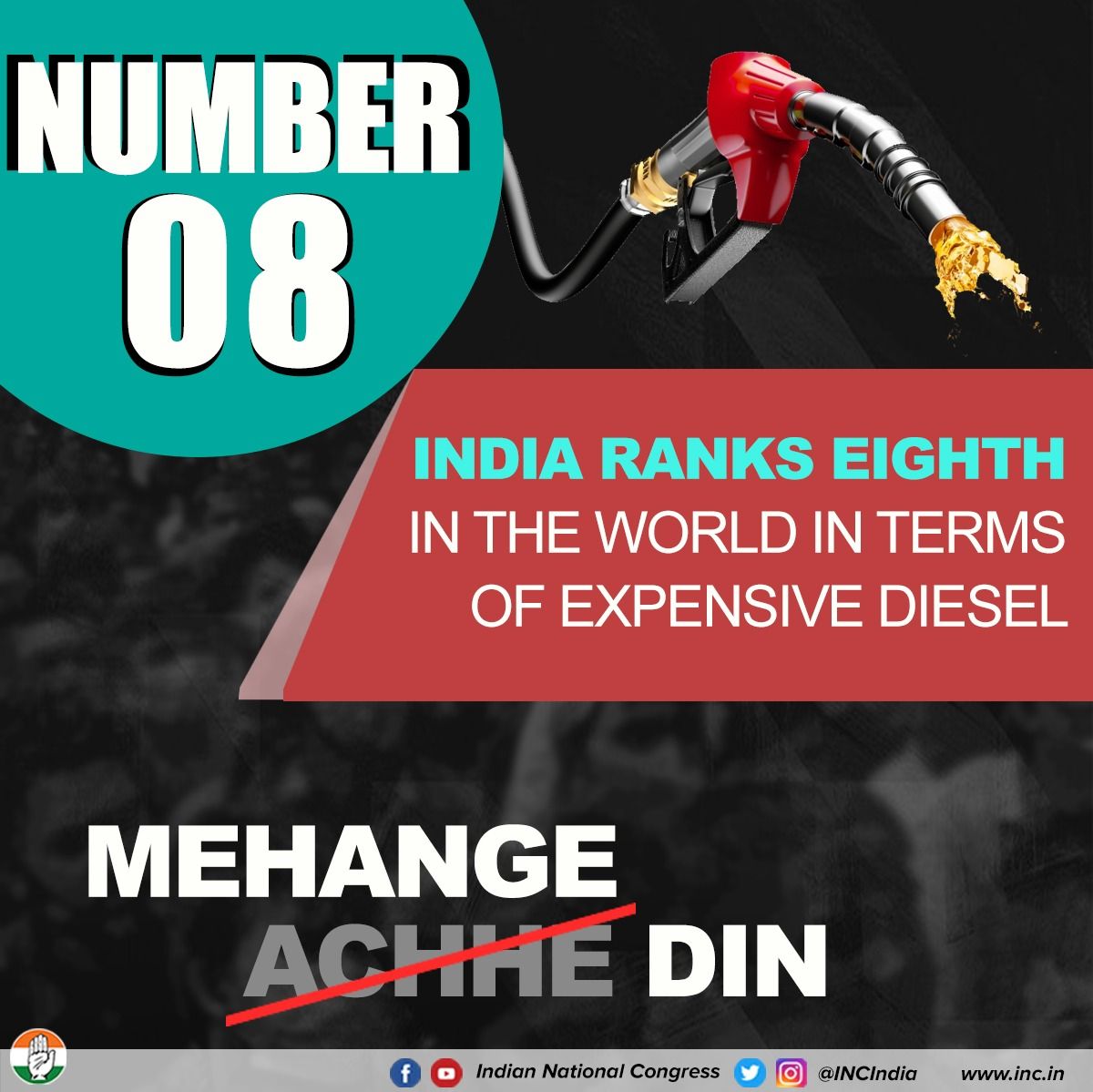 This sudden attack on the economy of the country has dented the disposable incomes of millions of Indians and put consumers into distress. India at this point is going through Asia’s third-fastest inflation and uneven recovery. The rising input costs are making the Indian manufacturers unable to avoid losses or get any profit without increasing the price of products. From consumer goods to automobile manufacturers, the companies are raising prices in response to the global supply squeeze made worse by the surge in energy costs following the Russia-Ukraine crisis. Due to increasing pressures on the margin gap, companies are opting for calibrated price increases.

Besides backbreaking prices, India is also suffering from high unemployment rates. The unavailability of jobs, decreasing disposable incomes, and increasing prices—these altogether are resulting in increased cost of living. Hence, the deteriorating standard of living for Indians. For a nation reeling under widespread poverty, hunger, and unemployment, such a situation implies a grave threat to the country. It could affect the health, education, and the very functioning of Indian society, especially for those who are already deprived of the basic necessities of life. 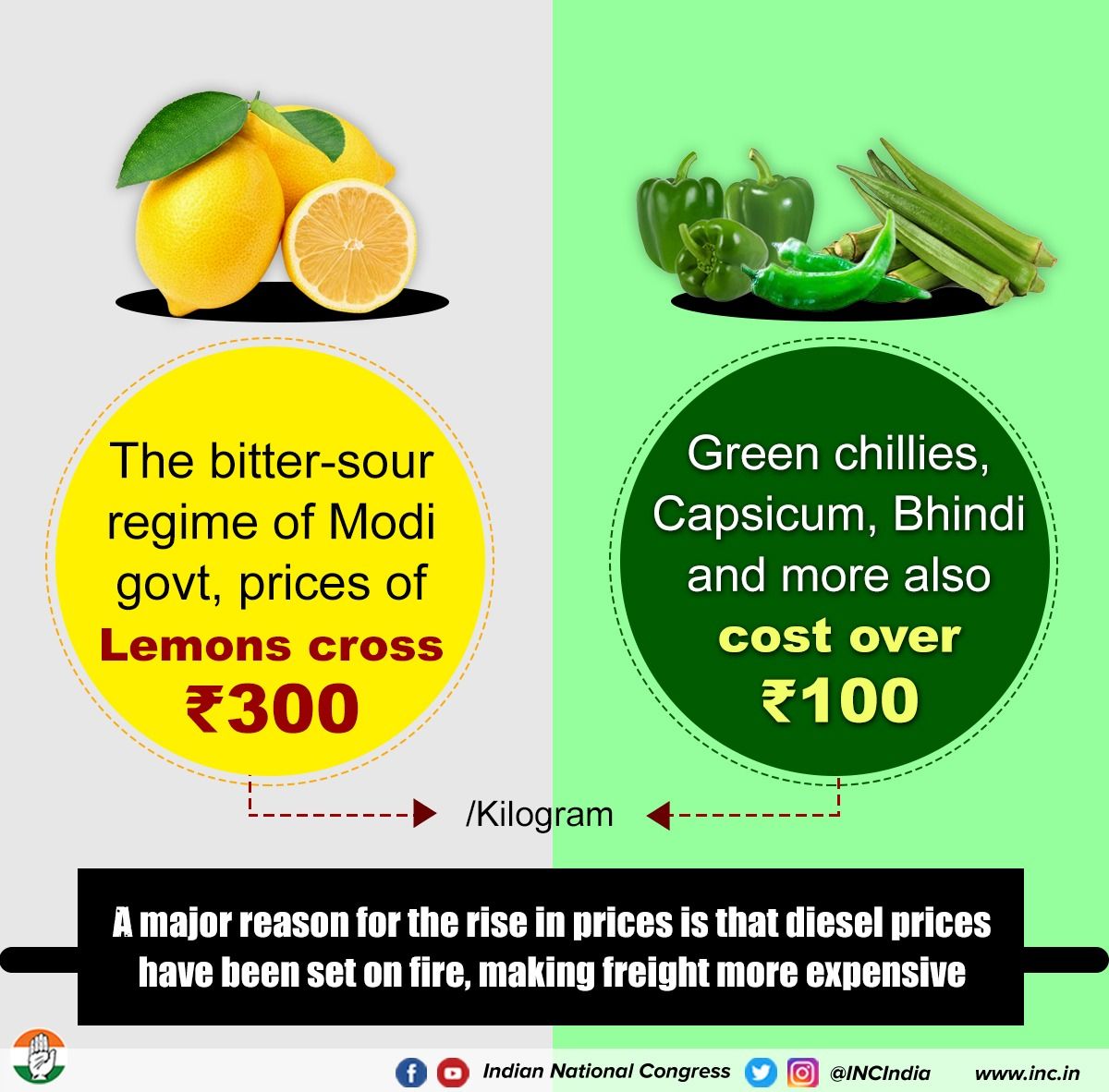 The government, which was obligated to take necessary steps to tackle the economic situation, instead chose to stay mum to seek benefits during the recent assembly polls. It must be well noted that this is not the first time that the Modi government has put the country in such a threatening situation. Over the last 8 years, it has been the usual business for BJP to keep the prices on hold before the polls and hike them at devastating rates once the results are out. The BJP has always prioritised its selfishness before its duty toward the people of India. Its lust for power is blind to the nation’s suffering and it won't be long before the economy falls into an abysmal turmoil, from which emerging out won't be easy.