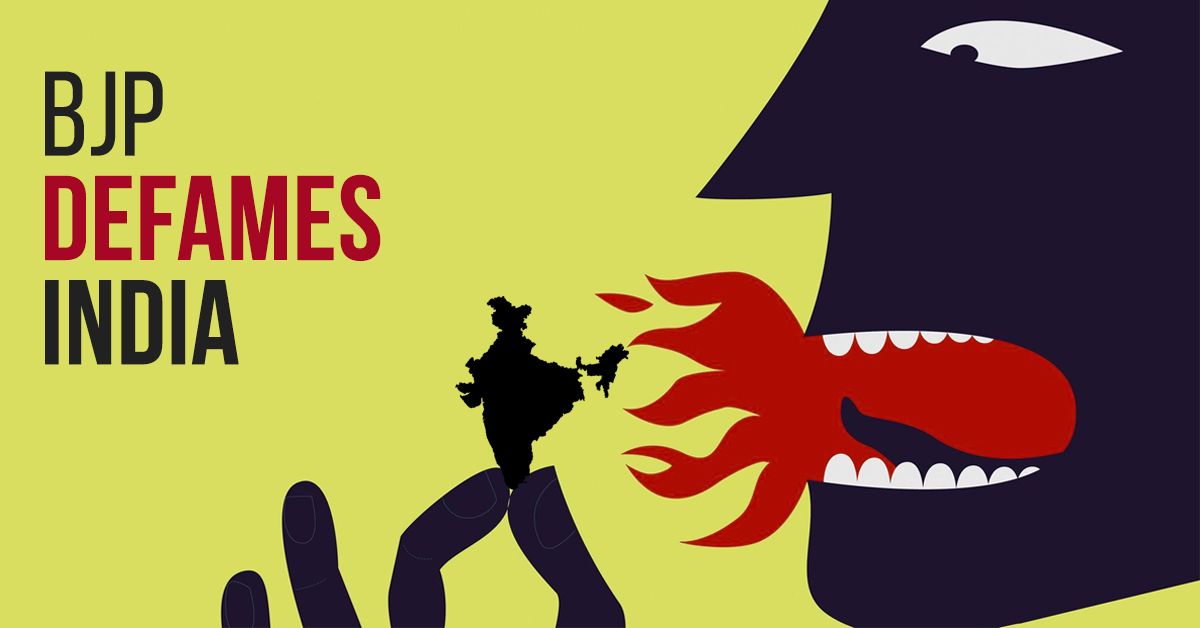 India's growing politics of hate took a new turn when two of BJP’s spokespersons made illicit and unacceptable remarks on Prophet Muhammad and his wife Aisha. India- the land of Gandhi and Buddha, both of whom taught the world the lesson of harmony, peace, and togetherness - is now being called out on the global platform because of the remarks made by the spokespersons of the extremist ruling party, and the whole country is being asked to apologise on their behalf.

Following the remarks, both the spokesperson - Nupur Sharma and Naveen Kumar Jindal - were suspended and expelled respectively from the BJP as damage control, but only after it received strong reactions from the Grand Mufti of Oman, Sheikh Ahmed bin Hamad Al Khalili, followed by a Twitter storm in Arab nations. On Sunday, the Grand Mufti in a ferocious social media post from his verified handle condemned the remarks and also called for a boycott of Indian products while several Twitter users urged the Government to take over all Indian investments and lay off its citizens.

The remarks by BJP’s spokespersons drew international condemnation on the same day, with Qatar's foreign ministry summoning Indian Ambassador Deepak Mittal and handing over an official note on what the Gulf country called "total rejection and condemnation" of the controversial remarks of a BJP leader against Prophet Muhammad. Such reactions from Arab countries are not just a threat to India’s international relations but to the economy too. As in 2021-22, India recorded a total trade of about $189 billion with seven Gulf countries—Saudi Arabia, United Arab Emirates (UAE), Oman, Qatar, Bahrain, Kuwait and Iraq—accounting for 18.3% of its combined value of imports and exports. Given the current economic challenges, India cannot afford to offend its major trade partners at this juncture.

In reply to Qatar and Kuwait, the Indian ambassador noted that "The ambassador conveyed that the tweets do not, in any manner, reflect the views of the Government of India. These are the views of fringe elements". However, the phrase “fringe elements” is not there in the statement issued by the Indian embassy in Iraq. The Arab countries are not the only ones giving force to this storm against India, in the days following, they have been joined by Malaysia, Indonesia, Maldives, Turkey, and other Muslim countries over the world- all with huge numbers of Indians residing and working there.

Malaysia’s Foreign Ministry on Tuesday issued a statement condemning the act and said it summoned India’s High Commissioner on Tuesday to convey Malaysia’s total rejection of this incident.

In Turkey, the ruling Justice and Development Party spokesperson described the statements against the Prophet as an “insult” to all Muslims of the world.

Congress general secretary and chief spokesperson Randeep Surjewala also accused the BJP of pushing India into a dark age of religious polarisation to "subserve its parochial political agenda in the short term".

The BJP might try to fool us by taking on-surface actions against its spokespersons and issuing statements aimed at easing the concerns of minorities, BJP’s attitude towards the minorities in the country and the fact that the BJP has shamed the country is out there for all to see. For our country to be called out on the world stage in such a manner, all because the members of the ruling party are so drowned in their arrogance and ego, is a true insult to all Indians. For someone committing such treason against the country, they must be arrested and brought before the law. This is what the Congress party demands and this is what is necessary to uphold the dignity and pride of the country as the BJP’s hate rhetoric cannot be allowed to damage the country’s global interests.