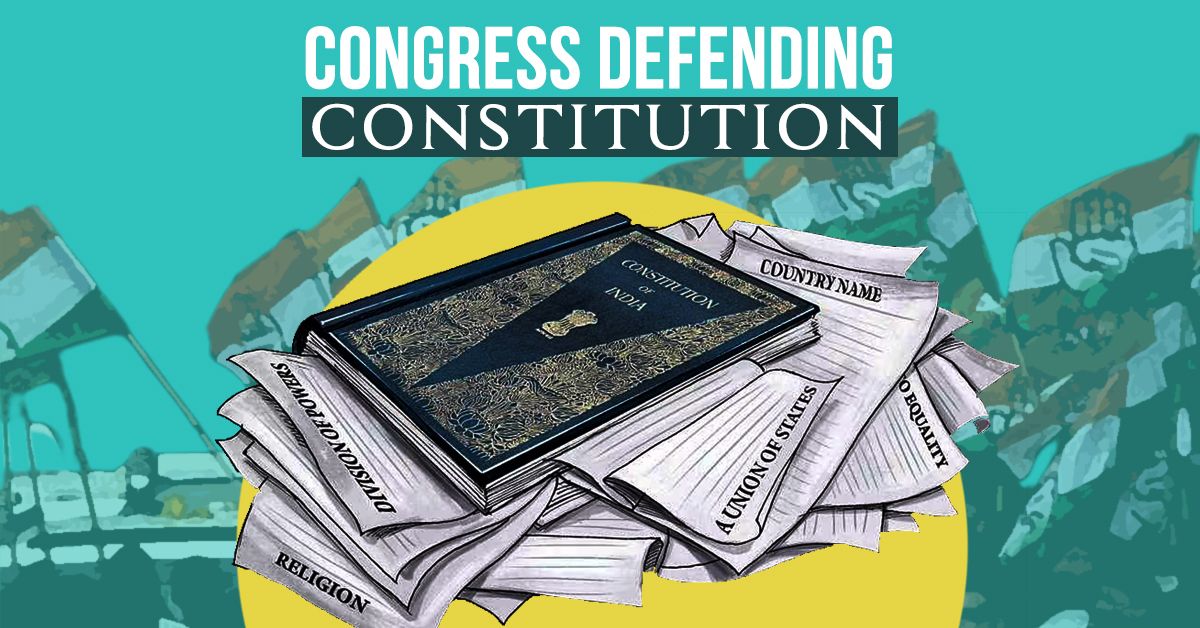 Babasaheb Bhimrao Ambedkar—the maker of our Constitution—had envisioned an India free from all the social evils and injustices. The Constitution was an earnest endeavour to protect Dalit minorities from prejudice and ostracism. It was primarily his vision that constituted India into a sovereign and democratic republic, where everyone is equal before the law; where everyone has access to justice; where the power is held by the citizens; and where people are free–socially, politically and economically.

Congress has always stood for and upheld our Constitution. Here are a few instances from our history.

Soon after our independence, when the world was divided between two power blocs (during the cold war), it was Pandit Nehru who decided to follow the policy of non-alignment to ensure that no external force could threaten India’s sovereignty again. 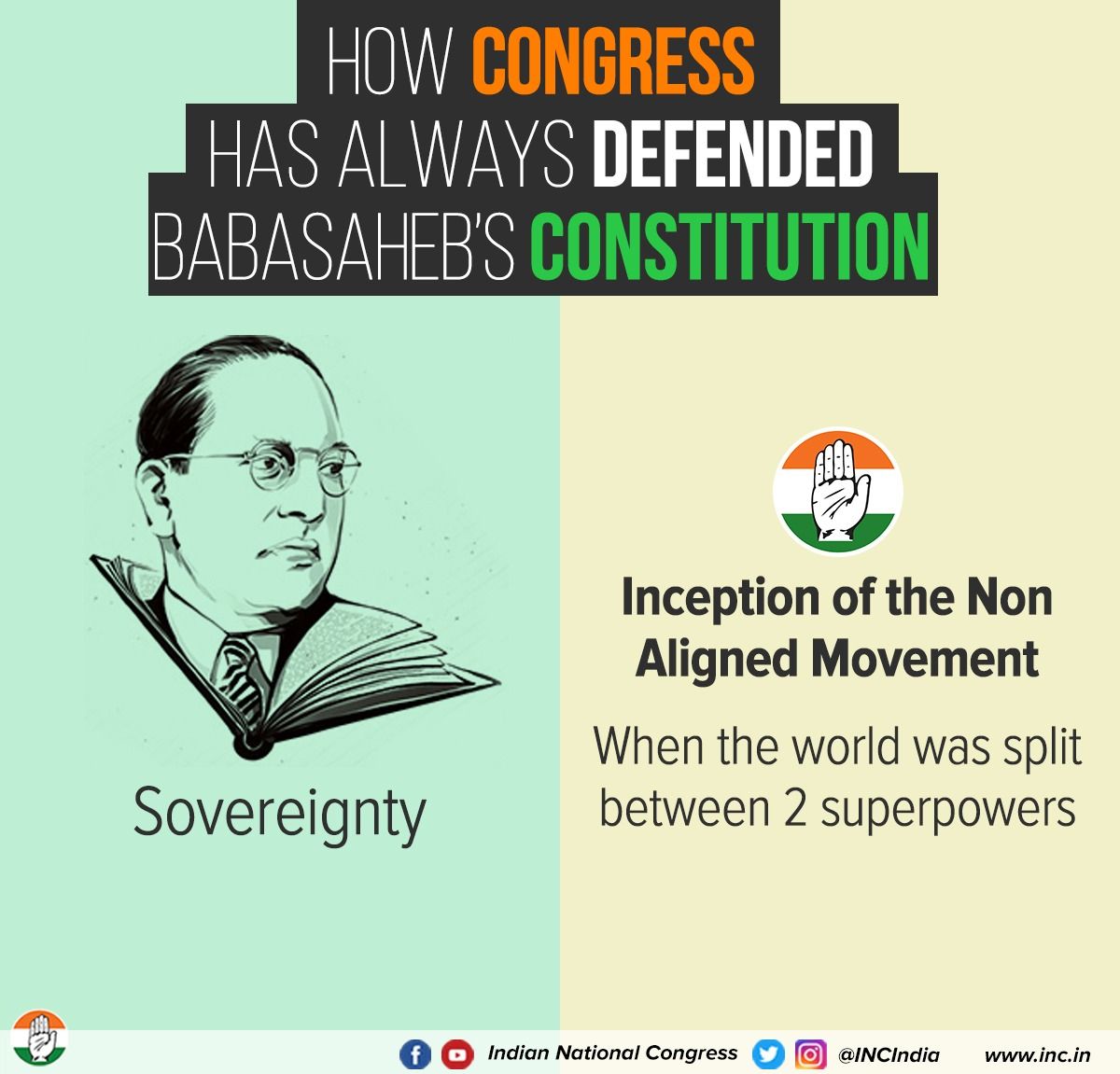 The social welfare of our people has always been the Congress party’s priority. With the introduction of schemes and policies such as MGNREGA, NYAY, National Rural Health Mission, and National Food Security Act, Congress has always ensured the nation and its people their most basic rights—those a welfare state must provide. 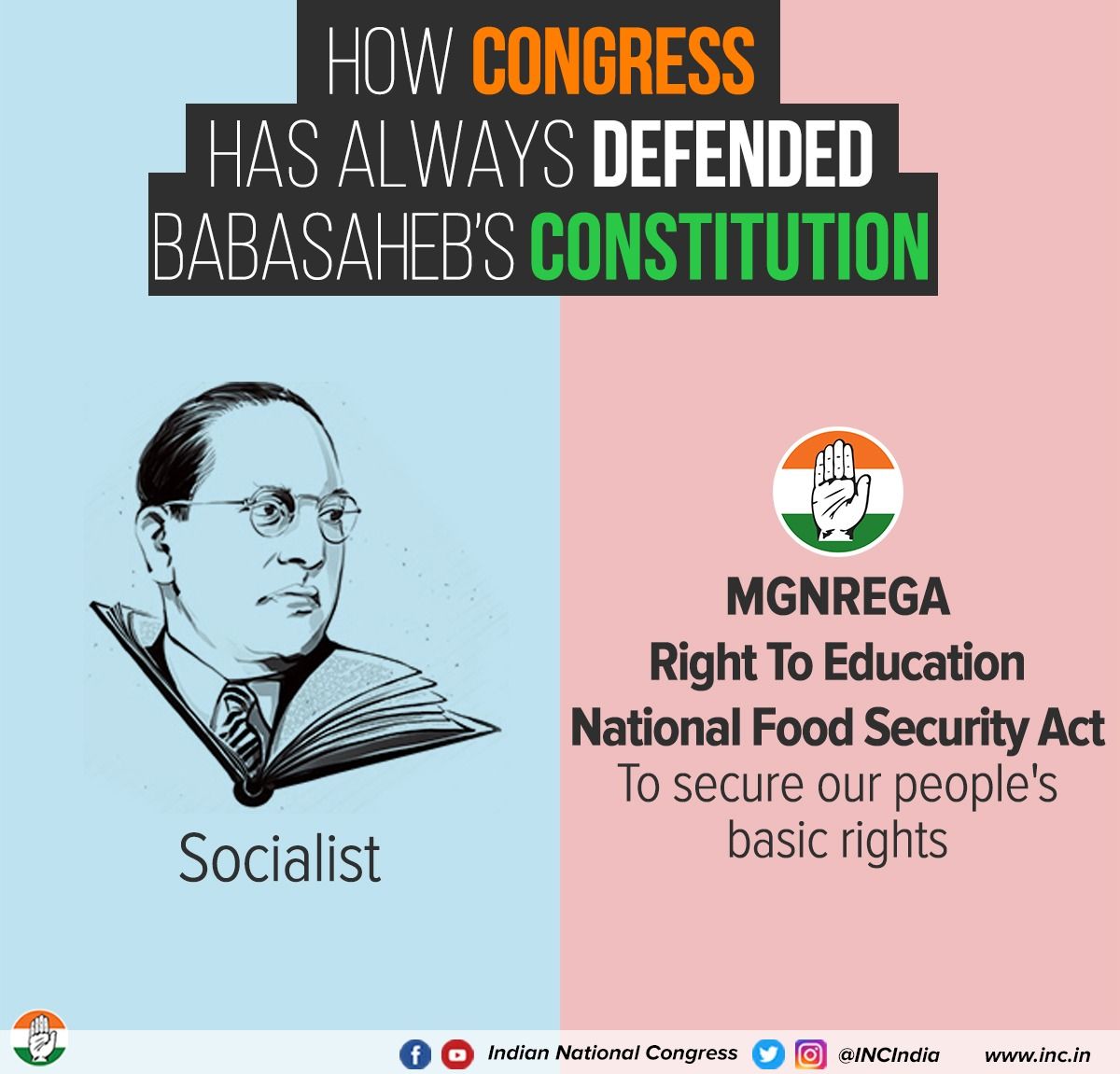 Congress played a huge role in making India the largest democracy in the world. It reduced the voting age to 18 to ensure greater and wider representation. To ensure that democracy reaches the grassroots, It brought the Panchayati Raj system, making way for local-self government in villages, towns and districts. Both these decisions strengthened the meaning of democracy in India. 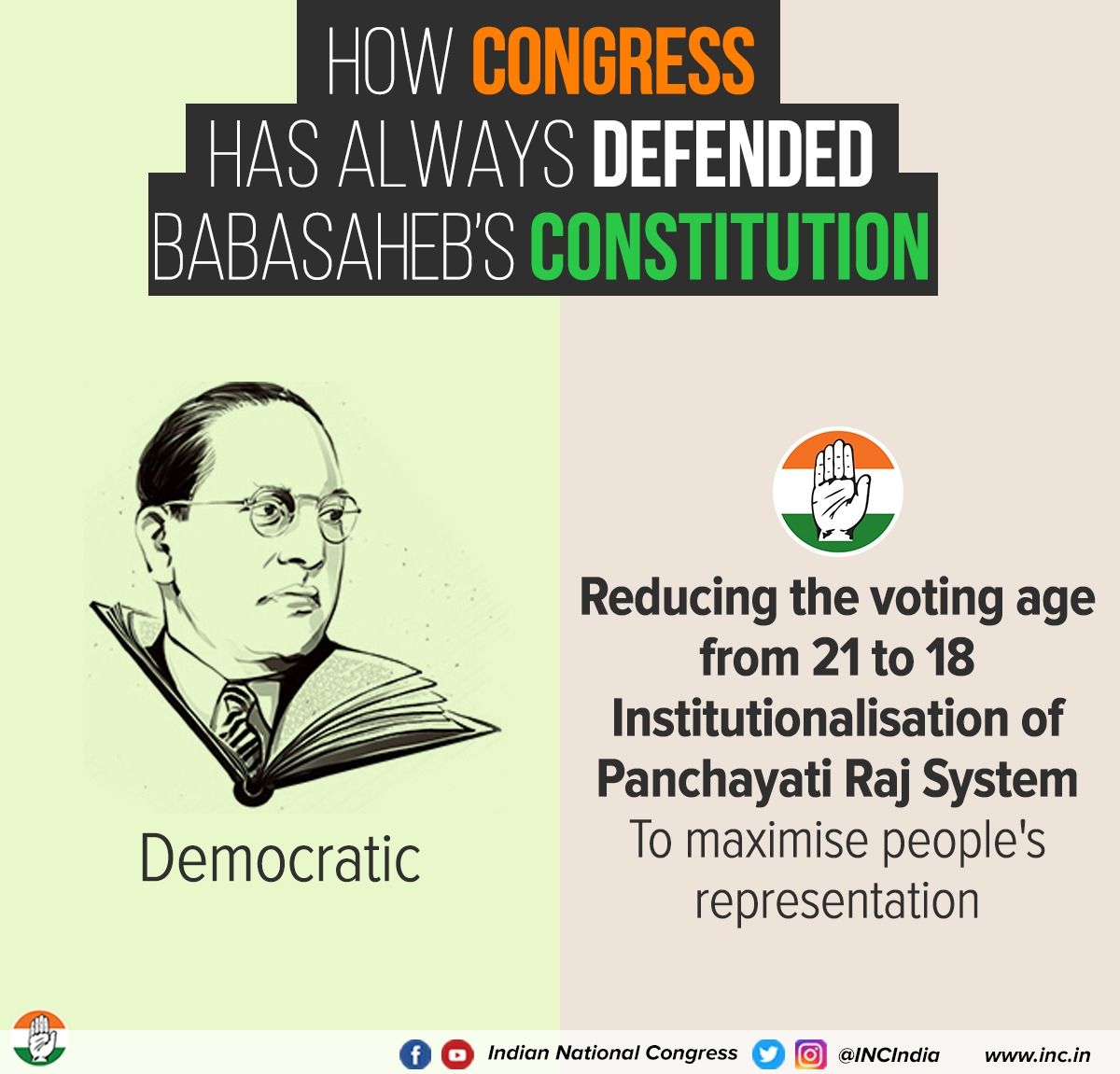 Even as an Opposition party, Congress never ceased its fight for justice in the country. When there were atrocities against tribals in Sonbhadra; the custodial death of a Dalit in Agra; when our farmers were crushed in Lakhimpur; or when a daughter of the nation was raped and forcibly cremated at midnight in Hathras, the Congress party stood for all. Our leaders Rahul Gandhi Ji and Priyanka Gandhi Vadra Ji braved the brute force of the administration to raise their voices for justice, shared their pain and ensured complete support to the affected families. 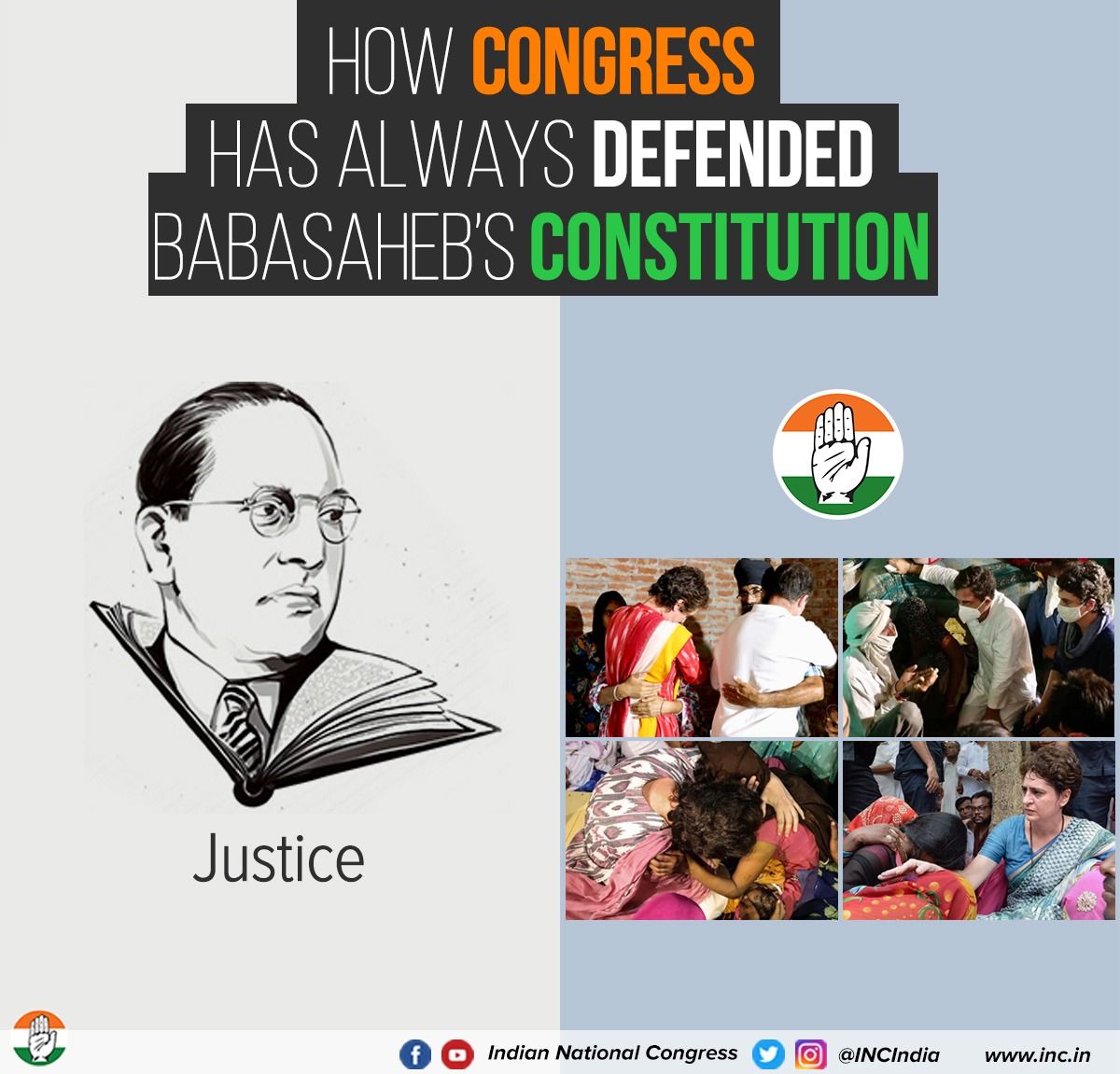 The Congress party has always ensured that all Indians are treated equally. It introduced various schemes, programmes and legislation to ensure no one is left behind. Be it the Integrated Rural Development Programme, Right to Education Act or the SC/ST Act, Congress has always strived to eradicate social prejudice and discrimination. Going forward in its fight for equality, the Congress party introduced reservations for women in the Panchayati Raj System and in 2022 UP Vidhansabha elections to promote equal representation of women, Congress reserved 50% of the seat tickets for women. 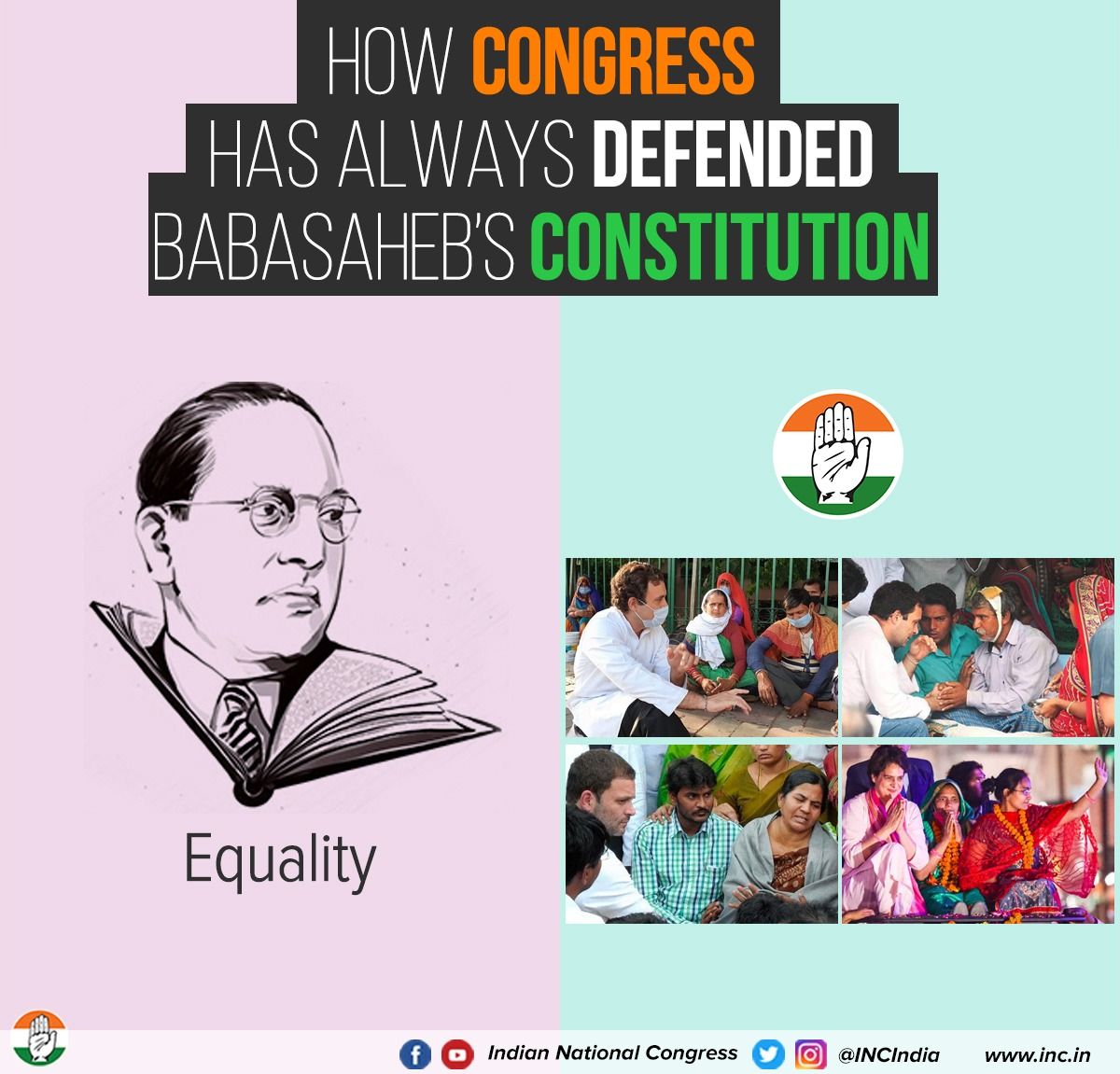