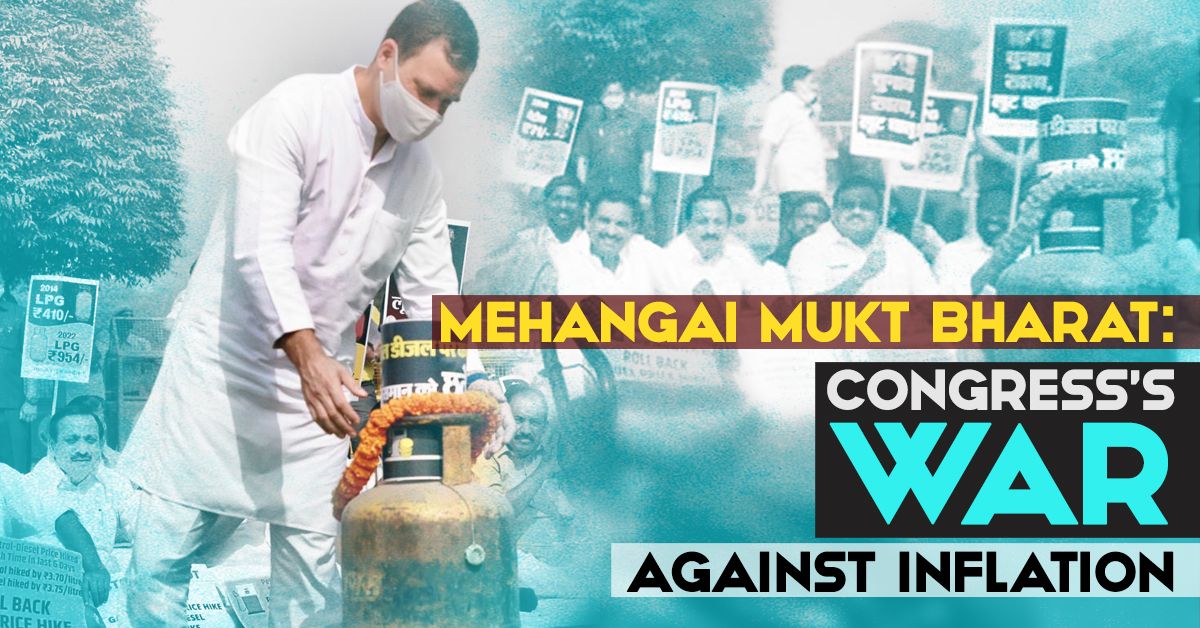 It is one thing to give election slogans and promise people a good life but looting the people by giving them false hopes and having the audacity to continue doing it after failing billions of people is not just horrific but sinful.

When BJP came to power in 2014 by using all those catchy slogans and targeting the UPA govt for high prices and inflation, little did the nation know that in 8 years, it will bring the whole nation to its knees and deprive the common people of even the basic necessities.

Since 2014, rising prices and unemployment have been pain points for the economy. High inflation, unemployment and inept policy-making are altogether causing a ripple effect pushing the country deep into a vicious cycle of widespread poverty and deteriorating incomes and standard of living.

One of the serious concerns is rising fuel prices. Since 22 March 2022, the retail prices of petrol and diesel have seen a steep rise of Rs 6.40 each per litre. Whereas, the LPG cylinder, which still is a lifeline for millions of Indian families, costs Rs 949.50 now. 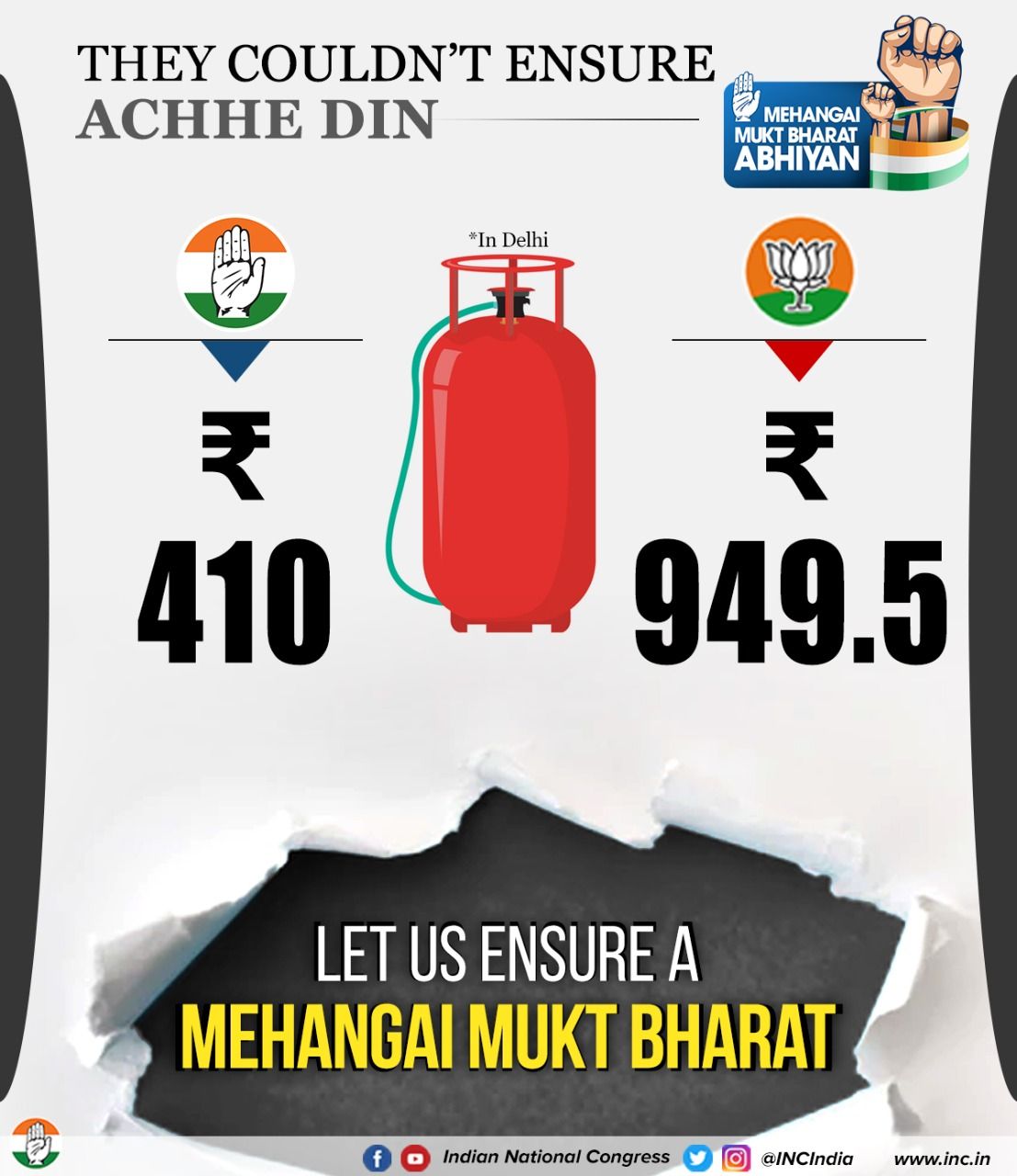 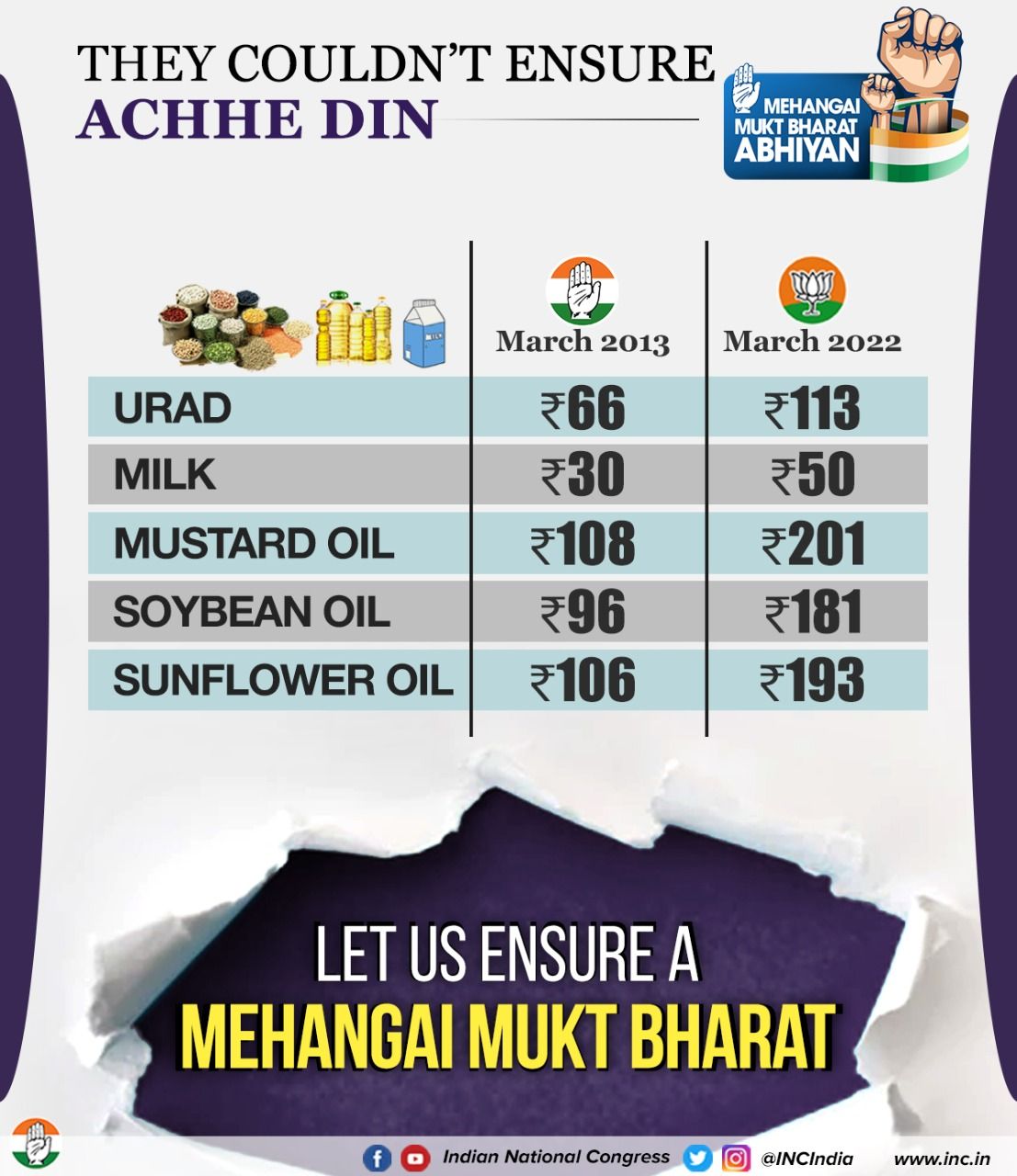 The WPI (Wholesale Price Index) and the CPI (Consumer Price Index) are two main indices used in India to keep a track of wholesale and retail price variations. These both have seen a significant rise since January and have breached the upper limit set by RBI’s Monetary Policy Committee.

Now the question that has been haunting us for the last eight years is ‘Where are the ‘Acche Din’, the BJP promised to the nation? Data from the last 9 years clearly shows the huge difference in prices under UPA and NDA governments. From March 2013 to March 2022, the country has seen an increase in prices at unprecedented rates. Petrol and diesel, which cost Rs 68.34 and Rs 48.67 per litre in March 2013, now costs Rs 101.81 and Rs 93.07 respectively. Similarly, CNG, whole grains, oil, and every other commodity of daily use have seen accelerated price hikes in the last 9 years.

The BJP government, which has no intentions of putting an end to this backbreaking inflation, has no plans of stopping there any soon. If that wasn't enough, the Modi government has granted the pharma companies permission to hike the prices of over 800 essential medicines. At a time when the country has been pushed into a dilapidated state of affairs—from economy to healthcare to infrastructure—this decision will furthermore crush the poor of the country. 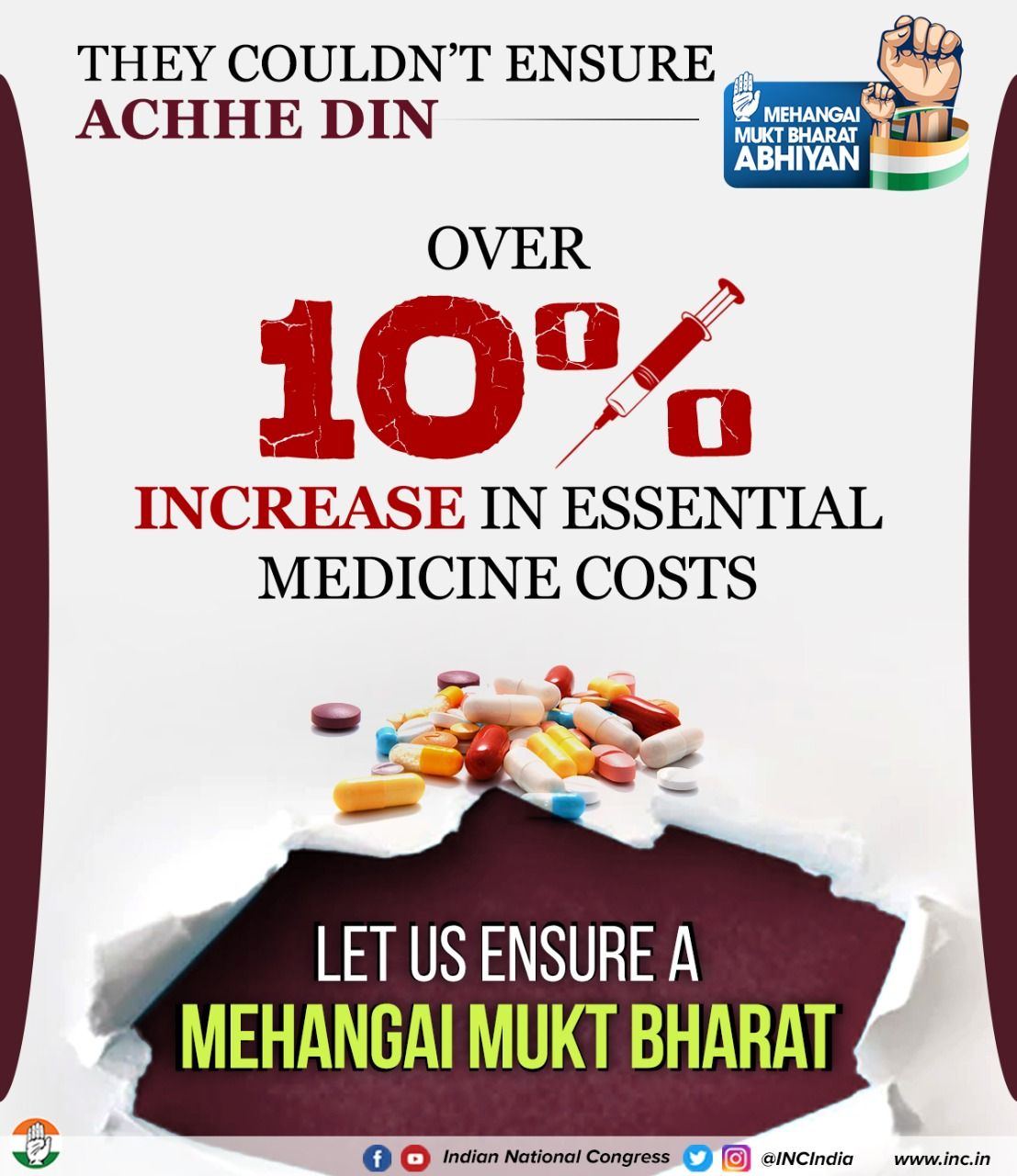 BJP cannot ensure ‘Acche Din’ and this has been well established now. But we, the people of India, have all the power in our hands to ensure an India that is inclusive of the rich and the poor and which provides for the basic needs of every single person residing in India. The BJP might play its usual blame game and the characteristic victim card, but there’s no denying the fact that the BJP has put India in a crushing state of affairs and is only exacerbating the damage with its half-witted and selfish policies.