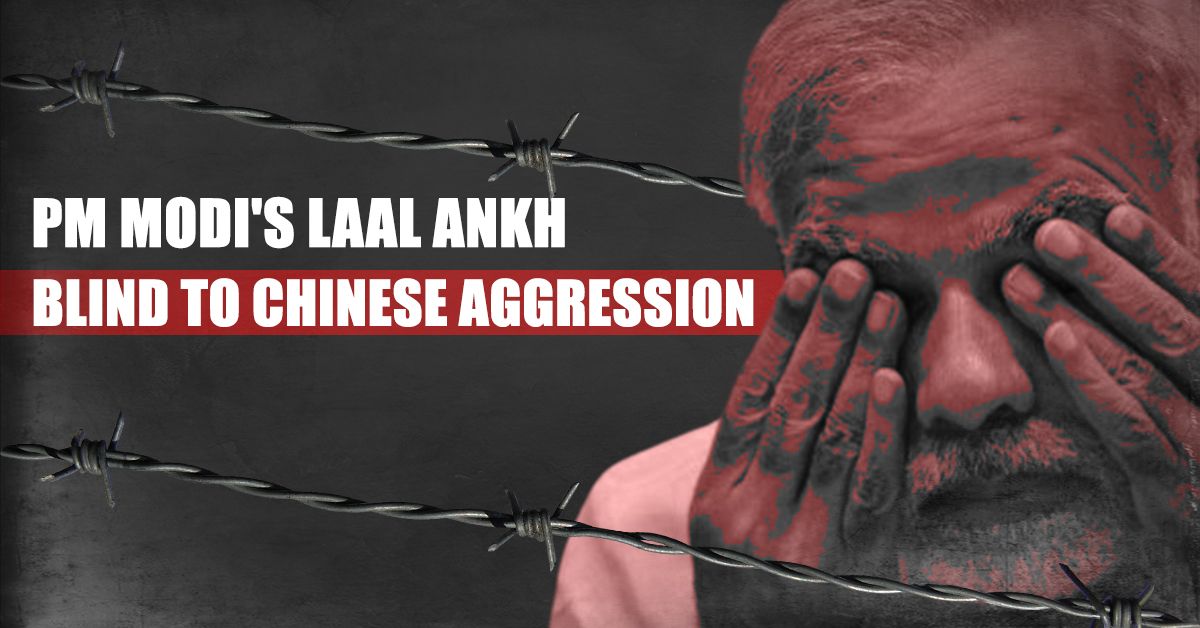 The territorial clash between India and China is an unignorable threat to the sovereignty and integrity of the country. Since the Indian & Chinese troops clashed in May 2020, the problem has accelerated dangerously in a manner that in September that year more than 10,000 People's Liberation Army (PLA) troops were present near the flashpoint that extends from the southern bank of Pangong Tso to the Spanggur gap and the strategic Rechin La pass, all of which fall under the Chushul sub-sector.

The presence of Chinese troops at the LAC was reported by all the leading media outlets. It was reported that China is constructing a bridge in eastern Ladakh, connecting the north and south banks of the Pangong lake, which will considerably bring down the time to move troops between the two sectors. The officials also confirmed two incidents of firing at the south bank of Pangong Tso. Later, in the last week of June 2022, a Chinese Air Force aircraft was observed flying very close to a friction point in the eastern Ladakh sector on the Line of Actual Control. Following which, the Indian Air Force responded swiftly as per standard operating procedures.

The Chinese have deployed a large number of fighter jets and unmanned aircraft at positions near the Indian territory. The major airfields in Hotan and Gar Gunsa have been upgraded immensely during the last two years. The last time such a breach happened, it led to multiple face-offs and physical fights in Eastern Ladakh.

Despite Prime Minister Narendra Modi being asked continuously to "break the silence" over Chinese "incursions" in the Galwan region of eastern Ladakh. Neither the PM nor the members of the ruling party could gather the courage to call out China and had denied any Chinese intrusion despite various confirmations and reports by different Indian intelligence agencies.

The last clash before that of 2020 took place back in 2013 in Despang when India was ruled by the UPA government. The clash led to no casualty as the Indian government protested diplomatically, asking the Chinese to withdraw their military and to recognise the status quo that existed before the incident. Through the efforts of then Minister of Foreign Affairs, Salman Khurshid, the issue was resolved in 20 days, whereas, the Modi Govt hasn’t been able to resolve the Ladakh standoff of 2020 yet. China now illegally occupies more than 38,000 square km of land in Ladakh.

Prime Minister Narendra Modi in June 2020 held the all-party meet to discuss the border incident along the Line of Actual Control (LAC) in eastern Ladakh where 20 Indian soldiers died in the line of duty in brutal hand-to-hand combat with the People’s Liberation Army (PLA). He underscored that the Chinese neither entered our territory nor any post was taken over by them. When the new Chinese villages were discovered near the Doklam plateau in November 2021, PM Modi and his government still brazenly chose to continue with their lenient and careless attitude towards China.

Even after authorising the Indian Army to occupy positions in the Kailash Range south of Pangong Tso on the night of 29/30 August 2020, PM Modi couldn’t hold on to it and ended up giving up these advantageous positions in February 2021 without insisting on a full Chinese withdrawal and a return to the status quo—an incident which was described by Former Corps Commander Major General Raj Mehta (Retd.) as a “grave mistake”.

It is a bounden duty of our government and the Prime Minister to ensure that Chinese transgression into India’s territories is defeated decisively. The BJP government is so lost in its internal propaganda and attacks on Indian institutions and agencies, that it has failed to take strong steps to counter China’s moves jeopardising India’s territorial integrity and sovereignty. In a time crucial for all international relations among countries, PM Modi’s silence and failure to take any action clearly show that the priorities of this government lie somewhere very far from its duties and responsibility towards the country.