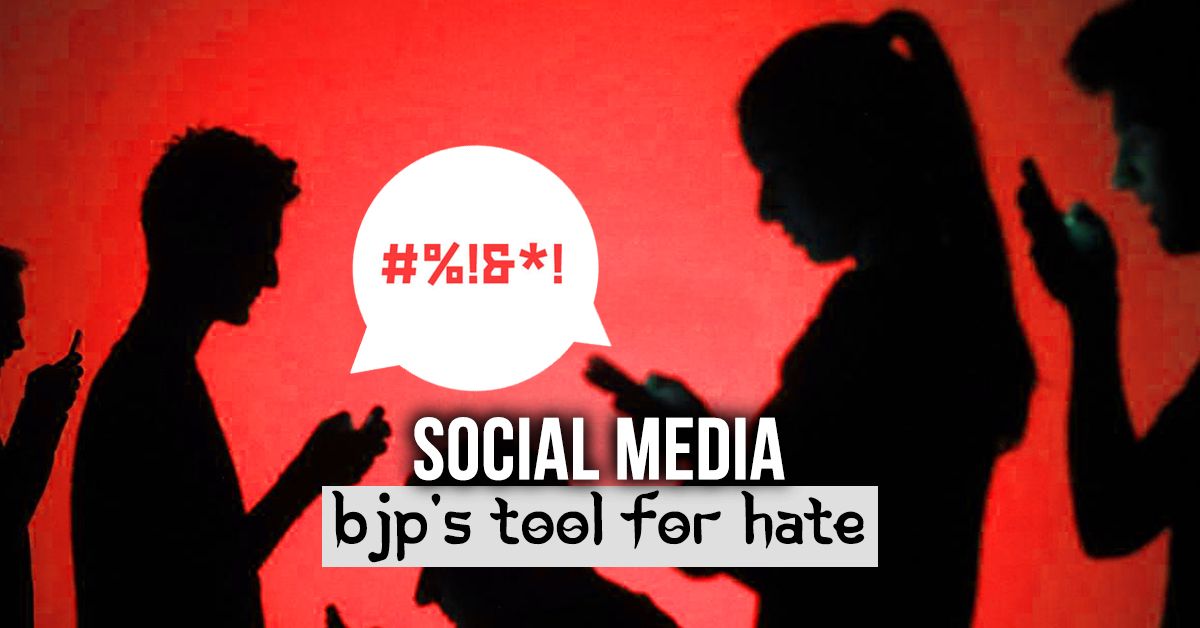 Social media, which was initially perceived as a liberating force for disenfranchised individuals without a voice, has now become an agent of hate. In a society like India, social media platforms have become primary sources of fake news and propaganda, empowering disruptive voices, hateful ideologies, and misinformation. With the potential to alter civic engagement, some social media platforms are hijacking democracy by influencing individuals towards a particular way of thinking.

The political landscape has been transformed negatively by the way of social media. Revelations by a Facebook whistleblower about the company’s decision to prioritise profit over human rights point toward the platform monetizing hate at the cost of user safety. SM Platforms amplify hate, misinformation, & political unrest and bring out the worst in humans. All this because hate speech, divisive political speech & fake news get more reach and reaction than any other kind of content. It is easier to incite anger than any other emotion. Angry and hateful messaging can stir up emotions.

The BJP has made good use of the drawbacks of social media. It has exploited it to change the political and ideological discourse of the country. A few years ago, Home Minister Amit Shah addressed BJP party workers and their social media troll army saying that they are capable of delivering any message they want to the public—truth or lies. BJP’s failure to condemn the incitement that is evident online for all to see the rhetoric that verges on the genocidal views has resulted in the country turning into ashes day by day. Those responsible almost never get arrested. In an attempt to save its vote banks, the BJP government has enabled extreme and reactionary voices to normalise their views.

The internal documents leaked by Facebook whistleblower Frances Haugen show “a struggle with misinformation, hate speech and celebrations of violence” in India. The researchers at the social media giant have pointed out that there are groups and pages “replete with inflammatory and misleading anti-Muslim content” on the platform. In India, Facebook and Whatsapp have been a vital platform for the spread of hate speech, false news and calls for violence against Muslims and other minorities. Both during the Delhi riots as well as in Bengal, people were subjected to a large amount of provocative content that encouraged conflict, hatred and violence through Facebook and WhatsApp.

Social media users spend more time on these platforms when they are scared, outraged, or constantly seeing content that reinforces their preexisting biases and opinions—whether right or not. BJP has been using this strategy against the nation to create divisions for its own political gains. Another infamous strategy of the BJP is the tool kit - a widespread manipulation of the public to bias their thinking by literally putting words in their mouth. It is a tested strategy of the BJP where it uses people and platforms to influence the public and uses the same words and content to orchestrate its false and hateful narrative among the public.

Another side of BJP’s vendetta politics on social media is that of silencing the opposing voices of those who put a threat to their hateful agendas. Not more than three days ago, Congress and pro-Dalit leader Jignesh Mevani was arrested by the Assam police. The tyrannical BJP government is not only using social media to spread hate but to weed out any voice, ideology, thought, or narrative that puts a threat to its plan of a burning India. In new India, the number for such unlawful arrests lies in hundreds.

Democracies depend on the people—accessing, understanding, and using information from the social media networks to make decisions about the society they want to live in. Thus, it is essential for a democracy to be free from these disruptive forces in order to function. We must continue to do what we do—ask the right questions and seek accountability—because the only ones who could stop this worrying spread of hate in India are we Indians ourselves.