The chronology of BJP's hate politics 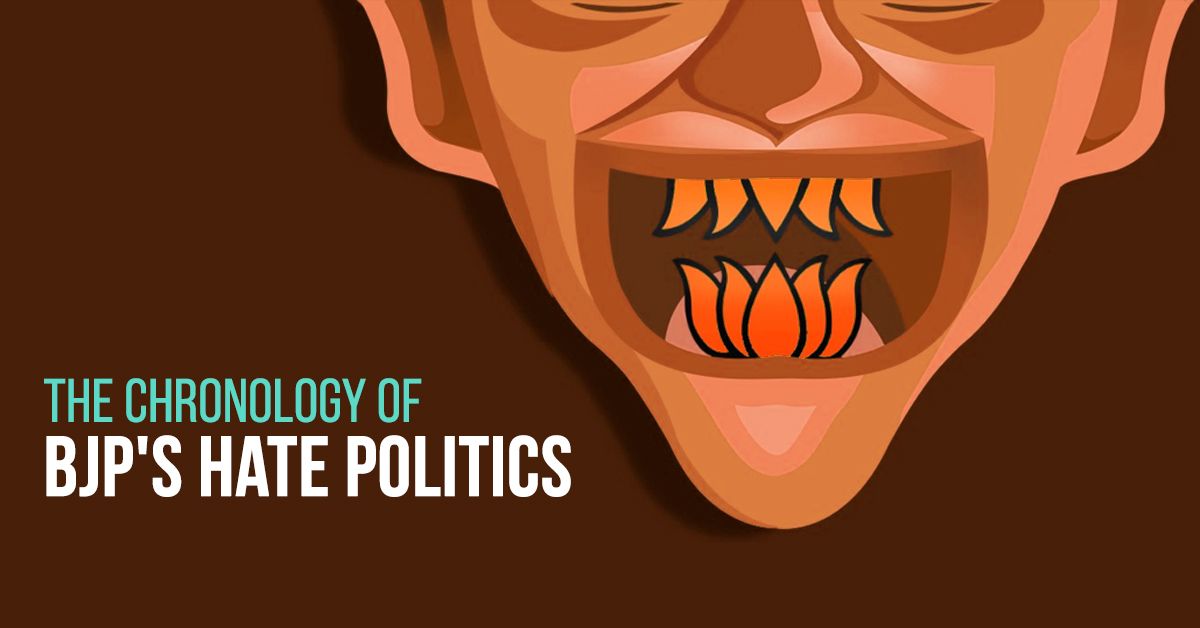 India is transcending into an authoritarian regime of communal hate and polarisation, where every sensible voice is being systematically silenced or intimidated. Hate crimes in India have exploded since BJP came to power in 2014, with religious and caste-based hate crimes surging nearly 30% in the 2014 to 2017 period, and then doubling during BJP’s second tenure. Data shows that around 90% of religious hate crimes in the last decade occurred during BJP’s reign. Since 2014, PM Modi’s reign has been criticised for sectarianism, dog-whistle politics, and instilling fear and insecurity among the people of India. The hate crimes might be committed by seemingly-ordinary Indians on the streets, but their actions are instigated by those who sit at the highest positions of democracy.

Incitation through hate speeches, failure to take action, silence on hate crimes, and systematic oppression - all of these together are forming an India that is no more a place for anyone to live peacefully .

The role of the BJP’s power to control narratives in the diverse paradigm of Indian history cannot be neglected. False narratives and rewritten history constitute the foundation on which the whole disguise of BJP’s ‘Hindu Rashtra’ is based. The accelerated rise of extremism since 2014 supports the part BJP plays in the sanctification and legitimisation of acts of sectarian violence in the country. BJP’s awful tendency finds its expression in the weaponization of hate advocated under the pretentious guise of religious populism. Detrimental actions of the BJP fueled by the malice of hate are utilising speech as an effective tool for gaslighting the vulnerable, impressionable public and disrupting the status quo of existing societal norms - leading to the disruption of peace and harmony in the society.

The BJP and RSS’s ideology is fundamentally incompatible with the constitution of India, according to which no religious community may be oppressed or marginalised, yet the members and leaders of both the organisations seem unbothered and unaccountable to all their unconstitutional actions. Such an example is when genocide was called openly in a three-day supremacist meet in Haridwar last December.

India today is in dire need to understand the difference between religious and political acts and the origins of religious identities. Our country has always celebrated the depth of diverse religious, linguistic, and cultural interactions. The BJP government has clearly failed to take any action against the hate-mongers who have become unafraid of the laws of the nation. The duty to save the country and put it back to its original state of peace and harmony lies in the hands of people now.