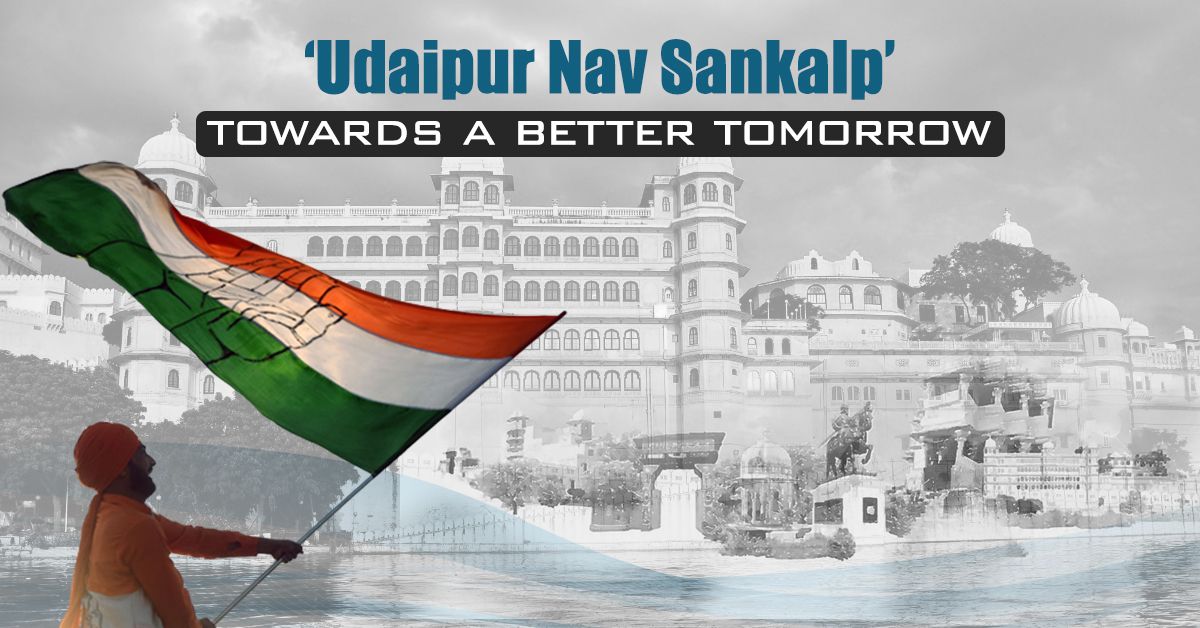 Today, our nation faces a similar turmoil as during British rule with widespread poverty, hunger, malnutrition, unemployment, and uncertainty. We are struck by soaring inflation, Rupee is at an all-time low and the country’s institutions, on which the economy thrived are being privatised. The wealth gap has widened and education is diminishing. The social welfare schemes are dead and the only thing that’s blooming is hate and divisiveness. We are not united anymore. The diversity we took pride in has become a weapon of destruction today.

Given the present circumstances prevailing in the country, it had become crucial for Congress to step in and deliberate a change. The Congress party held a 3-day Nav Sankalp Chintan Shivir in Udaipur during which six groups focusing on six different issues held discussions and resolved to the ‘Udaipur Nav Sankalp Declaration’. Given below are some of the important fragments from the resolution:

The Congress party fought for India when it was being ruled by the oppressive British Empire. The nation’s oldest political party united the country when it was in turmoil. After Independence, it strived to ensure food, health and prosperity for every section of the society. Now, once again, Congress is ready to fight this battle to bring unity and welfare for all of us and the coming generations.