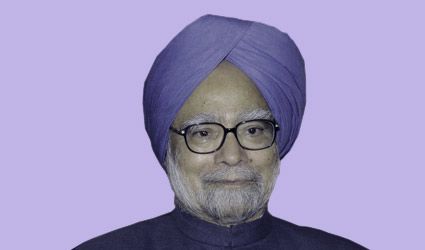 Dr Manmohan Singh, India’s 14th Prime Minister, presided over a decade of phenomenal growth and development. Under Dr Singh’s stewardship, India witnessed the highest growth rate in its history, averaging at 7.7% to become a nearly two trillion-dollar economy. India was catapulted from tenth position when Dr Singh took over into the world’s third largest economy by 2014, raising the living standard of millions.

At the core of Dr Singh’s idea of India was the belief in not just high growth but inclusive growth and of a tide that would raise all boats. This belief was enshrined in the passage of bills that ensured citizens the legal Right to Food, Right to Education, Right to Work and the Right to Information. Dr Singh’s rights-based revolution created a new era in Indian politics.

This story of unprecedented growth and prosperity is the story of Dr Singh’s premiership from 2004-2014. But it began during his tenure as Finance Minister from 1991-1996 when the script first began to take shape. In July 1991, Dr Manmohan Singh ended his budget speech with the words “No power on earth can stop an idea whose time has come. I suggest to this august House that the emergence of India as a major economic power in the world happens to be one such idea.” This was the beginning of his idea of India.

It is this period that launched India on its path to economic superpower status and also burnished Dr Singh’s credentials as an innovative thinker and administrator. However, the foundations of Dr Singh’s beliefs and his dedication to public service can be traced back to his early twenties and the very beginning of his career.

Dr Singh went on to teach at Punjab University and the Delhi School of Economics. He joined the Government of India as Economic Advisor in the Commerce Ministry in 1971. He was soon promoted to Chief Economic Advisor in the Finance Ministry in 1972. After a short stint at the UNCTAD Secretariat, he was appointed Secretary General of the South Commission in Geneva from 1987-1990. In addition, Dr Singh also held the positions of Secretary in the Finance Ministry, Deputy Chairman of the Planning Commission, Governor of the Reserve Bank of India, Advisor to the Prime Minister and Chairman of the University Grants Commission.

However, Dr Manmohan Singh is known not only for his vision that led India to become an economic powerhouse but also for his hard-work and his humble, soft-spoken demeanor. He is a Prime Minister who will be remembered not only for the leaps and bounds by which he took India forward but also as a man of thought and of integrity.