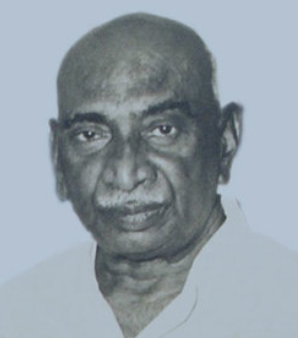 Kumaraswami Kamaraj played a leading role in shaping India's destiny after the passing away of Jawaharlal Nehru in 1964, to the Congress split in 1969.

Kumaraswami Kamaraj played a leading role in shaping India's destiny after the passing away of Jawaharlal Nehru in 1964, to the Congress split in 1969.

He was born humble and poor in a backward area of Tamil Nadu on July 15, 1903. He was a Nadar, one of the most depressed castes of Hindu society. His schooling lasted only six years. At the age of twelve, he was already working as a shop assistant. He was barely fifteen when he heard of the Jallianwala Bagh massacre which was the turning point in his life.

Two years later when Kamaraj saw Gandhiji at Madurai, he knew his path was chosen.

He became a member of the Indian National Congress. Kamaraj was content for years to remain a rank and file Congress volunteer, working hard for the cause of the freedom movement, unmindful of his personal comfort or career.

He was eighteen when he responded to the call of Gandhiji for non-cooperation with the British. He carried on propaganda in the villages, raised funds for Congress work and took a leading part in organising meetings. At twenty he was picked up by Satyamurthy, one of the greatest orators and a leading figure of the Tamil Nadu Congress Committee, who would become Kamaraj's political guru.

In April 1930, Kamaraj joined the Salt Satyagraha Movement at Vedaranyam and was sentenced to two years in jail—the first of his many stints in prison. Jail-going had become a part of his career and in all he went to prison six times and spent more than 3,000 days in British Jails.

Bachelor Kamaraj was forty-four when India became free. Kamaraj was elected President of the Tamil Nadu Congress Committee in February, 1940. He held that post till 1954. He was in the Working Committee of the AICC from 1947 till the Congress split in 1969, either as a member or as a special invitee.

He became Chief Minister of Madras in 1954. He was perhaps the first non-English knowing Chief Minister of India. But it was during the nine years of his administration that Tamilnadu came to be known as one of the best administered States in India.

In 1963 he suggested to Nehru that senior Congress leaders should leave ministerial posts to take up organisational work. This suggestion came to be known as the 'Kamaraj Plan', which was designed primarily to dispel from the minds of Congressmen the lure for power, creating in its place a dedicated attachment to the objectives and policies of the organisation.

The plan was approved by the Congress Working Committee and was implemented within two months. Six Chief Ministers and six Union Ministers resigned under the plan. Kamaraj was later elected President of the Indian National Congress on October 9, 1963.

Twice he played a leading role in choosing the Prime Minister of India. His defeat in Virudhunagar in 1967 considerably undermined his prestige. It was even said that he was a much disillusioned man. But the landslide victory at Nagercoil in 1969, revived his political stature. However, the split in the Congress in 1969 (he remained in the Organisation Congress) and the General Elections of 1971, resulted in another set-back to his political prestige and authority.

Kumaraswami Kamaraj continued to work quietly among the masses until the very end. He was honoured posthumously with India’s highest civilian award, the Bharat Ratna, in 1976.